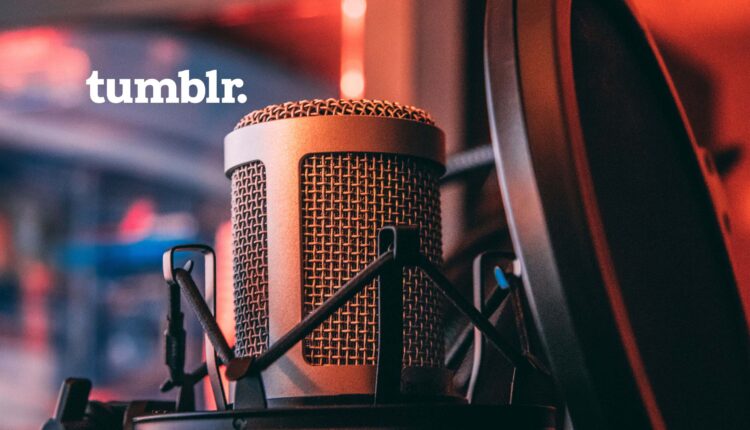 Activism has always been Tumblr’s core. As the home of youth internet culture, the platform for years has connected its users to their passions, interests, and, most importantly, meaningful social causes. This dedication to activism has only strengthened over recent years as Gen Z has taken the lead in creating meaningful social change; nearly half (48%) of Tumblr’s active users are Gen Z. From March for our Lives to Black Lives Matter, Tumblr has taken every opportunity to educate and empower its young community to activate their voices through the platform. Through LOUDR, Tumblr is doubling down on its commitment to empower its communities’ activism and fight on their behalf by directly supporting these organizations and charities.

“Tumblr’s earliest users have always been at the forefront of amplifying marginalized communities, and this passion for advocacy has only grown more powerful on Tumblr as Gen Z has emerged as a major force of activism around the world,” said Victoria McCullough, Head of Social Impact and Policy at Tumblr. “Just as the communities on Tumblr have celebrated diversity and inclusion, and have educated and empowered underrepresented voices, we feel that Tumblr must also lead by example in supporting and amplifying the critical perspectives of these communities.”

Selected partners will have their ad placed on one of Tumblr’s most viewed advertising components, the Tumblr Sponsored Day, which millions of Tumblr users will see at the top of their dashboards. For organizations that don’t have the means to develop creative, Tumblr will tap its community of Creatrs to create bespoke creative art for the ads.

Through LOUDR, Tumblr will seek to not only amplify the voices of established organizations but also emerging nonprofits that critically need exposure and connection to Tumblr’s advocacy-minded audience. Earlier stage nonprofits are especially encouraged to apply for participation in this initiative.

Ada’s Commitment to a Diverse, Equitable, and Inclusive…

Marketing Technology Highlights of The Week: 31st May…

Quotient Partners With Hy-Vee To Deliver Offsite Media And…