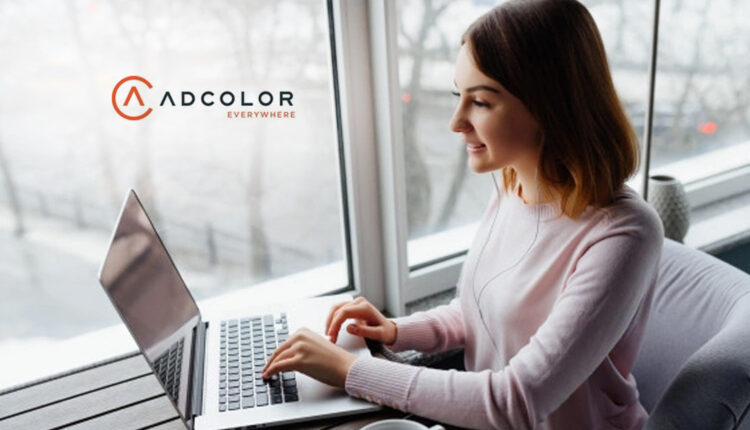 ADCOLOR, the premier organization dedicated to celebrating and promoting professionals of color and diversity in the creative industries, today announced Bing Chen, CEO & founder of AU Holdings & Gold House, and Mariana Atencio, award-winning journalist, author and entrepreneur, will co-host the ADCOLOR 2022 Conference. The ADCOLOR Conference is the premier diversity gathering for professionals at all levels, bringing together luminaries and esteemed leaders in the creative industries for thought leadership, networking and engagement opportunities.

Bing Chen is the executive chairman and founder of AU Holdings, a family of companies that incubate and invest in multicultural creators and communities to rebalance socioeconomic equity. In addition, he is executive chairman, chief executive officer and co-founder of Gold House, the premier collective of multicultural leaders dedicated to systematically unlocking socioeconomic equity for multicultural communities through unity, investments and promotion. He is also general partner and co-founder of Aum Group, a multicultural film fund, and serves as a Board Director and Advisor to several leading digital media companies including Google’s Global Marketing Board, Omnicom’s sparks & honey, Titan, Baobab Studios, Musely and more.

“ADCOLOR has been an essential forum for Gold House and had an integral influence on me,” said Chen. “I’m ecstatic to take the stage and amplify ADCOLOR’s ‘Rise Up, Reach Back’ mission to spotlight even more diverse creatives.”

Mariana Atencio took the world by storm in 2017 when her TEDx talk “What Makes YOU Special?” went viral. To date, it has over 17 million views and has been translated into 13 languages. Focused on the power of authenticity, her book Perfectly You was an Amazon Best Seller and selected by Audible and AppleBooks. She’s quickly become one of the most sought-after motivational speakers, founding her own media company, GoLike, and teaming up with Microsoft, YouTube, the World Health Organization and the United Nations, among others. A former anchor and reporter for NBC and MSNBC, her work has been honored with a Peabody Award, a Columbia University’s “First Decade Award” and the National Association of Hispanic Journalists Presidential Award.

“Our communities were disproportionately affected during the pandemic but have continued to beat the odds,” said Atencio. “This year’s ADCOLOR theme ‘Still Rising’ represents that spirit to overcome obstacles with grit, creativity and grace. I am excited to bring that sabor on stage this year!”

“Bing and Mariana are both undoubtedly innovators in their respective industries and communities, and are examples of trailblazers that constantly challenge the status quo,” said ADCOLOR Founder and President, Tiffany R. Warren. “ADCOLOR was founded on the idea of celebrating changemakers like them, so I am honored to have them both be a part of such a significant event for our organization.”

The ADCOLOR Conference is part of ADCOLOR 2022, taking place in Los Angeles, California from November 17 – 20, 2022 at the JW Marriott LA Live. It marks the long-awaited return to a fully in-person gathering following a virtual-only event in 2020 and a smaller, hybrid event in 2021. A limited number of in-person conference tickets still remain available for purchase. Those interested in rewatching the ADCOLOR 2022 Conference on demand following the live event can do so by purchasing an Unlimited Virtual ticket.

TAG/BSI Consumer Survey: All News Is Good News When It Comes to Brand Safe Content

ACP Believes in the Power of Data With Growth Investment in…