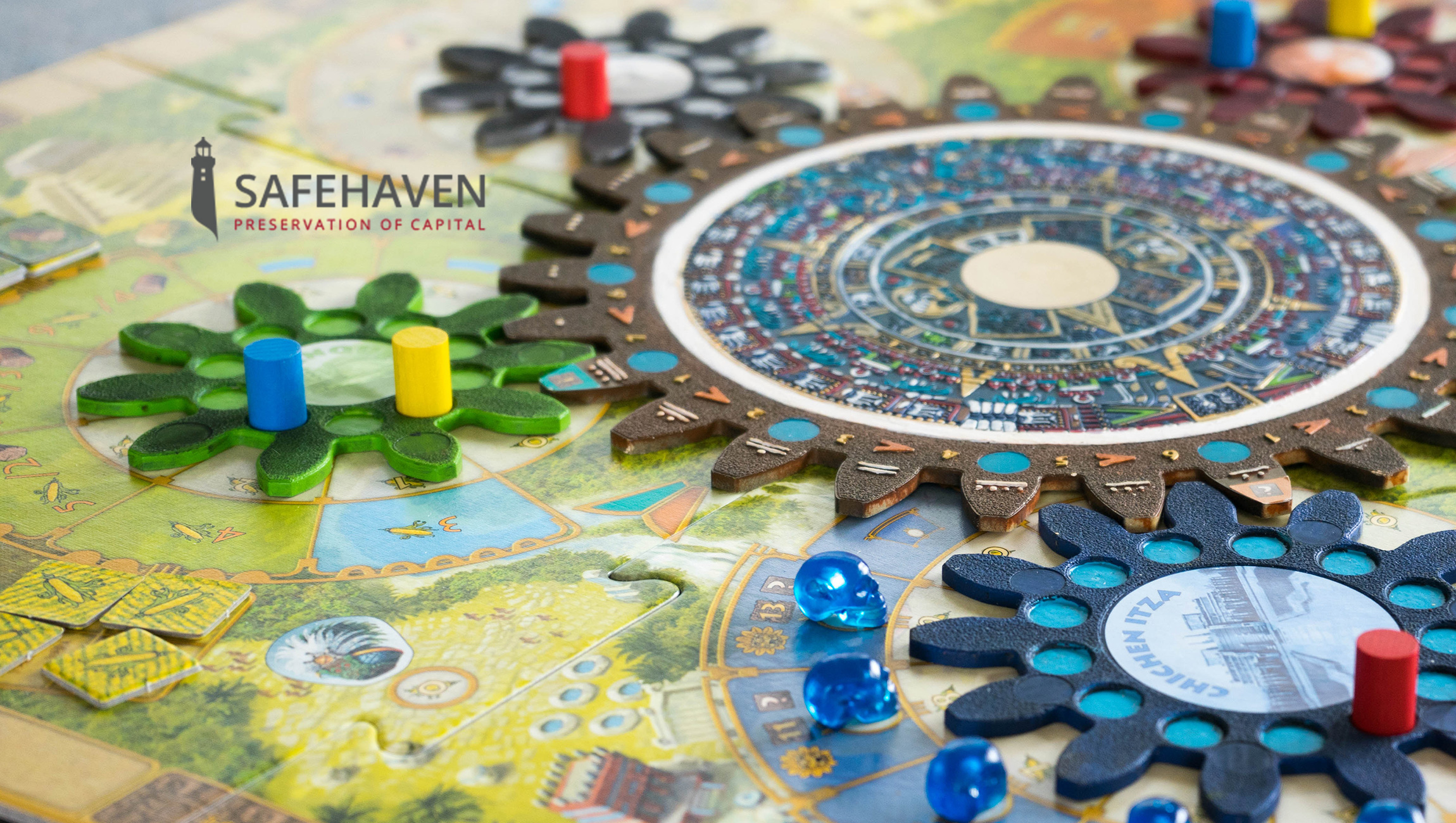 In the United States, there are about 211 million gamers – that’s two-thirds of the population. Twenty years ago, gaming was just a niche industry. But in 2019, gaming couldn’t be more mainstream. Revenue from video games has tripled since 2000, shooting up from less than $50 billion to over $130 billion. Mentioned in today’s commentary includes: Sony Corporation, Microsoft Corporation, Activision Blizzard, Inc., Electronic Arts Inc., Capcom Co. Ltd.

And with the market dynamics constantly changing – new games, new consoles, new tech released on a monthly basis – this dynamic sector is an excellent space for new investment, especially as competition for market share remains fierce.

One of the biggest video game publishers in the world is trying something a little different. Electronic Arts Inc. is launching a cloud streaming service, Project Atlas, that will allow players to stream games directly onto their game platforms. A surprise trial of the project occurred on September 9.

The service is meant to compete with Google’s Project Stream, the building block for a service called Stadia. Cloud gaming is very appealing for publishers as a way to reduce costs and encourage players to engage with more games on a single platform. It could also mean the game developers have the opportunity to gather more user data, information that can be leveraged into additional game packages, advertising, or other uses.

Right now, EA is focusing on testing its new cloud platform, ironing out kinks before it goes live sometime in 2020. This puts EA, a large-cap company with a long history, at the cutting edge. And it has analysts wondering if the company may be under-valued, offering an opportunity to investors to get in before the release of the new cloud platform.

Others aren’t quite so optimistic, pointing to EA’s poor performance YoY. Still, new tech and a game releases, and signs that EA (like other publishers) is changing with the times, should be good news for this stock.

Esports may only be a small part of the video game industry…but it’s currently one of the most exciting. The Fortnite World Cup demonstrated it global appeal, attracting millions of views with 16-year-old Kyle Giersdorf winning $3 million in the final.

This segment of gaming has become a sport on par with the NFL ($63 billion), NBA ($30 billion) and Premier League soccer ($10.2 billion). In fact, one estimate has esports surpassing them all, projecting the video game industry to grow to $300 billion by 2025.

The key right now is figuring out how to best monetize the growing popularity of esports. And that’s where Millennial Esports Corp fits in.

The company has tapped into multiple revenue streams related to in this sector, including events and data analytics, to yield maximum returns from an industry that attracts 190.1 million viewing hours and reaches 438 million people across the world this year.

First, Millennial collects data from online gaming streams through its data service, Stream Hatchet. Stream Hatchet is the first service dedicated to gathering user data on online gaming, which it can then deliver to Big Tech and media companies—basically acting as the “Nielsen of Gaming.”

All of the biggest names in tech, including Twitch, Youtube, Facebook and Steam, all desperately want the kind of data that Stream Hatchet provides as they can use it to understand and sell to their audience.

The same data can also be sold to major gaming developers such as Activision, Microsoft, and Ubisoft, who could use it to further develop products for the gaming community.

Along with Stream Hatchet, Millennial (GAME, MLLLF) owns a gaming developer called Eden which built games including V-Rally and is a partner to the world-famous Formula One racing brand. As any racing fan knows, F1 is the biggest name out there—in 2015 it earned more than FIFA, bringing in $16.2 billion, and F1 races regular attract more than 100,000 fans from around the world.

Through exclusive partnerships with Porsche and Nintendo, Millennial can tap into racing and gaming to develop esports events – including its premier tournament, World’s Fastest Gamer.

Developed by Millennial CEO and racing guru Darren Cox, ‘the Godfather of esports racing’, World’s Fastest Gamer is quickly becoming a global phenomenon. With its first series being broadcast in over 48 countries to reach an estimated 400 million households.

What makes Millennial unique? It has a head start on the competition – in data analytics and esports event planning. The model CEO Cox and his team is bringing to motorsports could be replicated in other arenas. And it’s all from a company that you can buy for less than a dollar.

Activision Blizzard’s stock took a pounding in the winter, dropping by 50% between October 2018 and mid-February 2019. The publisher of the wildly popular, though a bit aged, on-line game World of Warcraft had to cut jobs and focus on returning to profitability. And now Activision Blizzard is clawing its way back to the top. Rather than put it all on the line with a risky new roll-out, Activision Blizzard is focusing on its name-brands: games like Wow, Overwatch, and Diablo which already have millions of loyal fans.

It’s rolling out games for mobile devices, including a version of its shooter Overwatch for the Switch mobile gaming platform. And Activision Blizzard is mining nostalgia for World of Warcraft by releasing WoW Classic, which has surprised analysts by picking up 200,000 viewers per hour on Twitch in its first two weeks.

The release of WoW classic has revitalized the company’s brand and markets took notice immediately. For investors, these are positive signs that Activision Blizzard is getting back to basics in 2019. The stock price has been steadily climbing from a low of $45 in February to more than $55 as of September 9.

Like Activision, Capcom is another major game producer that relies heavily on some of its most successful brands. As the company behind Platinum level franchises like Street Fighter, Mega Man, and Monster Hunter, it has been able to carve out its spot in video game royalty. Its games have been so successful, in fact, that other major brands have jumped on board to do crossover titles like Marvel vs. Capcom, a video game bringing everyone’s favorite superheroes into a head to head fighting arena with iconic Capcom stars.

As one of the pioneers in the fighting genre, Capcom has brought people together to compete against one another for decades. Starting in neighborhood arcades, its games have naturally progressed into the world of professional esports. Street Fighter competitions, in particular, have paid out millions in prizes and commands a massive following of older and younger players.

Sony, one of the world’s biggest hardware manufacturers, is also a titan in the video game industry. Sony has carved out a major chunk of the video game platform market with its PlayStation console – now about to enter its fifth generation with the PS5.

The console is set to roll out next year, and is building considerable anticipation. Sony is strengthening its position against its major competitor Microsoft by acquiring unique titles through different developers.

In September, Sony announced it was acquiring Insomniac Games, the creator of Spyro and Ratchet & Clank, and one of the most experienced VR developers in the world. But Insomniac’s real success has come from the wildly popular Spider-Man (2018), one of the biggest PS4 releases.

The potential for additional Spider-Man releases increased once it was announced that Marvel Studios (owned by Disney) gave up the rights to the Spider-Man character during protracted negotiations with Sony.

A raft of new releases in 2019 should be good news for Sony as it prepared to close up its PS4 console and shift attention to the new PS5. But it still has to go head to head with another technology giant.

The maker of the Xbox and publisher behind such groundbreaking titles as Halo and Destiny, Microsoft unexpectedly became a heavy-hitter in the gaming industry in the early 2000s. More recently, the company’s video game division has hit a few snags – like the rest of the industry, profits were held back by spiraling costs.

Now, Microsoft seeks to revitalize its gaming brand. Five years ago, the company bought up a dormant brand – Gears of War – and has a new game in the GoW series set for release in 2019, with plans for a movie, comics, games, and other tie-ins.

The company continues to build the Xbox brand, releasing more games for the “Xbox Game Pass,” a subscriber services that gives customers access to dozens of titles.

The service is modeled off TV subscriber packages, and it could indicate a massive shift in the economics of the industry. Spiraling costs – big releases like Gears 5 can cost as much as a Hollywood summer blockbuster – have eaten into profits. Microsoft is hoping cheaper games and bundled packages can bring in new customers who have shied away from a new game’s $60 price tag.

TBIT Pursue Higher to Increase the Speed to Capitalize On…