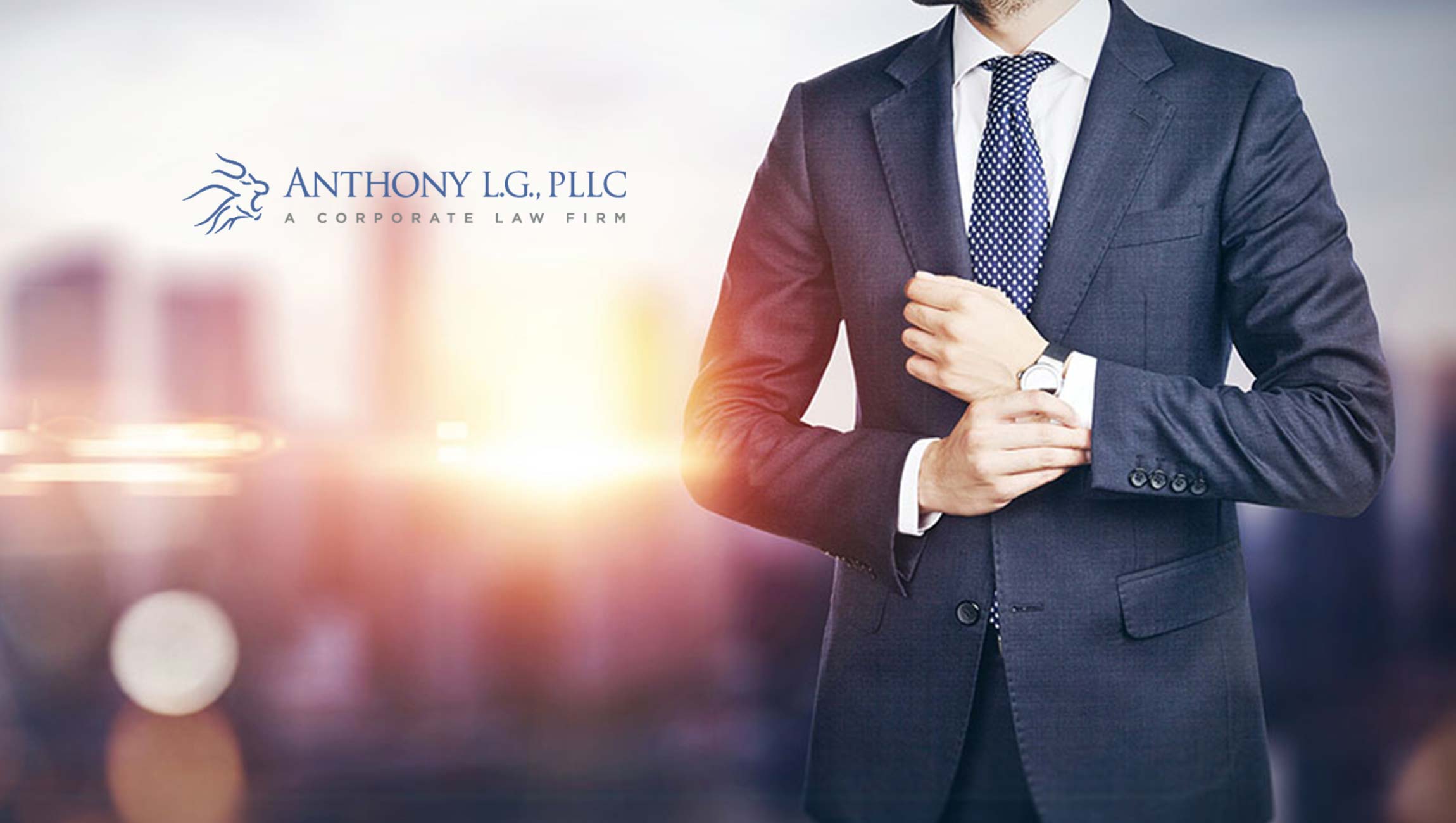 More than a few unprofitable companies completed IPOs in 2019. The in-the-red frenzy fizzled out by the fall and some underwater issuers postponed or entirely scrapped their plans to go public. The topic has been beaten to death by financial wizards and industry analysts. Every conceivable opinion, outrage and examination has been chronicled and published.

Now is the time to live and learn, then move forward.

For every action there is an opposite reaction, so the outlook for 2020 is looking quite different. The investment community, retail and institutional investors alike, are now skeptical and will need to be properly incentivized in order to come back to the table. They will only pull the trigger and infuse more cash into startup companies that are so overwhelmingly attractive; they cannot be ignored or dismissed.

The Chinese Zodiac tells us that 2020 is the year of the rat, but Wall Street has made it clear that the unicorn will dominate the year ahead.

A unicorn is a privately held startup company valued at over $1 billion. The term was coined in 2013 by venture capitalist Aileen Lee, choosing the mythical animal to represent the statistical rarity of such successful ventures.

Aileen Lee is a U.S. seed investor and the founder of Cowboy Ventures. Lee coined the often-used Silicon Valley term ‘unicorn’ in a TechCrunch article ‘Welcome to the Unicorn Club: Learning from Billion-Dollar Startups’ as profiled in a New York Times article.

According to the Corporate Finance Institute, the valuation of unicorns is derived from valuations developed by venture capitalists and investors who participated in the financing rounds of the companies. Since all unicorns are startups, their value is primarily based on their growth potential and expected development. The unicorns’ valuations are not strongly related to their actual financial performance or other fundamental data. Note that despite their abnormally high valuations, many of the companies have yet to generate any profits.

Valuing unicorn companies is a sophisticated process that involves the consideration of various factors and the development of long-term forecasts. Additional complications often arise due to the business models of such companies. Some companies become the first business of their kind in an industry, which makes the valuation process even more complicated.

The concept of the unicorn sounds too good to be true: a private company worth in excess of $1 billion. As with all things financial, there is no room for emotion. It is imperative to understand as much as possible about unicorns, IPOs, DPOs and all other opportunities before deciding to participate.

Valuations are still based on projections. Much akin to the unprofitable IPOs of 2019, some analysts claim that their valuations are just too lofty.

A 2019 Wall Street Journal article by Justin Lahart titled ‘Public Markets Expose the Myth of the Unicorn’ explains why some unicorn valuations may be unjustified.

The danger is that, after multiple fundraising rounds, some unicorns may have been bid up so much that their private-market valuations won’t be palatable to investors in the public market. That could force companies and their bankers to make the difficult choice between accepting a lower IPO price or risking a steep stock decline after their public debut.

There are some big differences between how the process of raising money and going public works now and how it worked through the early 2000s. The unicorns are generally so much better funded and more mature than the tech stocks of yore that the common practice of labeling them startups seems a misnomer.

Lahart also raises a very good question: can a company with a $1-billion-plus valuation still be considered a startup?

Tech startups are drawing bucket-loads of investor capital, but prospective returns are plummeting. When reality finally sets in, a crash is inevitable, various observers warn. As Keith Wright, an instructor of accounting and information at the Villanova University School of Business, writes in a commentary for CNBC, “In case you missed it, the peak in the tech unicorn bubble already has been reached. And it’s going to be all downhill from here. Massive losses are coming in venture capital-funded start-ups that are, in some cases, as much as 50% overvalued.” He adds, ominously, “We are now officially in a tech bubble larger than March of 2000.” In addition to overvalued tech startups that are still privately owned, some highly touted IPOs in recent years have crashed, leaving investors burned.

Kolakowski unabashedly catalogs the unicorns of 2020 and the underwater IPOs of 2019 in the same category.

Getting to Know Unicorns

An ongoing flow of capital into private companies means one very important thing: many companies that would ordinarily feel pressured to IPO stay private longer.

“This is really a new phenomenon,” Jane Leung, the managing director and chief investment officer at Scenic Advisement, told Fortune magazine in 2019. “You really didn’t have companies this size coming to market five years ago even.”

The glut of unicorns, according to Leung, can be attributed to the huge inflows of capital into the private markets since 2008, primarily from institutions. “The private markets are so big because the money is really flowing there,” Leung says. “This really stems back to the [global financial crisis] in 2008—this search for yield after the crisis.”

It is reasonable to state that a company that can afford to stay private longer should indeed make a stronger debut when it finally IPOs. Be that as it may, it is essential to remember that all IPOs are still subject to extreme volatility, both economic and emotional, and unicorns are not immune.

Brian Deagon summarized some key points for the Investor’s Business Daily: “IPO Stocks of Unicorn Company Giants Bring No Guarantees”: “The unicorns — private companies worth more than $1 billion — are a lot bigger and often a lot farther from profitability,” Deagon stated. He admitted that these issues can be very exciting but “Investors should know a few things about investing in initial public offerings and avoid joining the crowd chasing lofty names just for their celebrity status.”

Attorney Laura Anthony is the founding partner of Anthony L.G., PLLC, a national corporate law firm based in West Palm Beach, Florida. Ms. Anthony stated, “The unicorn IPO may be new, but old-school, objective analysis and the discipline to maintain a long-term perspective on the issuers is still imperative. Should sound decision making give way to impulse and key company fundamentals be overlooked, there is such a large valuation in the equation, investors will inevitably be disappointed.”

A recent Reuters article, “WeWork Debacle has Unicorn Investors Seeking Cover,” emphasized the overwhelming importance of investor safeguards as they pertain to IPOs.

In the months since office-sharing startup WeWork’s botched public debut, mid- and late-stage investors in big start-ups have been pushing for more safeguards in case their firms fail to go public or sell shares at a lower valuation than pre-IPO financing rounds.

Fundraising terms are rarely made public, but more than a dozen Silicon Valley-based lawyers, entrepreneurs and venture-capital investors told Reuters that since WeWork’s canceled public offering and other ill-fated IPOs, investors have been securing protections of their original investments in ‘unicorns’ – private companies valued at $1 billion or more.

Tougher terms are the price to pay for ensuring late-stage funding and sustaining the pipeline of initial public offerings, but also can be detrimental for founders, employees and early-stage investors, which in turn could make M&A deals challenging.

Several high-profile unicorn IPOs have derailed, but these events must be viewed in perspective. With any new breed there is always the maturation process that must be endured; growth and advancements are always accompanied by setbacks.

It was only a few years ago that a startup company with a valuation in excess of $1 billion was considered to be a mythical creature. The unicorns have now descended, and investors, both retail and institutional, must familiarize themselves with this new species of IPO, specifically how it behaves when released on the public markets.

By Focusing on Consumers, PrivacyUX Turns CCPA Compliance into a Market Advantage for California Enterprises

The Future of Digital Marketing Rests With Consumers

Celebrate the Creator Community at VidCon 2022 With…