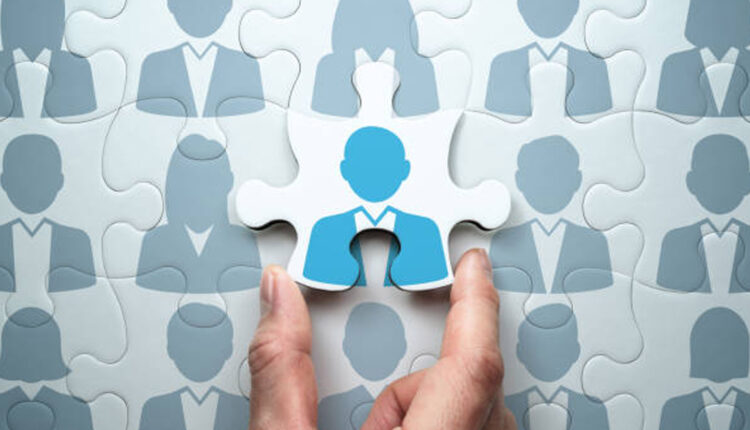 Quotient Technology Inc., the leading digital media and promotions technology company, announced that its Board of Directors has implemented a series of actions consistent with its commitment to shareholder value creation.

Matthew Krepsik, currently Chief Technology Officer, will assume office as Quotient’s next Chief Executive Officer by year-end 2022. Mr. Krepsik will succeed Steven Boal, who has served as CEO since August of 2019, when he returned to execute a turn-around of the business, and will be stepping down at the time of the transition.

Mr. Krepsik joined Quotient in April 2021 and serves as its Chief Technology Officer, building a team of leading technologists and extending the Quotient product portfolio into new markets and partnerships. Mr. Krepsik is a veteran of the advertising technology industry, having served in leadership positions at Nielsen Holdings plc before joining Quotient.

“Quotient has had multiple discussions with Engaged Capital in an effort to avoid the expense and unnecessary distraction of a contested director election. We have shown our genuine willingness to find common ground, including implementing many of the changes we are announcing today and appointing Mr. O’Grady to the Board.”

Mr. Boal said, “The Company has strengthened its core operations and is successfully executing on its turn-around strategy, and both the Board and I believe that now is the right time to initiate this transition of leadership responsibilities. Since Matt joined last year, he has proven himself to be an invaluable member of the leadership team. He has been instrumental in recruiting new leaders with significant ad-tech experience, including Daniel Pumphrey, the Company’s new Chief Information Officer, and a new Senior Vice President of Engineering, and is continuing to build a strong team. Quotient will leverage his strengths to capitalize on growth opportunities and continue to differentiate the Company as a leader in digital media. The CEO transition announced today follows a nearly year-long planning by the Board, and we expect the transition to be seamless as we continue to perform and deliver on our long-term growth plans.”

Robert McDonald said, “Although his retirement from the CEO role will occur later in 2022, I would like to take this opportunity to thank Steven for his years of leadership at Quotient during his exceptional career. Steven founded Coupons.com in 1998 and brought the company public in 2014, before eventually rebranding the Company as Quotient in 2015. Under his leadership, Quotient has built an infrastructure that is scalable, automatic and sustainable, and able to reach shoppers effectively and efficiently. Through his close relationships with key customers and partners and operational focus, Steven and the leadership team have re-positioned the business for sustainable growth and value creation.”

Mr. Krepsik commented, “I am honored that I will become the next CEO of Quotient when Steven steps down. I am looking forward to building on the strong foundation we have in place to enhance our customer and partner experiences. Together with our talented team, we will continue to execute our strategy, developing new compelling capabilities and building valuable partnerships to lead the industry forward. I am excited to work with the Board and the entire Quotient team as we capture the significant growth opportunities ahead.”

Separation of Chair and CEO Roles

Effective immediately, the Board has elected to separate the roles of Chair of the Board and CEO. The Board has elected Robert McDonald as non-executive Chair of the Board, effective March 23, 2022. Mr. McDonald was Chairman and Chief Executive Officer of Procter & Gamble Company from January 2010 until June 2013 and served as the U.S. Secretary of Veterans Affairs from July 2014 until January 2017. Mr. McDonald joined the Quotient Board as an independent director in November 2018. Andrew Gessow, currently Quotient’s Lead Independent Director, will remain a director of the Board.

Mr. McDonald, Quotient’s Chair of the Board, said, “I’m pleased to serve as Chair of the Board, working closely with our active and engaged directors to guide management as they execute on our strategy and business objectives. As a Board, we are dedicated to ensuring we provide independent oversight on behalf of shareholders and that we are executing on the optimal strategy with the right team.”

Eric Higgs Appointed to the Board

Quotient has appointed Eric Higgs as a Class I director to the Company’s Board of Directors, effective immediately. In connection with the appointment of Mr. Higgs, Christy Wyatt is stepping down from the Board, effective immediately. As previously announced by the Company on December 20, 2021, Ms. Wyatt has been planning to step down from the Board to focus on her role as CEO and a director of Absolute Software Corporation and as a director of Silicon Valley Labs, Inc., both public companies.

“We are excited to welcome Eric to the Quotient Board of Directors,” said Mr. McDonald, Chair of Quotient. “He brings decades of leadership experience in the consumer goods and retail industry and has a successful track record of building and growing brands through traditional and digital outlets, driving improved sales and profitability. We believe his extensive sales and marketing knowledge will be extremely valuable as we continue to enhance our product portfolio and business operations to deliver greater value to our partners.”

Mr. McDonald continued, “On behalf of the Quotient team, I want to thank Christy Wyatt for her dedicated service and contributions as a Board member. We wish her all the best in her future endeavors.”

Upon Mr. Higgs’s appointment, the Board will consist of Mr. Higgs, Mr. Boal, Jody Gessow, Lorraine Hariton, Alison Hawkins, Steve Horowitz, Robert McDonald and David Oppenheimer. Mr. Boal will not stand for re-election when his term ends at the 2022 annual meeting. Mr. Krepsik will be nominated for election at the 2022 annual meeting in connection with his pending appointment as CEO.

Formation of Strategic Board Committee

The Board has formed a new Strategic Board Committee to review all aspects of the Company’s business, including its strategy, financial plan and opportunities for growth and shareholder value creation. The Committee will engage a financial advisor to assist with its mandate. The Committee will make its recommendations to the full Board following its review.

Interactions with Engaged Capital; Offer for Board Appointment

Quotient regularly engages with its shareholders and members of its Board and management have been actively interacting with Engaged Capital, LLC and its affiliates for more than a year.

Quotient has received formal notice from Engaged Capital that it intends to nominate two individuals, Christopher Hetrick, Director of Research at Engaged Capital, and Matthew O’Grady, a former executive of Nielsen, for election to the Quotient Board of Directors at the Company’s next annual meeting.

Mr. McDonald continued, “Quotient has had multiple discussions with Engaged Capital in an effort to avoid the expense and unnecessary distraction of a contested director election. We have shown our genuine willingness to find common ground, including implementing many of the changes we are announcing today and appointing Mr. O’Grady to the Board.”

The date of Quotient’s 2022 Annual Meeting has not yet been announced, and the Board has not yet nominated or recommended its slate of candidates for election. Shareholders are not required to take any action regarding the Annual Meeting at this time.

Ultranet Has Launched an Open Test of a Decentralized…