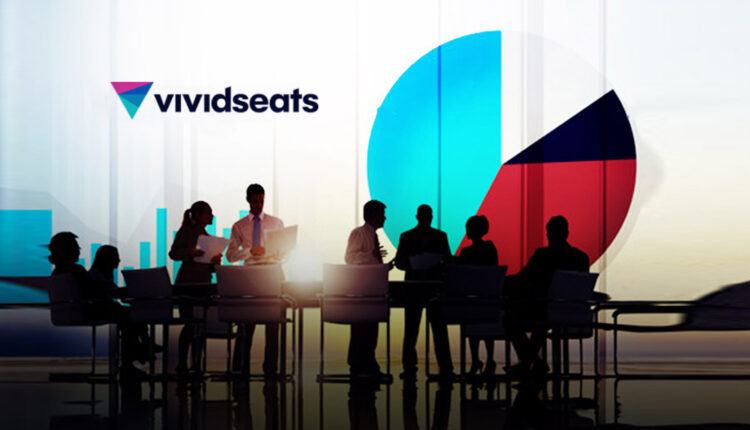 Vivid Seats Inc. (“Vivid Seats” or the “Company”), a leading marketplace that utilizes its powerful technology platform to connect millions of fans with thousands of ticket sellers across hundreds of thousands of live events each year, announced three key appointments to strengthen its leadership team. Dan Timm will serve as Chief Operating Officer, Tyra Neal will serve as Chief Marketing Officer and David Morris will serve as General Counsel, each reporting directly to Vivid Seats Chief Executive Officer Stan Chia.

“As Vivid Seats enters this next chapter, it is important that our leadership team reflects our company’s mission to drive growth and provide an unparalleled customer experience. The caliber of talent that our leadership team possesses is truly one of a kind. I am confident that Dan, Tyra, and David bring depth and a breadth of experiences that will help drive the organization as we continue to lead within the industry,” said Stan Chia, Chief Executive Officer.

Dan Timm is an operations-focused leader with broad experience as an executive and investor. In his previous roles, Mr. Timm drove significant strategic, organizational, and operational improvements to successfully transform and scale multiple businesses in a variety of industries. Before joining Vivid Seats, Mr. Timm held senior executive positions at a number of companies, including ExteNet Systems, Chatham Technologies, and The Bruss Company, and he was an operating partner at GTCR where he served as a director for numerous private and public companies. Mr. Timm received his Bachelor’s degree in Accountancy from the University of Illinois Urbana-Champaign and his MBA in Finance and International Business from the University of Chicago.

Tyra Neal is an innovative marketing executive with deep experience in both early stage and globally recognized brands. Before joining Vivid Seats, she served as Chief Marketing Officer at Shinola, where she led growth, engagement, e-commerce, and customer experience for the direct-to-consumer retailer named Adweek’s Coolest Brand in America. Previously Ms. Neal was Vice President of Global Marketing at Aveda, a purpose-driven beauty brand in the Estée Lauder portfolio. She also held senior roles at Luxottica, Walmart, and on the agency-side at Resource Interactive/IBM iX working with Procter & Gamble. She has been recognized by Business Insider as a CMO to watch and named to Forbes’s CMO Next 2021 list.

David Morris is an e-commerce industry leader who brings extensive legal and business experience working with consumer internet platforms. Prior to joining Vivid Seats, he served as Vice President and Associate General Counsel at Tripadvisor Inc., a global online travel research and marketplace business, where he worked from 2008-2021 on a wide variety of commercial, regulatory, and corporate legal matters for Tripadvisor’s hotels, flights, and vacation rentals marketplace businesses domestically and internationally. Prior to his tenure at Tripadvisor, he served at Invensys, PLC from 2003-2008. Mr. Morris began his legal career at the law firms of Wilmer Hale and Hinckley Allen. Mr. Morris received his bachelor’s degree in Political Science and American Studies from Brandeis University, his law degree from Boston University, his master’s in business administration from Suffolk University, and his master’s in communications from Boston University.

These appointments follow Vivid Seats’ announcement that it expects to become a publicly traded company, which is expected to be effective as of the closing of its proposed merger with Horizon Acquisition Corporation (“Horizon”) (NYSE: HZAC), and subsequent listing on the NASDAQ under ticker “SEAT”.

Purell Takes Top Spot as Brand People Are Using Most in Second Year of the Pandemic, according to MBLM’s Follow-Up Brand Intimacy COVID Study