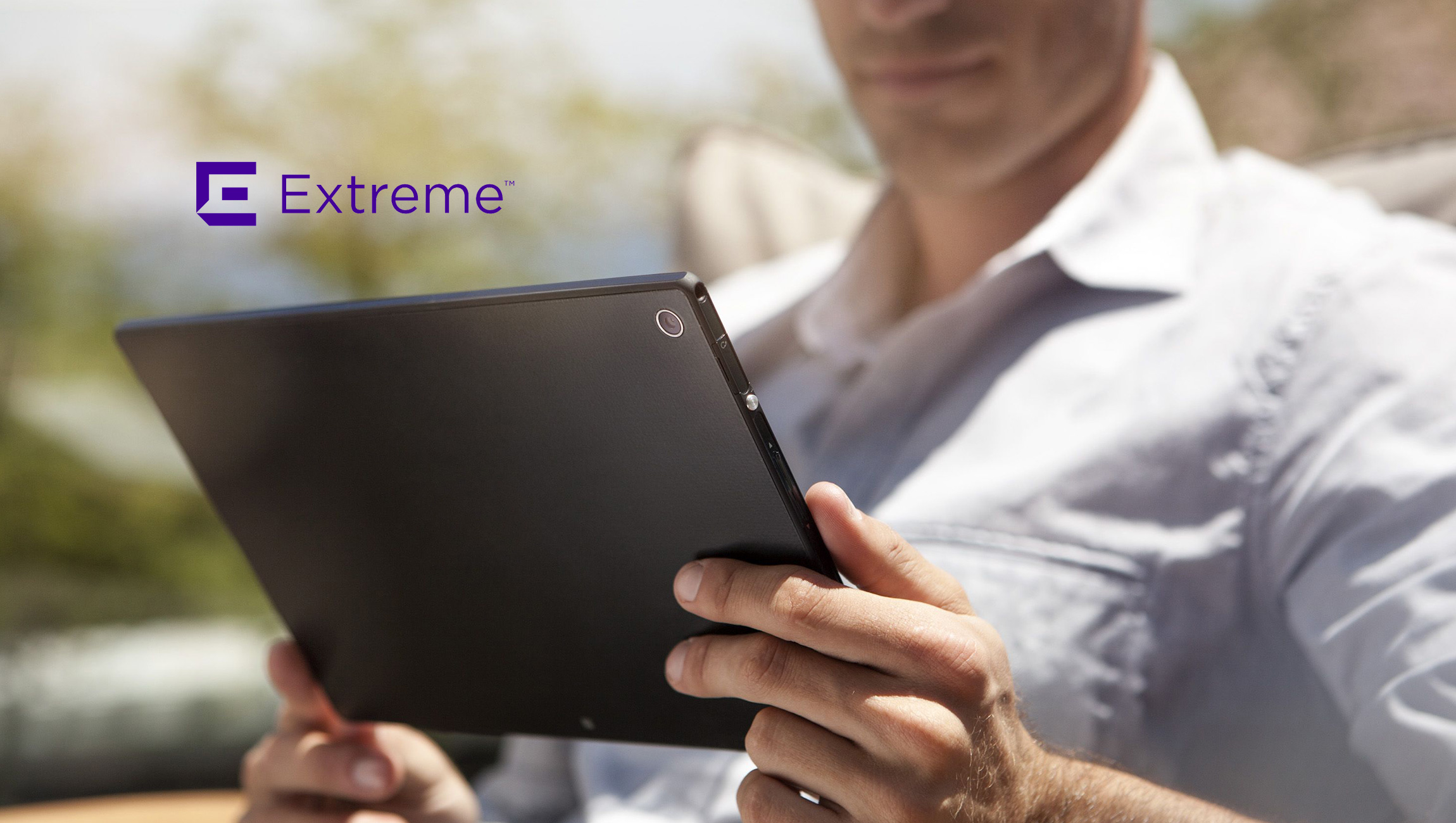 A record 23.24 gigabits per second (Gbps) was the peak Wi-Fi data transfer rate within Gillette Stadium during last night’s New England Patriots home opener against the Pittsburgh Steelers when the Patriots unveiled their Super Bowl LIII banner, beating previous data records by 58 percent. At 23.24 Gbps, this is the biggest network moment ever at a sporting venue.

The record-breaking increase in fan engagement was analyzed by Extreme Networks, Inc. , the Official Wi-Fi Solutions Provider of the National Football League (NFL) for the 7th straight season. Results gathered from Extreme’s Wi-Fi analytics solution show fans at the 65,000-seat stadium used the Facebook app the most to share this key moment, and iCloud, iTunes, Snapchat and Instagram were among the top five apps overall during the game. The volume of social data transferred throughout the game reached 1.4 terabytes – an increase of 67 percent – over 2017 Patriots home opener (Super Bowl LI banner unveiling).

Extreme’s Smart OmniEdge solutions, including ExtremeMobility access points and ExtremeAnalytics software, have been deployed at Gillette Stadium since 2012 to enable stadium Wi-Fi and support the Patriot’s goal of delivering the ultimate in-stadium experience for fans. Extreme’s hardware and analytics software elements provide the Patriots with reliable connectivity and real-time visibility into network usage, providing business intelligence that allows the six-time NFL champions to improve the fan experience and directly impacts the effectiveness of the Patriots organization.

Extreme Networks is the Official Wi-Fi Solutions Provider of the National Football League, delivering high-density Wi-Fi or Wi-Fi analytics solutions to 25 NFL teams, and during the past six Super Bowls. Extreme’s networking solutions are deployed in professional sports stadiums around the world, and at more than 17,000 schools and 4,500 college campuses worldwide, powering digital education initiatives and enabling competitive esports programs.

Fred Kirsch VP of Content, New England Patriots and Kraft Sports Productions“The home opener for a Super Bowl champion is special. The team unveils its championship banner and every fan in the stadium wants to capture that moment along with all the other festivities leading up to it. We’ve been lucky enough to have done this before and saw huge spikes in social sharing during this game so our IT department, along with Extreme Networks, made sure we were prepared. Man, are we glad we did. At more than one terabyte, social sharing volume during the Super Bowl LIII banner unveiling at Gillette Stadium represents the highest data throughput rate of any moment during any sporting event. It’s events like this that clearly reinforce the value of investing in stadium connectivity, and the importance of working with partners like Extreme that deliver not just state-of-the-art technology, but the expertise and intelligence to ensure an exceptional fan experience game after game, year after year.”

Michelle McKenna, Chief Information Officer, National Football League“The Patriots were among the first to embark on a digital transformation when the NFL committed to upgrading our stadium infrastructures with high-density, high-capacity Wi-Fi connectivity more than seven years ago. We saw the latest example of the benefits of that cutting-edge connectivity tonight as fans were able to share with the world their experiences and memories from being in the stadium when the Patriots raised their latest Super Bowl banner. I have no doubt that digital will continue to augment the in-stadium experience during game-days with our fans generating even more buzz and excitement around their favorite teams and players.”

Norman Rice, Chief Marketing, Development and Product Operations Officer, Extreme Networks“The New England Patriots lead the industry in delivering an exceptional game-day experience, from the on-field action to digital stadium services. Fans are excited to be a part of it, and can’t wait to share their experience, as evidenced by the volume of data shared during the Super Bowl LIII banner unveiling at last night’s home opener. Extreme Networks is proud to support this digitally forward championship team with our high-performance, high-capacity network technology and advanced Wi-Fi analytics.”

How Consumer Insights Can Satisfy a Marketer’s Need for Agility, Innovation, and Disruption