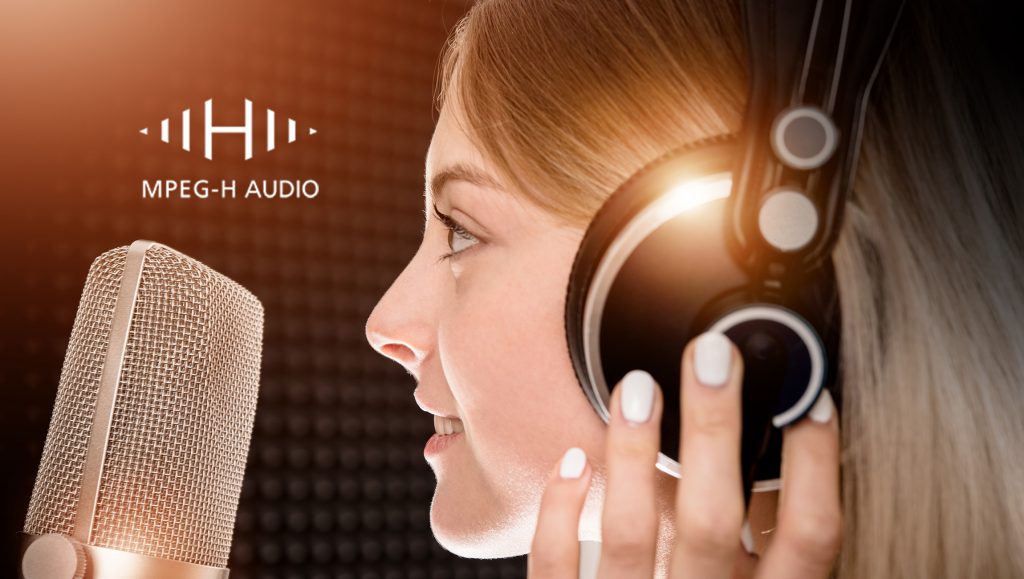 The SBTVD (Sistema Brasileiro de Televisão Digital / Brazilian Digital Television System) Forum has selected MPEG-H Audio for inclusion as an additional audio system in the ISDB-Tb specifications. This allows broadcasters to deliver immersive and personalized sound to Brazilian viewers over the existing SBTVD/ISDB-Tb system by simulcasting MPEG-H Audio alongside the existing AAC audio. Fraunhofer IIS and its technology partners EiTV and ATEME will showcase live ISDB-Tb broadcasting using MPEG-H Audio for the first time at the 2019 SET Expo trade show, taking place from August 27 to 29 in São Paulo, Brazil.

For the live transmission at SET Expo, ATEME’s TITAN encoder will be used to encode audio and video content. It generates a transport stream containing two audio streams using AAC and MPEG-H Audio according to the ISDB-Tb specifications, while an EiTV Playout Professional headend device produces the necessary PSI/SI tables required for ISDB-Tb transmission and the final multiplex compatible with the specifications of the Brazilian SBTVD/ISDB-Tb pattern. ISDB-Tb signal reception will be performed by an EiTV smartBox with full support for the Brazilian Digital TV System interactivity standard DTVi.

Multiple professional MPEG-H production solutions will be on display at the 2019 SET Expo trade show. The Fraunhofer booth (Expo Center Norte Red, Sala 01 Rua A – Pavilhão Vermelho) also includes a real-time encoding-decoding chain and tools to produce 3D sound and interactive audio with MPEG-H. At the Solid State Logic (SSL) booth #106, visitors can step inside an OB truck supplied by Epah Estudios to experience an immersive and interactive MPEG-H production with material captured at the 2019 Eurovision Song Contest using a mixing console by SSL and a Linear Acoustic AMS Authoring and Monitoring System.

In addition, the Fraunhofer booth will be offering consumer demos such as the MPEG-H enabled Sennheiser AMBEO Soundbar as well as MPEG-H enabled TV sets from Samsung and LG that are already in use in South Korea.

“We are excited that MPEG-H Audio has been selected for the Brazilian Digital Television System. This major enhancement will bring the most advanced audio experiences into Brazilian viewers’ homes. The maturity of the MPEG-H Audio system, its availability in professional broadcast equipment, and its advanced personalization features are key factors for fast adoption in the Brazilian market. We will continue to work closely with Brazilian broadcasters on enabling them to produce more and more MPEG-H content, as well as with local professional equipment manufacturers on updating their products with MPEG-H support,” says Adrian Murtaza, Senior Manager, Technology and Standards at Fraunhofer IIS.

44574
We store cookies on your computer to improve your experience and provide more personalized services, both on this website and on other sites. For more information about the cookies we use, see our Privacy Policy. We won't track your information when you visit our site. We will have to use at least one cookie to ensure that you won't have to make this choice again.AcceptPrivacy Policy