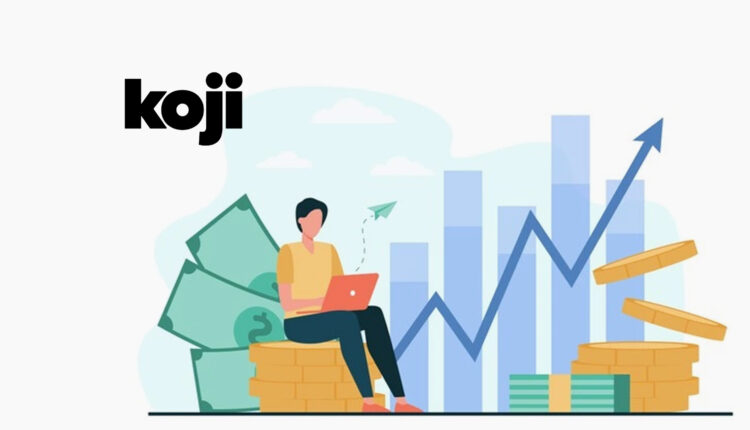 “Koji is refactoring the creator economy into an ecosystem where incentives between creators, consumers, and developers are truly aligned. We believe that the creator economy will be the dominant way tomorrow’s artists and entrepreneurs make their livings, and we are empowered to build a powerful, equitable foundation for it to flourish,” said Koji CEO Dmitry Shapiro.

Since launching in March 2021, over 150 thousand creators use Koji’s Link in Bio platform and over 200 apps to engage with their audiences. Koji’s app store includes everything from fun novelties like customizable games to powerful utilities like Shoutout, an app that lets creators offer customized videos to their fans. Koji recently announced a suite of innovative Web3 apps, including commerce apps that offer product discounts for customers who own specific NFTs.

Powered by Koji’s cutting-edge platform, Koji apps open directly inside every social media app, without requiring any downloads or installs. These apps are not subject to App Store taxes, letting creators and app developers keep more of their earnings. New apps are released every week and are created by Koji’s community of independent developers, creator economy startups like Laylo, Subtext, and Fanfix, and Koji’s own in-house developers.

“Koji’s developer ecosystem and platform runtime radically decrease the time and cost required to create new creator economy apps. These technologies, alongside our Web3 roadmap, give rise to a future where creators have true equity and governance in the tools and services on which they rely to make their livings, and developers and entrepreneurs have new paradigms for thinking about the next generation of creator economy apps,” said Sean Thielen, Koji Co-Founder and Chief Architect.

“The ability to access innovative tools and services for creators from all walks of life has been one of the largest drivers behind the growth of the creator economy. Koji’s unique and innovative app store has led to the creation of an authentic ecosystem for creators and developers to participate, monetize, and eventually own content. We are thrilled to be supporting Koji and look forward to working closely with the team,” said Saaya Nath, Vice President at Jump Capital, who is joining Koji’s board of directors in conjunction with the fundraise.

Koji was founded by Dmitry Shapiro and Sean Thielen and has raised $36 million in total. The company will use the new funding to grow its engineering and creator teams, accelerate development of the platform, and further develop its Web3 and crypto offerings.

Skyword Appoints Peggy Byrd, Chief Marketing Officer of Boston Globe Media, to Its Board of Directors

The App-Ocalypse: Over Half of Marketers Have Lost Revenue…

Mintegral Climbs the Ranks in Tenjin’s 2022…