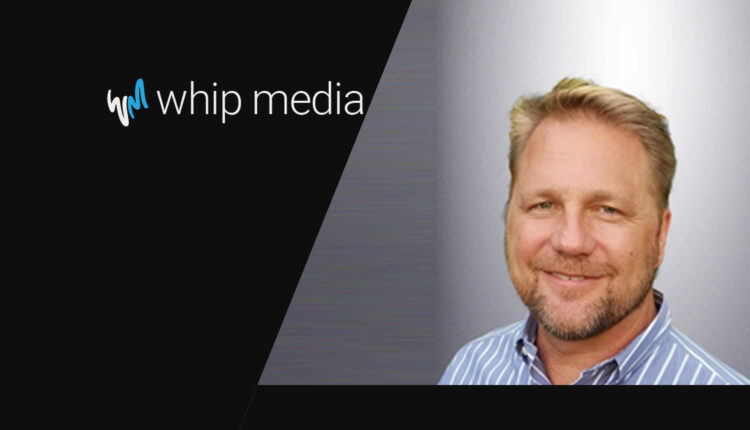 Whip Media, the leading enterprise software platform and data provider to the world’s largest entertainment organizations, announced today that Paul Childers has joined the company as Vice President of Sales, Latin America. In his new role, he will lead Whip Media’s sales and client acquisition efforts for its data and content licensing solutions throughout the region.

Childers joins Whip Media with more than 25 years of experience in global sales and management for leading PayTV, OTT and SaaS providers across Europe, Latin America and the US. He has held senior roles at major media companies including Comcast, Liberty Global, and DirectTV, along with a variety of innovative high-growth startups that support OTT platforms as well as leading studios.

“Paul has a successful track record of building and selling products into South American markets to drive revenue growth for some of the world’s largest entertainment companies,” said Paul Hastings, Whip Media’s SVP of Global Sales. “He will be a huge asset as Whip Media expands its footprint in Latin America.”

“Whip Media’s unique data and platform provide a true competitive advantage to OTTs in this rapidly evolving market,” said Childers. “I’m excited to join the team and help grow Whip Media’s presence in a region that is one of the fastest-growing OTT marketplaces in the world.”

Childers’ appointment comes during a time of rapid growth for Whip Media across all areas of its business. This growth speaks to a significant market opportunity and demand for Whip Media’s enterprise platform and proprietary global data and insights. The company’s growing roster of clients is comprised of more than 50 of the biggest media and entertainment companies including all major Hollywood studios, top broadcasters, and the largest global MVPD operators in the world.

IBM Acquires Waeg to Deepen Expertise Across the Salesforce…

Tech and Trust Report Reveals Data Privacy and Safety Is an…

White Bullet Integrates with 4D to Enable Advertisers to…