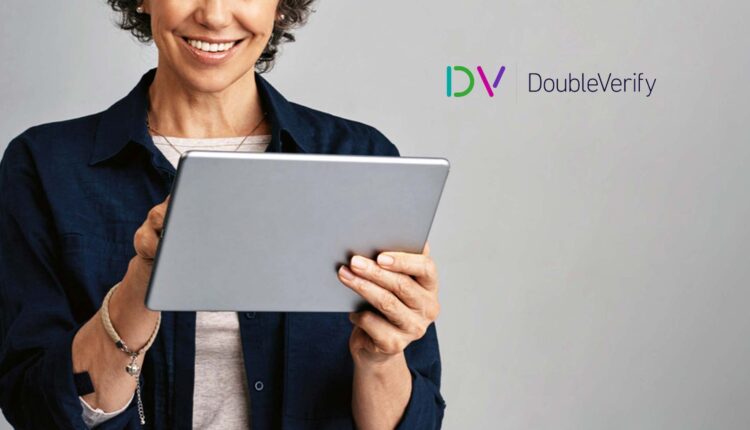 DoubleVerify(“DV”), a leading software platform for digital media measurement, data and analytics, announced that the Media Rating Council (MRC) has extended DV’s accreditations to include DV’s impression and viewability measurement (as defined by MRC’s viewability standard) and reporting for display and video ads on Facebook and Instagram. This marks the first time a third-party solution has been accredited by the MRC for integrated viewable impression measurement on a large digital platform such as Facebook.

“MRC’s accreditation of DoubleVerify for its integrated viewability measurement on the Facebook and Instagram platforms represents a major achievement,” noted George W. Ivie, Executive Director and CEO of the MRC. “This first of its kind MRC accreditation, which resulted from an end-to-end audit that included elements of both Facebook’s data collection and transmission, and DV’s ingestion, processing, and reporting of that data, can give advertisers and others who rely on it the assurances they need that independent, third-party advertising measurement is achievable today on large digital platforms.”

DV’s third-party integrated measurement solution allows clients to see their media spend across all digital platforms and environments, and the MRC accreditation of DV’s viewability solution with Facebook and Instagram marks an important move to increase transparency within the industry. MRC accreditation is the culmination of a process involving an audit, conducted by independent CPAs on MRC’s behalf, to verify that a measurement service’s procedures, controls, disclosures and reporting meet established industry standards for validity, reliability and effectiveness. Ad placements accredited as reported by DV include those covered in MRC’s earlier audit of the data points collected, processed, and passed to third parties through the Facebook and Instagram pipeline process, namely, display & video creatives served within the Facebook Newsfeed on desktop and mobile web as well as those served on the Facebook/Instagram mobile apps.

“Being the first to achieve accreditation for third-party measurement on a large digital platform such as Facebook is an attestation of DV’s commitment to reliable and accurate processes and methodologies across our platform and company,” said Matt McLaughlin, COO at DoubleVerify. “This has been a multi-year project, which included auditing of Facebook as well as DV, and we are proud to be the first accreditation of an integration with Facebook’s apps and technologies.”

The MRC’s viewability standard, first set in 2014, helps brands ensure they only pay for inventory that is likely to have had the chance to be seen. Integrated third-party measurement on Facebook and Instagram gives advertisers a clear understanding of their investment and allows them to drive performance by optimizing campaigns toward viewable placements.

DV first received MRC accreditation in February 2013 for its impression quality suite of services and desktop display viewability. In 2015, the MRC accredited DV for desktop video ad viewability and invalid traffic for both desktop and mobile web, and in 2017, DV received additional accreditation for the detection of invalid traffic within mobile apps.