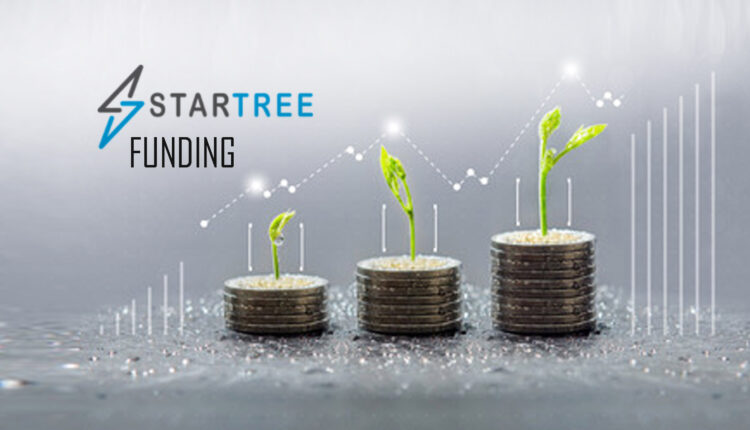 Will Spur Growth of Emerging Market for User-Facing Analytics

StarTree, Inc. today announced $24 million in Series A funding to build and offer a cloud analytics-as-a-service platform built around Apache Pinot™, which is uniquely designed to serve up fresh analytics at scale with low latency for thousands or millions of users. StarTree was founded by Apache Pinot’s creators, who built and operated the real-time analytics platform at LinkedIn and Uber. Apache Pinot has now been proven at scale by LinkedIn, Stripe, Uber, Walmart, Weibo, WePay and many others. StarTree will use the investment to spur broad adoption of user-facing analytics, as progressive data-driven companies provide real-time insights to customers and business partners to grow their engagement and revenue.

“From LinkedIn to Uber to Stripe, the most innovative companies increasingly provide real-time analytics as part of their applications,” said Glenn Solomon, managing partner at GGV Capital. “Providing scalable insights to users and customers serves as a strong competitive advantage, fueling more engagement and more revenue. Our research has shown that Apache Pinot is the highest performance real-time analytics platform in the market, putting StarTree in the unique position to democratize data for all users. We’re excited to back this incredible team.”

StarTree’s investors believe that user-facing analytics will grow into a multi-billion dollar market opportunity. Examples of user-facing analytics include more than 50 LinkedIn products, all powered by Apache Pinot, ingesting millions of events per second and serving more than 150,000 queries per second at millisecond latency. Sample applications include LinkedIn’s Who Viewed My Profile, LinkedIn’s Company Analytics and UberEats Restaurant Manager.

“Real-time analytics are moving beyond the enterprise, as digital pioneers increasingly see value in exposing insights to their customers, partners and franchisees,” said Enrique Salem, partner at Bain Capital Ventures. “That creates new pressure on existing data infrastructures, which are inadequate for real-time use cases. Data warehouses, data lakes and stream processing systems are all part of the modern data stack, but enterprises still need better ways to federate and serve up fresh analytics at scale with low latency. We believe a new generation of real-time OLAP data stores will meet the need, and StarTree is well positioned to become the category leader based on their groundbreaking work with Apache Pinot.”

“StarTree represents one of the best early technical teams I’ve ever seen in my venture career,” said Max Gazor, General Partner at CRV which led the Series Seed round in the company. “Under Kishore’s leadership, the company has very quickly built the market’s leading real-time data platform that companies of all sizes can leverage.”

“While at LinkedIn, I saw the positive impact that Apache Pinot and Apache Kafka delivered,” said Neha Narkhede, co-founder of Confluent and former lead engineer at LinkedIn. “The high-throughput, scalable, real-time analytics made possible by Pinot created new opportunities for LinkedIn and our members, driving improved engagement, delivering new features, and enabling every member direct access to their user analytics. I am excited to now support the commercial rollout of Apache Pinot through the work of StarTree, which will further democratize data analytics and the value enterprises create from their massive and growing data stores.”

“Apache Pinot revolutionized the way LinkedIn thinks about data analytics and delivers value to our members and customers through highly dimensional, near-real-time insights,” said Igor Perisic, Chief Data Officer, LinkedIn. “Member experiences, such as ‘Who Viewed My Profile’ data, have been enabled at scale thanks to Pinot’s performance profile. As the first company to use this technology, we are thrilled to see StarTree moving quickly toward commercialization so the rest of the world can reap similar benefits from the platform.”

Delivering Real-Time Data for More Users and Use Cases

“Businesses struggle to fully realize the value of their massive and growing data,” said Kishore Gopalakrishna, co-founder and CEO of StarTree. “StarTree meets that challenge by meaningfully expanding the types of people who can access and act on real-time data. With StarTree, all technical and non-technical users can make better decisions with the most up-to-date information. We are thrilled to work with top investors like Bain Capital, GGV and CRV to bring our vision to life, as we help businesses reimagine what’s possible with their data.”

StarTree’s commercial product is built on the same real-time distributed OLAP data store as Apache Pinot. The data store can ingest from batch data sources (such as Hadoop HDFS, Amazon S3, Azure ADLS, Google Cloud Storage) as well as stream data sources (such as Apache Kafka). The software-as-a-service product will be designed for analysts, data scientists and developers to build enterprise applications and business intelligence systems.

MarTech Interview with Terry Duffy, SVP and GM of Digital First Software and Services at NCR