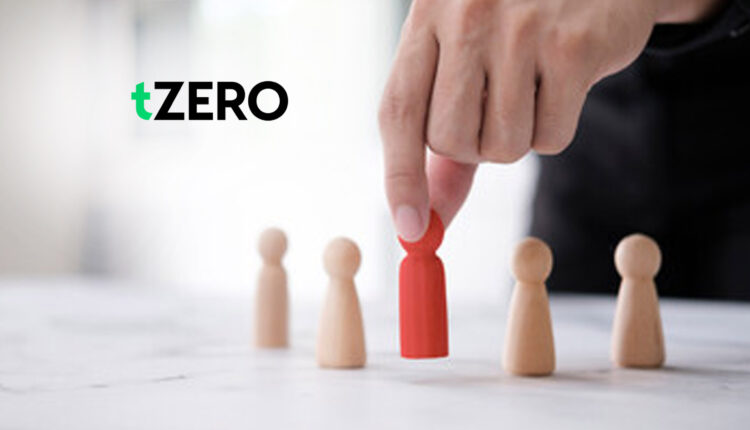 tZERO, a leader in blockchain innovation and liquidity for digital assets, announced that Alan Konevsky, tZERO’s former Interim Chief Executive Officer and Chief Legal Officer, has been appointed as tZERO’s Executive Vice President and Chief Legal and Corporate Affairs Officer, effective March 2022. Konevsky’s appointment is in connection with the recently announced significant minority investment by Intercontinental Exchange, Inc. and the appointment of David Goone as tZERO’s Chief Executive Officer. In his new role, Konevsky will be responsible for a range of strategic, corporate, legal, regulatory, and other matters. He will also have an active role in guiding tZERO’s growth strategy under Goone’s leadership.

“Alan is a key member of the experienced tZERO team and as one of the longest-serving leaders at the company. He has played a critical role in tZERO’s strategy and operations, including during the leadership transition,” stated Matt Mosman, Chairman of tZERO’s Board of Directors and General Partner at Pelion Venture Partners. “Alan did a tremendous job in keeping the company humming during his interim leadership over the past months, and I look forward to watching him accelerate tZERO’s growth in his new role with the company together with David and the rest of the tZERO team.”

David Goone, tZERO Chief Executive Officer, noted, “I am delighted to be a part of tZERO and work with Alan to lead our talented team through the company’s next stage of growth and development.”

“It has been an honor to steer tZERO’s business operations during the leadership transition,” said Alan Konevsky. “I have great personal and professional admiration for David and his accomplishments and am enthused to continue working with the tZERO team as we develop new markets and products that leverage the secular relevance of digital infrastructure for institutional, retail, and consumer ecosystems, including with cryptocurrencies, securities, and NFTs.”

tZERO is a technology firm with the goal of democratizing access to capital markets. tZERO brings together issuers and financial firms seeking a transparent, automated, digitally enabled marketplace and investors seeking access to unique private assets, public equities, cryptocurrencies, and other digital assets, including non-fungible tokens.

The Problem Of Too Much Choice: How Can Marketers Reduce…