One in five commercial emails worldwide fails to reach its intended target, according to the 2017 Deliverability Benchmark Report from data solutions provider Return Path. This new research reveals that just 80 percent of email is delivered to the inbox, while the remainder—a full 20 percent—is diverted to spam folders or goes missing.

The report’s findings are relatively consistent with the company’s 2016 and 2015 benchmarks, which reported a 79 percent global inbox placement rate. While this rate has improved slightly in the past year, the significant percentage of filtered messages means that marketers are still missing out on a valuable opportunity to drive ROI from the email channel.

“Email remains the most popular and effective channel available to marketers, so it’s more important than ever to get it right. If your emails aren’t reaching the inbox, you’re missing out on an opportunity to build relationships and generate ROI,” said Return Path President (https://media.licdn.com/mpr/mpr/shrinknp_400_400/p/3/000/00c/295/155ca3c.jpg / https://www.linkedin.com/in/gbilbrey/) George Bilbrey. “But email filtering continues to evolve, as mailbox providers apply increasingly sophisticated algorithms to deliver only the content their users truly want.” 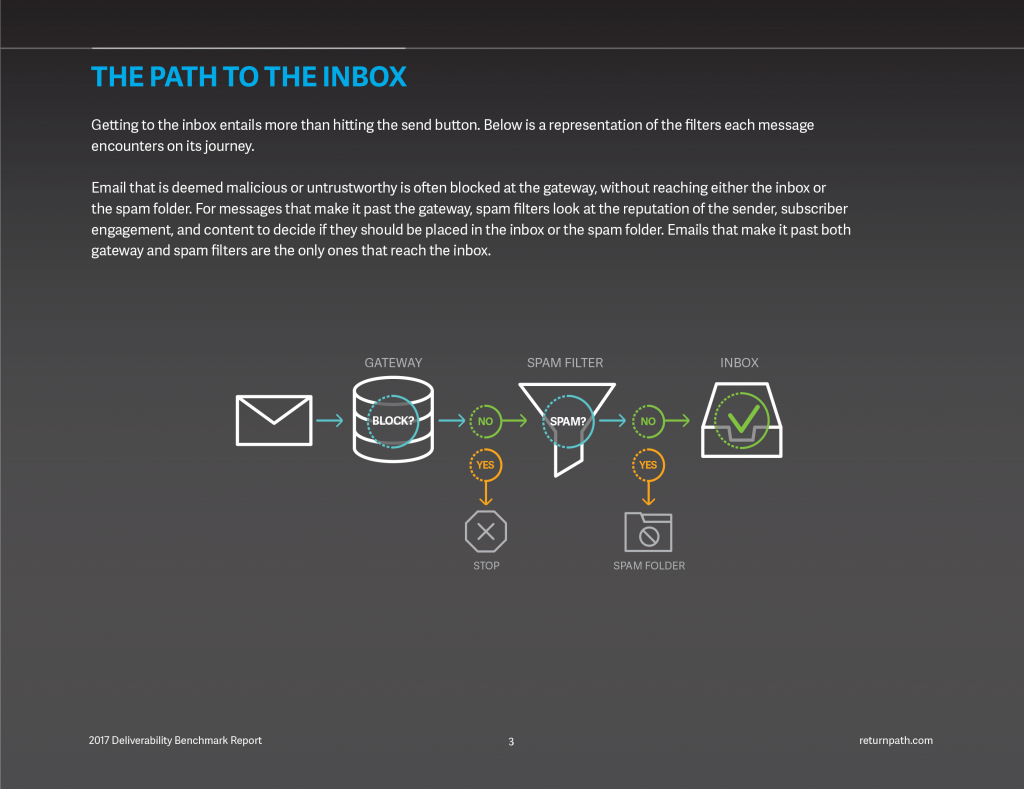 Email marketers in the US saw the lowest inbox placement of any country analyzed, with just 77 percent of messages reaching subscribers—up from 73 percent in 2016. Meanwhile Canadian marketers achieved one of the highest inbox placement rates in this study, with an average of 90 percent. 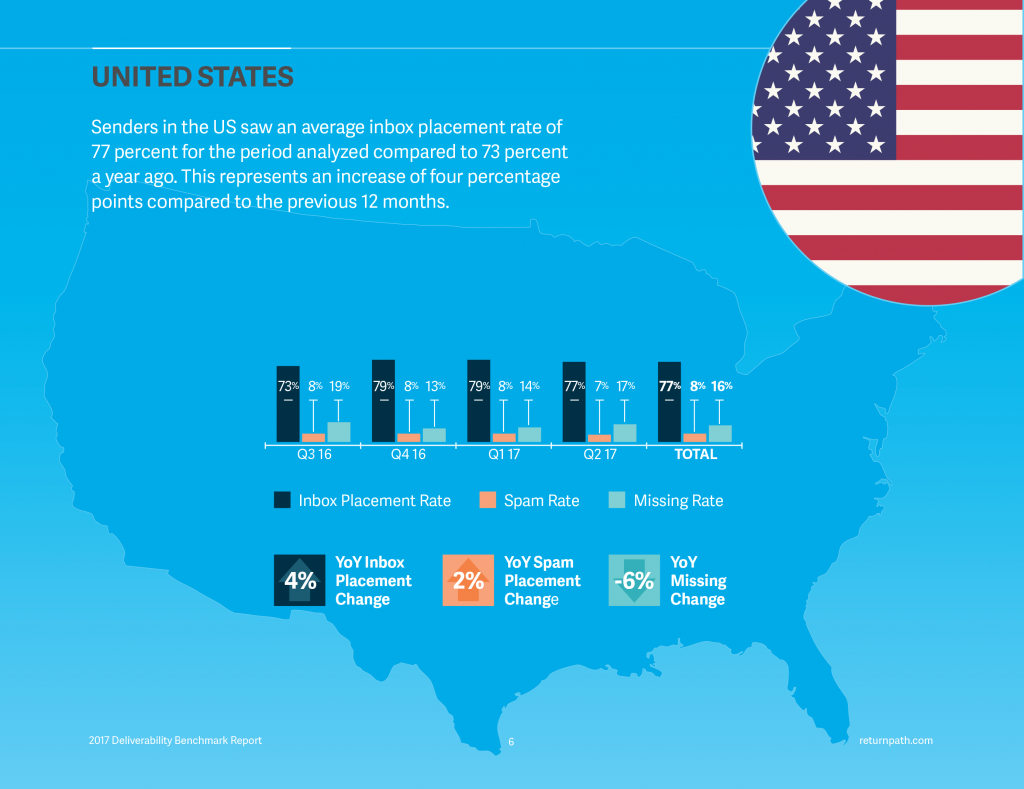 For the second year in a row, Australian marketers maintained average inbox placement of 90 percent—tied with Canada for the best result in this study.

Looking at inbox placement by industry, the best results were found in sectors with strong account-based consumer relationships such as banking & finance (94 percent), distribution & manufacturing (92 percent), and travel (90 percent).

This annual benchmark report from Return Path examines how email is delivered and how inbox placement is measured, along with global, regional, and industry benchmark results by quarter.

Noosh Unveils Sustainability Scores to Give Marketers The…

Will AI Change the Game for Adtech?