How 2020 Became the Year of Reckoning for AdTech 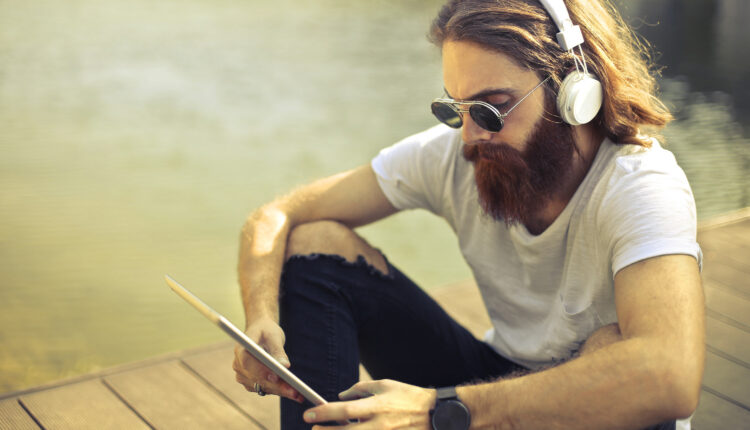 At this time last year, we were looking anxiously to the year to come–not in fear, but in anticipation. Predictions for digital advertising promised exponential growth and expanded use of technology like AI to capture consumer attention. With the COVID-19 upending expectations across industries this year, we instead find ourselves in a very different state as we prepare to enter 2021.

Not all of the shifts this year were due to the pandemic, although digital saturation due to lockdowns and fraud schemes preying on heightened fears certainly have contributed to the barrage of hits AdTech has taken this year. Consumer awakening, the effects of legislation, and the inevitable transformation of digital advertising have been the key drivers in AdTech’s 2020 wake-up call. These factors will determine whether digital advertisers look at next year as the beginning of the end, or the beginning of a new age of advertising.

One might argue the advertising industry has long relied on a certain level of naivete on the part of the consumer. For AdTech in particular, that assumption has served less reputable companies well. Not previously bound by rules or customer expectations, these bad actors have played fast and loose with data and not always delivered on their promises in return.

It’s no secret that mobile currently reigns supreme and, while physical advertising is by no means dead, companies know where they need to go to reach the bulk of their target audience. In the perfect storm of digital ads and social channels lies a profitable niche, feeding into the cycle of addiction many consumers have with Facebook, Instagram or Twitter, for example.

Yet with each new hacking or data-sharing scandal, a bit more of the faith consumers have in the system gets shaken. With so much of our lives tied up in digital interdependencies, privacy and data security have become major concerns. And documentaries like 2019’s The Great Hack and this year’s The Social Dilemma are not just reinforcing the need for privacy, but helping the consumer realize the value of their data.

Although savvier consumers might seem to spell trouble for the AdTech industry, that doesn’t have to be the case. When companies treat consumers with higher regard instead of as faceless sources of revenue, they can forge partnerships that benefit both. Companies receive reliable data through opt-ins that have been “vetted” at the source, and consumers are more engaged in the information sharing process. Thus they are more receptive to ads that are more relevant to their concerns.

With most change there’s some level of trepidation. Advertisers who have not been diligent about consumer consent fear a backlash. Yet according to a study we conducted with 287,000 consumers, 70% were willing to receive a certain number of ads for free content. So while there’s still not enough transparency around what consumer data is beneficial and how it’s used after it’s shared, things seem to be moving in the right direction.

Regulation Is Expanding Its Reach

When the General Data Protection Regulation (GDPR) was adopted in 2016, the initial assumption was that it would impact companies in the EU and little else. By the time GDPR became enforceable in 2018, however, many organizations had realized that operating globally meant making global changes to be in compliance.In the past few years GDPR has spawned similar laws in countries around the world. Although the U.S. has not created a federal-level version, the California Privacy Rights Act (CPRA) was passed in November 2020 to expand upon California’s existing privacy protection legislation and five other U.S. states have privacy laws pending.

With data breaches on the rise and consumer awareness rising along with them, some level of regulation was the natural next step. Part of Article 1 of the GDPR states, “This Regulation protects fundamental rights and freedoms of natural persons and in particular their right to the protection of personal data.” Although consumers may have assumed this to be universally understood, GDPR and similar laws at least provide consumers with some means of a remedy while issuing out punishments to violators.

We all know laws are not foolproof. Those who look for loopholes often find them and GDPR has its own acknowledged flexibility. But as consumers continue to feel that they themselves are under attack, new versions of GDPR and CPRA will continue to appear at national, regional and local levels to address consumer concerns.

The real test for AdTech moving forward is how it adapts to these laws. By leveling the playing field, legislation can help reduce fraud and rebuild consumer trust. It’s up to advertisers to adjust their own policies and practices and perhaps even look beyond the letter of the law to fully address the “fundamental rights and freedoms” of consumers with respect to their data and its true value.

Also Read: How to Balance Attracting New Customers and Retaining Loyal Ones

The Adtech Ecosystem is Mutating

One thing 2020 has proven is that change brings more change. At the beginning of the year, Google joined the fight in blocking third-party cookies that tracked every step of a consumer’s digital journey. Given Google’s browser market share, their move effectively signalled the end of that practice.

Then in June, Apple announced that iOS app developers would be required to explicitly ask consumers if they consented to be tracked. These trackers, or, Identifiers for Advertisers (IDFA), allowed advertisers to target and follow users within apps on iOS devices. Assuming many consumers would decline, this move would block and essentially end this practice. With the loss of cookies and (IDFA), it’s understandable that advertisers might feel left out in the cold.

But these are the types of challenges that foster innovation. Now relevance will no longer be equated to personalization. And contextual advertising, however improved, won’t be enough. This means a new approach will emerge that meets advertisers’ need for sustainable performance and effective protection, as well as legal expectations.

What does all of this mean for consumers, who are spending much more time online due to the pandemic and are experiencing widespread digital fatigue? Visionary brands will look for ways to re-engage these consumers. How? By abandoning the hard-sell approach and returning to the hallmark of great advertising–meaningful brand awareness and product discovery.

These ecosystem changes also mean brands should seek truly collaborative advertising partners. Because those partners who understand what is at stake and work to protect both the brand and the consumer are the ones that will help that brand find long-term success.

Although the two words may sound similar, “reckoning” is by no means the same as “wrecking.” Advertisers may feel that their livelihood is at risk and their options narrowing, when in fact, there are now more paths to explore to differentiate themselves in a responsible, respectful way. When the AdTech industry doesn’t just acknowledge, but truly embraces these opportunities, digital advertising will enter a new era of integrity, trust and sustainable prosperity.

Also Read: Using the Quadratic Formula for Your Ad Campaigns

Elie Kanaan is the CMO of Ogury and has over 25 years’ experience working within the marketing and technology industry. Prior to joining Ogury, Elie was the EVP of Marketing for Criteo, VP of Marketing EMEA for VMWare, and has also held positions as VP Marketing EMEA at SAP, and at Mercury. Elie’s range of expertise also extends beyond marketing, having spent eight years at Sybase as the Director of Business Development EMEA, and two years as a software developer for Oracle.

How Contextual 2.0 Will Drive The Next Phase of Digital Targeting

The Bot Revolution: How Advanced Virtual Assistants are Transforming the Customer…

Capitalizing on the Chaos in the Advertising and Marketing Hiring Market