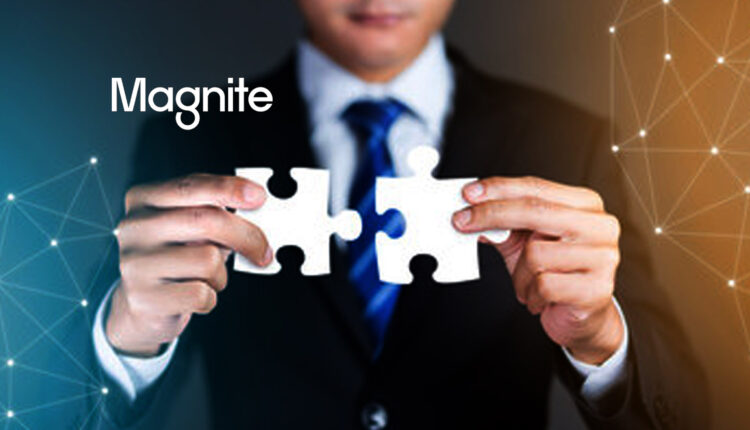 Magnite, the largest independent sell-side advertising platform, today announced changes to its executive leadership team, effective July 1. These are the company’s first major steps towards integrating its recent acquisition of CTV leader SpotX, and will strengthen its ability to serve clients across all formats, including CTV.

SpotX’s former Chief Technology Officer, J. Allen Dove, will serve as CTO of Magnite; Adam Soroca, Head of Magnite’s Global Buyer Team, will be moving into a newly created role as Chief Product Officer; Sean Buckley, SpotX’s former Chief Operating Officer, will become Chief Revenue Officer for CTV, and Joe Prusz will serve as the Chief Revenue Officer for Magnite’s online video and display business, known as DV+. SpotX’s former CEO, Mike Shehan, will continue with Magnite as a consultant through the end of the year. Additionally, Tom Kershaw, who served as Magnite’s Chief Technology Officer for the past four years, will be stepping down to pursue a new opportunity outside of ad tech.

Michael Barrett’s Statement
“Following Magnite’s acquisition of SpotX, we’re working hard to bring our teams together in a way that enhances our ability to serve clients and innovate. This process will start at the executive level, and we’re fortunate to have assembled such a deep bench of talent. I have never felt better about our people, or our prospects as a business across all formats, including CTV, which represents a significant and increasing portion of our revenue.

With this in mind, I am thrilled that J. Allen Dove will assume the role of Chief Technology Officer. Allen is one of the most respected technologists in all of CTV advertising, a pioneer who’s spent more than 14 years building SpotX from a startup to a global leader.

Allen will partner closely with Adam Soroca, who will transition to our newly-formed Chief Product Officer position after serving for the past four years as the Head of our Global Buyer Team. Adam is an early innovator in programmatic advertising with a decade of experience leading product organizations at Jumptap and then Millennial Media before co-founding nToggle Inc., a machine learning ad tech company, which Rubicon Project acquired in 2017.

In sales, we’re working to more tightly align our teams against our major product areas. To that end, Sean Buckley, will be our Chief Revenue Officer for CTV. Sean was previously SpotX’s Chief Operating Officer, where he led sales, operations and marketing, guiding the company through tremendous growth. And Joe Prusz, will serve as Chief Revenue Officer for our DV+ platform. In this role, Joe will lead commercial efforts for online video and display, which continues to be a critical and growing part of our business. For more than ten years, Joe has served as a leader of our omnichannel sales organization, most recently as Magnite’s Chief Revenue Officer.

Lastly, Tom Kershaw’s departure is bittersweet. Not only has Tom had a tremendous impact on Magnite’s success, but there are few technologists who have done more to reshape the ad tech industry as a whole–most notably as Chairman of the community-driven Prebid.org. That said, after six years in ad tech, he has decided to start a new chapter in a different industry. Magnite is grateful for Tom’s leadership and I look forward to his continued counsel as an advisor and friend.”

Tom Kershaw’s Statement
“It has been my honor to work alongside Michael and the Magnite leadership team for more than four years. Though it’s time for me to seek a new challenge beyond ad tech, I believe deeply in Magnite’s team and its mission to provide a true alternative to the industry giants. Magnite’s technology and product organizations are in great hands with Allen and Adam, and I remain a huge supporter of the company.”