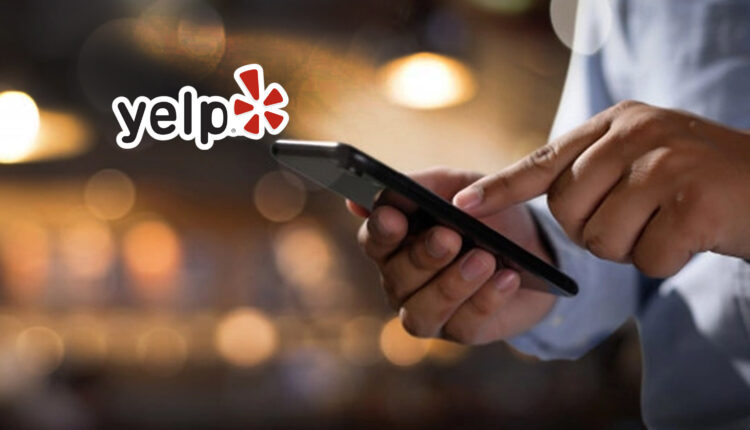 “For years, advertisers have wanted to make more meaningful connections with consumers and Yelp’s unmatched data allows us to support that”

Yelp Audiences is the only way for advertisers to target Yelp users off-platform and across the web, connecting them with people who have shown an interest or need for a product or service. According to Yelp’s research, 90% of people make a purchase within a week after visiting Yelp. Advertisers provide creative assets and Yelp delivers the advertisements on premium websites, mobile apps, and video streaming services through connected TV, based on the user’s purchase intent while on Yelp. Yelp Audiences enables advertisers to execute a more holistic advertising approach through Yelp — allowing clients the option to work directly with one, centralized advertising partner that is well-versed in their business and advertising goals.

In May, KitchenAid worked with Yelp to deliver off-platform ads that encourage consumers to eat at women-owned restaurants in their local markets as a part of their “A Woman’s Place” campaign. The overall initiative seeks to empower and elevate women in the culinary profession to the top of the industry and is centered around a documentary short, titled “A Woman’s Place.” Directed by Academy Award Winner Rayka Zehtabchi, the film is an Official Finalist within the Tribeca X Awards program and is available to stream on Hulu and YouTube. The Yelp partnership ran between May 3-31, with a national campaign that leveraged Yelp’s hundreds of thousands of women-owned businesses to show consumers a map of their local spots where they can show support.

“As a part of our ‘A Woman’s Place’ campaign efforts, it was critical to drive impact by supporting women-owned businesses,” said Priyanka Rathore, brand communication manager at KitchenAid. “We knew that partnering with Yelp Audiences would be a natural fit, not only because they have the ability to reach a very specific audience, but also because their mission matched our goal to reach consumers who are already looking to spend with and support local businesses.”

KitchenAid leveraged a study with Kantar*, an industry-leading third-party measurement company, to measure brand lift driven by the campaign. Respondents who saw KitchenAid’s Yelp Audiences ads showed a 12 point lift in the perception that “KitchenAid is made for people who love to cook,” which is about a 5X higher lift compared to the industry benchmark for brand attributes.

“For years, advertisers have wanted to make more meaningful connections with consumers and Yelp’s unmatched data allows us to support that,” said Tom Foran, Yelp’s senior vice president and head of Go-To-Market, National. “Yelp’s high-intent audience can uniquely help brands better develop these important and meaningful connections with the right consumers. With Yelp Audiences, we are able to help advertisers reach our engaged, down-funnel audience in a way no other platform can. We’re honored to have partnered with KitchenAid to connect consumers with women-owned businesses and empower small businesses, something that is so inherently important to Yelp.”

Consumer privacy has always been a top priority for Yelp. With Yelp Audiences, Yelp is working directly with advertisers and eliminating the need for them to purchase consumer data from a third-party, thereby protecting Yelp users’ information. Yelp leverages partnerships with industry leading demand-side platforms (DSPs) to deliver ads to its users on leading third party websites and apps based on user search activity on Yelp. Through Yelp Audiences, advertisers can reach a personalized audience while remaining compliant with privacy laws. Yelp also works closely with these DSP partners to control brand safety and viewability across all inventory types supported including display, video and connected TV.