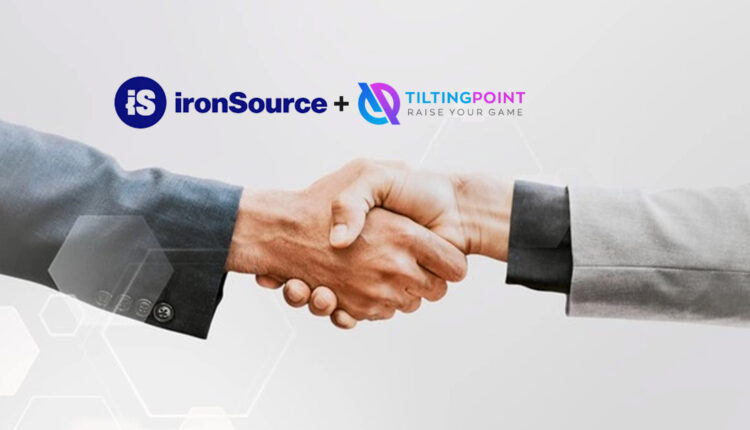 ironSource, a leading business platform for the App Economy, announced the continuation of its mediation partnership with Tilting Point. The leading free-to-play games publisher signed a three-year deal to utilize LevelPlay and its suite of products to maximize revenue, and optimize their monetization strategy with minimum overhead. Tilting Point is using LevelPlay for over 95 percent of its app titles that support ads, including both third-party titles, such as Adventure Escape Mysteries and Homesteads, and owned and operated titles like Star Trek Timelines and SpongeBob: Krusty Cook-Off. The continued partnership follows a year where ironSource LevelPlay was critical in ensuring that Tilting Point’s games were able to continue scaling in the post-IDFA era.

“ironSource has been a critical asset to Tilting Point as far as providing revenue solutions to our game developers,” said Samir Agili, Co-CEO & President at Tilting Point. “The continuation of this partnership is a testament to ironSource’s outstanding and reliable tech service, and should signal to other partners that we will prioritize the best tools available to raise their game.”

Since the start of the year, ironSource has launched several products, including App Analytics, Real Time Pivot reports and Dynamic Segmentation, as part of its ongoing mission to support developers in creating scalable and successful app businesses.

Starburst Acquires Varada To Deliver The New Standard Of…

Cloud Data Breaches and Cloud Complexity on the Rise,…