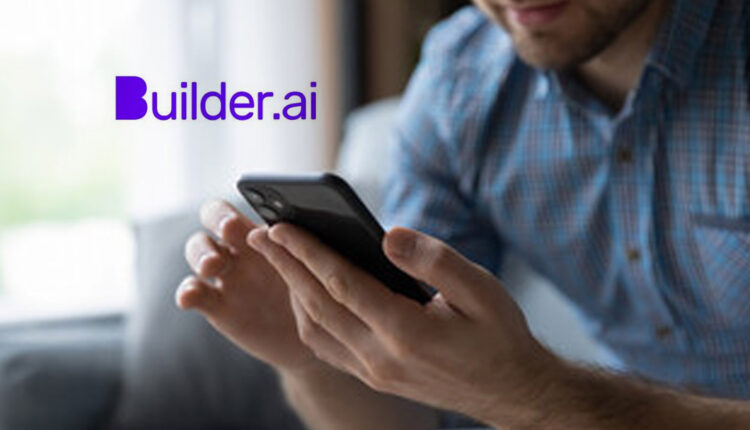 It’s no secret that we’re living in an increasingly digital world. ‘Screen time’ has all but consumed our workplaces, educational settings and simply put, our free time. According to new research by Builder.ai, over 27% of Americans claim to have over 30 apps on their phone, but more than half of those admit to using only 10 or less. And of those apps being used, over 30% rank social media, entertainment and finance as the top three types of apps they could not live without.

“This research shows how integrated apps are with every aspect of our lives. We use them to socialise, bank, shop, eat and do business,” explains Sachin Dev Duggal, Co-Founder and Chief Wizard of Builder.ai. “And this is just the beginning – the future of apps is limitless. But there’s this idea that apps are difficult to design and build – it’s only for a select few with coding skills. And this perception restricts creativity and prevents good app ideas from ever getting started. That’s why we started Builder.ai, an AI powered app development platform, where anyone with an idea can build an app in record time. We’re about making software development accessible to everyone.”

Builder.ai, a leading AI-powered low-code/no-code app development platform, commissioned the research in both the US and UK to find out how people interact with their apps in 2022. The research explores everything from app usage and favorite apps to their views on app development and the skills needed to create an app.

When asked about the building behind their favorite app, 28% of respondents admit to not knowing how long it takes to develop an app, with the average length of time estimated by respondents was between 1 and 5 years. And over half (52%) believe coding experience and technical knowledge is needed to build an app. Builder.ai wants to change this perception and start by building apps in far less time than consumers think.  With the rise of no-code/low-code platforms, entrepreneurs can now build, run and scale their app idea without the need for coding expertise. Employing a human-powered AI assembly line, Builder.ai delivers six times faster and 70% cheaper than using traditional development services – providing customers with a free prototype in less than 10 minutes.

The survey of 2,000 US adults commissioned by Builder.ai and conducted by OpinionMatters also revealed:

Automation Anywhere and the Center for Humanitarian…

Tines Raises $55 Million Through Series B Extension Led by…