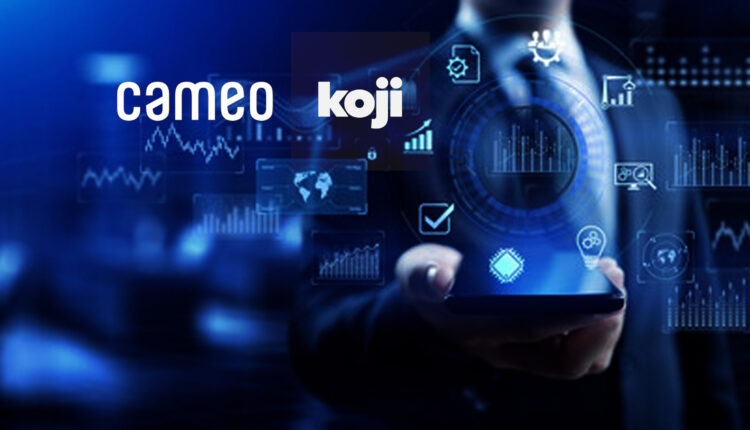 Cameo, a pioneer and leader in the creator economy, announced the launch of its Cameo Live app on the Koji App Store. The new app gives talent who use Cameo Live a seamless, direct, and high-converting way to connect with followers by giving fans the ability to schedule ten minute live video calls directly from their favorite star’s Link in Bio.

“Cameo is dedicated to deepening the relationship between talent and their fans by enabling personalized, authentic connections that can be made from anywhere. Launching the Cameo Live app on the Koji App Store brings our ultimate video call product to social audiences around the world with a seamless experience for talent and fans alike,” said Arthur Leopold, President of Cameo.

Cameo Live is a new ten minute video call product that lets talent offer live, virtual experiences for one to ten fans at a time. Stars testing the product have already loved the new format and the creative experiences that fans have booked, from TV recaps to musical jam sessions and even proposals. The new Koji app improves conversions for creators by including easy-to-use scheduling and frictionless checkout, letting fans book a Cameo Live with their favorite actor, athlete, or creator from directly inside any social network. The app is easy to configure and talent can begin accepting requests in minutes.

“Through our app store and unified creator dashboard, Koji is building the infrastructure to power the next generation of the creator economy. We are excited to work with visionary innovators like Cameo to support these powerful new products for creators,” said Sean Thielen, Koji co-founder.

Phonexa Fortifies Its Telecommunications Security With…