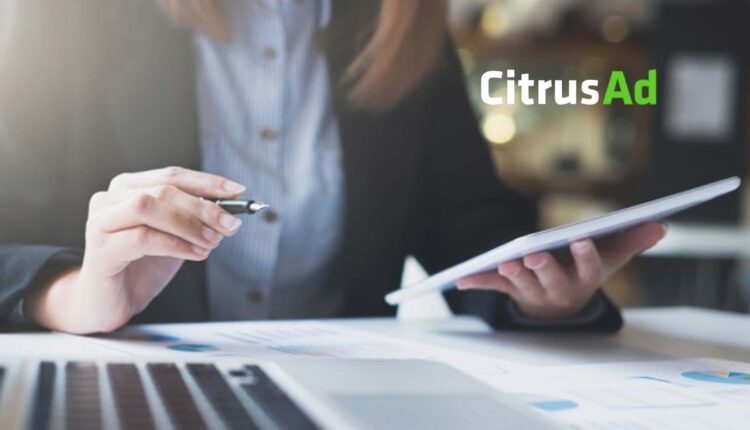 CitrusAd continues to grow its presence and leadership team. Three of the most recent hires are industry veterans David Haase, Christian Lopez and Sean Cheyney. All three have extensive experience in bolstering ecommerce websites with media revenue for retailers and ROAS for advertisers.

The recent surge in demand for digital retail media has positioned CitrusAd as the preferred solution for retailers who are taking retail media seriously and want to offer something better to their suppliers and advertisers. The recent hires will serve CitrusAd’s growing customer base as well as the brands and agencies that leverage the self-serve platform’s impressive reach.

David Haase, former Chief Revenue Officer (CRO) at Triad, where he spent 14 years, is now appointed as the Chief Revenue and Development Officer for CitrusAd. In his new role, Haase will be at the center of retailer monetization, leveraging a world-leading retail media platform with an experienced media sales and strategy team to create exciting revenue streams for retailers from the CitrusAd platform and category growth for advertisers. “Digital media capabilities were catapulted to the top of most retailer’s agendas during the pandemic. CitrusAd is uniquely positioned to rapidly assist retailers with its white-label, self-serve, ad platform and media sales expertise. I am really excited to support and showcase CitrusAd’s cutting edge capabilities to both retailers and marketers,” stated Haase.

Christian Lopez joins CitrusAd as VP, Solutions Architect from competitor Criteo. Lopez will be the primary point of contact for all US based integrations. When asked about the jump Lopez said, “I was simply so impressed by the technology CitrusAd had built in such a short time, true innovators and creators of digital ad tech that I just had to be part of. Another key differentiating factor that appealed to me was the agility and flexibility that CitrusAd offers. The founders have a solid background in ecommerce, they understand and listen to the various needs of different retail sectors and are using that feedback as a basis for innovation.”

Sean Cheyney has been appointed as Global SVP of Sales for CitrusAd. Prior to joining CitrusAd, Cheyney served seven years at Triad, most recently as VP, Global Business Development and prior to that was VP, Audience Extension Sales. Cheyney noted, “CitrusAd was built to solve the problems that have plagued the industry for years, such as fast ad serving speed and avoiding ad blocking through its server-side integration, right through to real-time personalization and fully transparent reporting with no reliance on third-party cookies. CitrusAd enables retailers to not only compete in the digital advertising space but surpass the big 3 with some very exciting features for brands and advertisers to utilize at the digital point of purchase.” Cheyney’s experience in retail strategies for growth has served retail clients including Office Depot, CVS, GameStop, and Dollar General by effectively tapping into audience and shopper data to drive revenue and better shopper experiences. Cheyney added, “Since the CitrusAd platform is so scalable and easy to integrate into, I know I can step in to help retailers quickly to leverage and maximize the potential of the technology.”

CitrusAd CEO Brad Moran said, “These hires further strengthen four key pillars in our organization: operational, technical, media and retailer sales. We are dedicated to helping grow ecommerce sales for retailers and brands, continuing to onboard experienced executives will help us to serve that mission.” CitrusAd, which launched its platform in 2017, now works with retailers in 22 different countries across all verticals. CitrusAd empowers ecommerce retailers with a self-serve, ad platform that allows them to attract the digital media revenue streams that Amazon and Google are enjoying, while improving shopper experiences.

ZoomInfo Continues to Strengthen Its Commitment to Security and Privacy

Vocalcom Consolidates Its Growth Strategy by Appointing a…

Beacons Raises $6M Seed Round Led by Andreessen Horowitz to…

The COVID-19 Vaccine has a Marketing Problem And Pharmacies…

20 Companies Commit to Spend at Least 2% of Their Total…