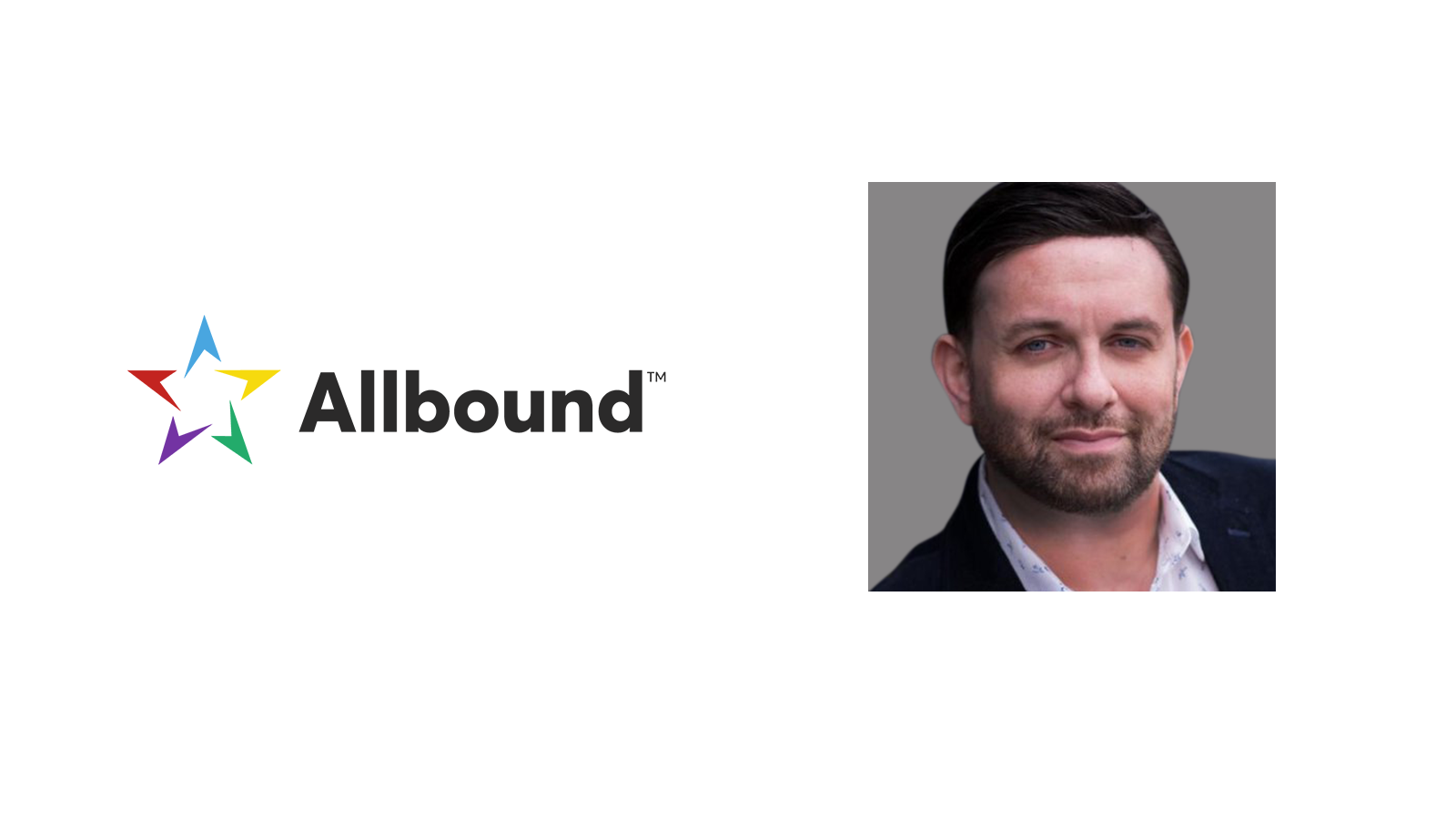 MTS: Tell us a little bit about your role and how you got here. (what inspired you to start a martech company)

I’ve been working in high-tech sales and marketing since the day I graduated college in 2001. At each stop – as an Account Executive at Cisco, a product marketer at NetPro (acquired in 2008) and then CEO at IDS Technology Marketing – there was always one consistent trend: channel partners were critical to helping accelerate growth.

Yet by late 2014, despite nearly 4,000 new B2B martech platforms having come to market over the previous five years, NOT A SINGLE ONE was focused on innovating in the channel or helping the modern breed of SaaS, recurring revenue-based business grow revenue with partners. Worse yet, we realized that the legacy vendors in the space were (and still are) building custom ASP websites and passing them off as SaaS – it was shocking.

So, I set forth my mission to change that through Allbound, more than just a SaaS platform, a new model to help companies in the subscription economy accelerate recurring revenue through channel partners by building (or re-building) partner programs that are focused on the entire customer lifecycle.

MTS: Given the massive proliferation of marketing technology, how do you see the martech market evolving over the next few years?

One word: consolidation. I think martech leaders have made it very clear that they’re looking for simplicity and harmony these days and that’s extremely difficult to come by with so many solutions on the market. As early-stage venture capital becomes more scarce, investors and boards start asking their CEOs to get to profitability sooner, and the successful growth-stage companies get gobbled-up for their technology and talent pool, we’re going to see some of the weaker players disappear.

It’ll be a martech survival of the fittest with the survivors being the companies who can deliver the most value and strongest outcomes for their customers.

MTS: What do you see as the single most important technology trend or development that’s going to impact us?

Artificial intelligence, predictive analytics and bots are obviously going to be huge factors over the next few years – in fact, we’re already seeing Salesforce Einstein and HubSpot CTO Dharmesh Shah’s Growthbot making their presences felt. But I think the tech trend that’s going to have the biggest impact over the next several years is going be collaboration and how companies connect the people that drive their businesses as the workforce grows even more mobile, global and geographically remote.
Slack, Zoom and Cisco are all making huge strides in this space and we’ve been working hard to make channel sales and marketing more collaborative with our own Co/Labs feature to help companies work more closely with their partners.

Simplicity. As I said above, there’s just so much noise and so many options out there today that it’s easy to get overwhelmed and difficult to keep it all in harmony and truly measure results and ROI. Companies are lacking that “single pane of glass” to let them see how their martech activities are performing across platforms and channels and need to be careful that their CEOs, CFOs and board continue to see them as a revenue driver rather than a cost center spending way too much on technologies and platforms that don’t deliver a clear return on investment.

MTS: What startups are you watching/keen on right now?

Since starting Allbound, it’s been a goal of mine to keep a close eye on not just companies, but leadership teams who have a vision to not only built great products, but great companies and new categories that redefine and dramatically enhance the way their prospects and customers are doing business. A few of that I’ve been most impressed are Gainsight, DoubleDutch, Node.io, and Affinio, all of whom are doing exactly what I described above. And though not a startup anymore,

I’ve always taken a lot of cues from HubSpot – I’m fascinated by their continued ability to innovate, listen to their customers, go wider with their product and continue to build the inbound movement that we are fully bought-into here at Allbound.

MTS: What tools does your marketing stack consist of in 2017?

MTS: How do you prepare for an AI-centric world as a marketing leader?

One of the first things I think everyone has to remember is that AI is only possible with HI – human intelligence that it can learn from. That said, I think it’s extremely important that we don’t become over-dependent on the potential for technology and artificial intelligence to change the way we work or we run the risk of creating AS – artificial stupidity. The more we continue to focus on great strategy today, the smarter AI will be and the more it will be able to positively impact the areas where we end-up truly needing it the most.

MTS: One word that best describes how you work.

MTS: Could you tell us about a standout digital campaign? (Who was your target audience and how did you measure success)

Plain and simple, we’re on mission here at Allbound: creating a more simple, digital model for companies to accelerate recurring revenue through channel partners. We’re disrupting an industry where the biggest obstacle hasn’t been competition, but rather a lack of innovation for the last 30+ years. So one of the very first campaigns that we decided to run was an attack on the 30-year old term for the industry category itself – “Partner Relationship Management,” or PRM for short.

Just saying it makes me quiver. Gartner called PRM “dead” in 2005. And legacy vendors in the space are still trying to sell ASP solutions as SaaS with little pushback from industry analysts. So, we decided to run a campaign saying “RIP to PRM” and challenge the status-quo early and often. We launched a digital movement featuring email, a landing page, blog articles, social media,, video, even a very personal “Eulogy to PRM” during last year’s SiriusDecisions Summit in Nashville. How did it go?

Well, aside from the leads and attention it’s garnered for us, let’s just say that our biggest competitor’s CMO cornered me during his sponsored session at the Summit to loudly cuss me out. In other words – it could not have gone better 😉

I really am an extremely visual person – I love design, and in business that’s typically translated to keeping things clean, simple and bullet-point driven. As a result, my go-to tool for getting things out of my brain and into action has been PowerPoint. From business planning to product innovation, a clean white PowerPoint slide is my equivalent to a blank white canvas for an artist.

This really goes back to back to my creative background again. Throughout my career, especially during my time running a marketing agency, I’ve had the opportunity to work with some amazing writers, designers and coders. During that time, I’ve picked-up or improved some pretty helpful skillsets – from copywriting to graphic design to basic web and app development. On the positive side of things, it helps me get things done fast without asking for help. On the negative side, it’s sometimes prevented me from asking for help where I need it.

MTS: What are you currently reading? (What do you read, and how do you consume information?)

These days, I do most of my reading online with Twitter as my top source finding news and information on everything from sports, to raising twins to being a better business leader.

Hire people who are smarter than you, master the ability to communicate your vision, then delegate and get out of the way.

MTS: Something you do better than others – the secret of your success?

Simplify…sometimes too much. I’m definitely the visionary and risk taker in our organization, and my tendency is to move quickly, find an efficient way to get from point-A to point-B, and ask questions later – if I fail, well I learn from it and try not to do it again.

MTS: Tag the one person whose answers to these questions you would love to read:

MTS: Thank you Scott! That was fun and hope to see you back on MarTech Series soon.

As Founder and CEO of Allbound, Scott is leading the organization’s mission to create simple, elegant technology that empowers businesses to grow together in today’s connected economy and dominate the software market for the indirect sales and marketing sector. The business has already been recognized as one of the fastest growing Software as a Service (SaaS) companies while more than tripling revenue and launching CO:LLABORATE, the world’s first industry conference on Partner Sales Acceleration.

Allbound is an intuitive channel collaboration platform that connects people, content, technology and data for accelerating recurring revenue in the subscription economy. The product is focused towards making channel partner programs more people-centric and intelligent for everyone including brand owners, partners and end customers. Allbound is aligning direct and indirect sales teams throughout the entire customer lifecycle using features such as its Co/Labs collaboration spaces to foster real-time, barrier free communication with brand owners and partners, while also supporting content sharing for marketing and sales enablement.