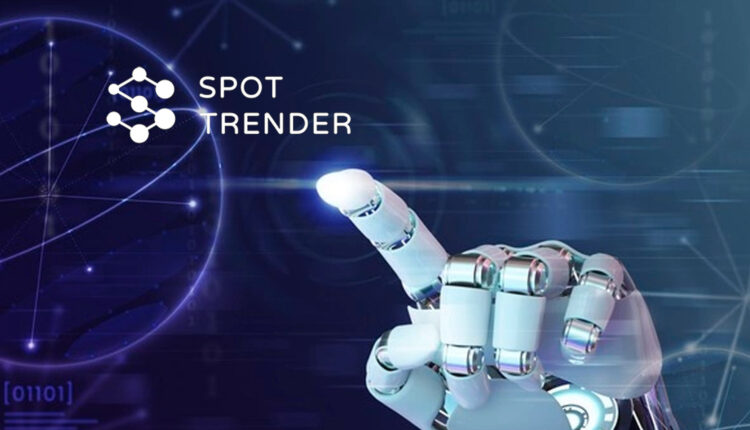 In a recent national study examining the potential use of artificial intelligent copywriters to augment and replace human authors, Spot Trender wanted to see if consumers could tell whether an article was written by a human or machine. Spot Trender, a leader in rapid consumer insights technology, found the results indicative of a major milestone for AI technology in marketing. The AI fooled consumers (some audiences less so), and performed higher in several key areas like readability, being informative, and perceived as more natural all the while taking only minutes versus hours.

“This research signals a new era for copywriting, where human authors are no longer needed to write about mundane content,” said Chris South, co-founder & CEO of Spot Trender. “Many members of our content team are excited to get their hands on the AI as they feel it bridges the advantage gap between native and English as a second language speakers.”

Spot Trender tasked its marketers with writing 2 articles with the same outline prompts that were fed into the AI, creating a total of 4 articles. They were shown to a nationally representative example of over 500 people in random order. They were asked whether they thought the article shown was written by a human or an AI, was relevant, interesting, funny, easy to read, and informative among other things.

The results showed that the AI-generated articles outperformed those written by human authors on most metrics tested. One of the articles tested titled “Why Test Ads”, performed higher in being informative, easier to read, and perceived as written by a human, when in fact it was written by the AI. They also scored about the same as human-generated articles in interesting, funny, and relevant.

When asked if people could tell which article was written by a human or machine AI, most people chose human for both articles. One AI written article scored 10% higher in “written by a human” than its counterpart. Regardless of age or gender, people were equally as bad at spotting the AI. Interestingly, those living in rural areas were more likely to be able to distinguish between human and AI-generated content, perhaps because they are more skeptical of technology in general based on their answers to the human articles.

“This research shows that as AI technology continues to evolve, it is becoming easier and easier to replicate the writing style of humans,” said South. “In the not-too-distant future, it’s likely that most of the written content we see will be generated by machines except for some niche areas. Afterall, people in the study who though they were smarter than their peers were no better at spotting AI, if not slightly worse!”