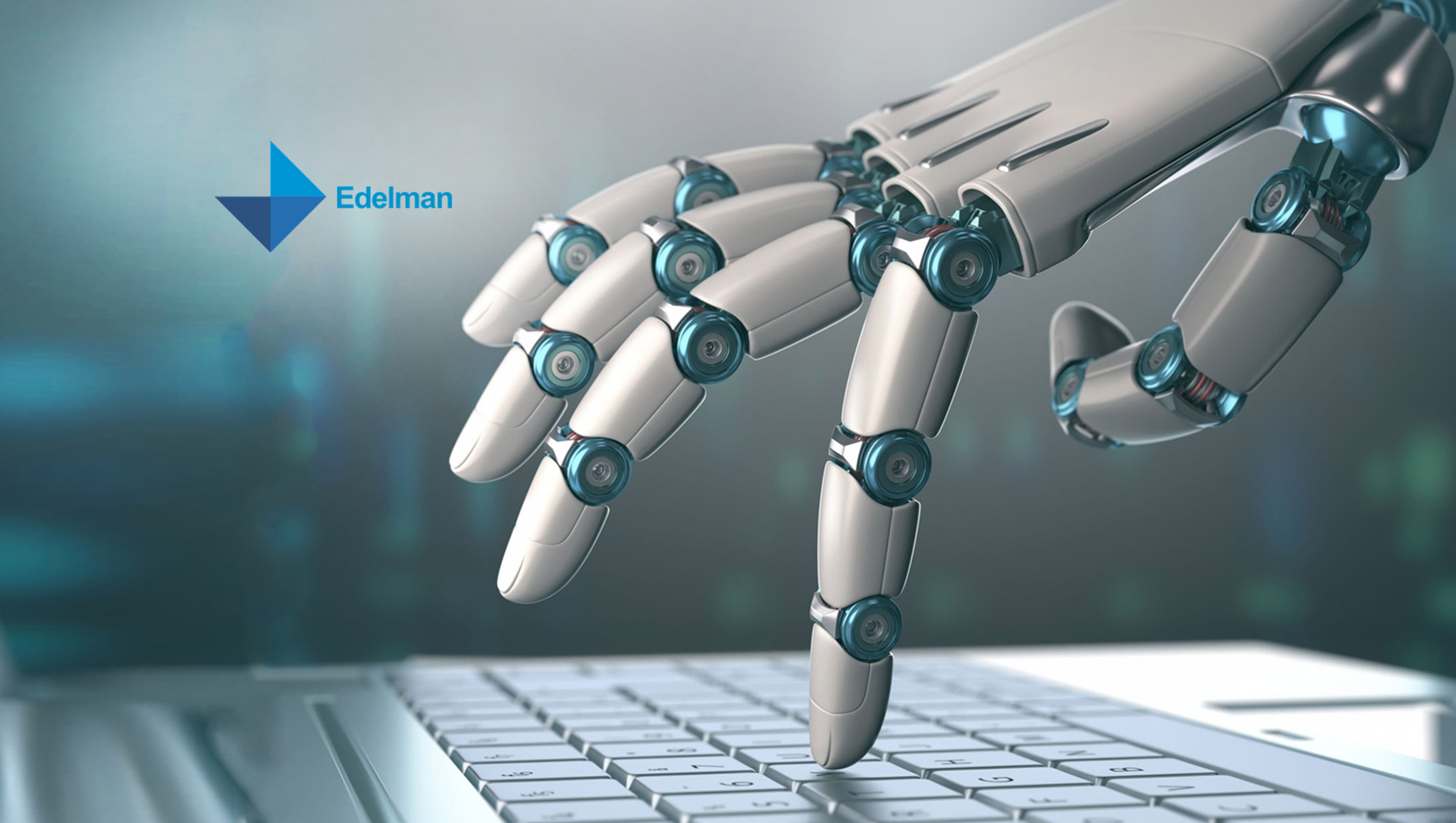 Respondents See Benefits but Think AI Will Benefit the Wealthy, Harm the Poor and Cause Societal Disruption

Sixty percent of the general population and 54 percent of tech executives believe that regulation of artificial intelligence technology is critical for its safe development, according to the 2019 Edelman Artificial Intelligence (AI) survey. Developed by the Edelman AI Center of Expertise with input from the World Economic Forum (WEF), the study compares the general public’s perceptions of AI to those of senior tech executives with a front row seat on AI development and deployment.

While 91 percent of tech executives and 84 percent of the general public believe that AI constitutes the next technology revolution, there are very real concerns for society, business and government, ranging from smart toys that could invade children’s privacy to negative impacts on the poor, to a loss of human intellectual capabilities. About a third of both groups (30 percent of the general population; 33 percent of tech executives) believe AI-powered “deepfake” videos could lead to an information war that, in turn, might lead to a shooting war.

“Our survey explores the issues surrounding AI, from the more obvious positives of improved healthcare and manufacturing to the countervailing concerns overhanging widespread adoption,” said Sanjay Nair, global technology sector lead, Edelman. “We found both groups are curious about AI, yet there is also substantial uncertainty and worry that AI use could lead to widespread job loss, income inequality and social isolation.”

Among the study’s key findings:

“The Edelman AI survey is both broad and deep and raises many profound issues,” said Kay Firth-Butterfield, head of artificial intelligence and machine learning at the World Economic Forum. “It is clear from the results that business and government need to be thoughtful and take action across many issues to ensure the potential harmful effects of AI do not cause society to lose the clear benefits that can accrue from the technology. The global community must be aware of the risk factors associated with this type of transformation, and at the same time create an environment where the benefits can be spread proportionately throughout society.”

RoboAds, a New Breed of Service Robots to Combat COVID-19

Hoodoo Digital Becomes a Gold Partner in the Adobe Solution…