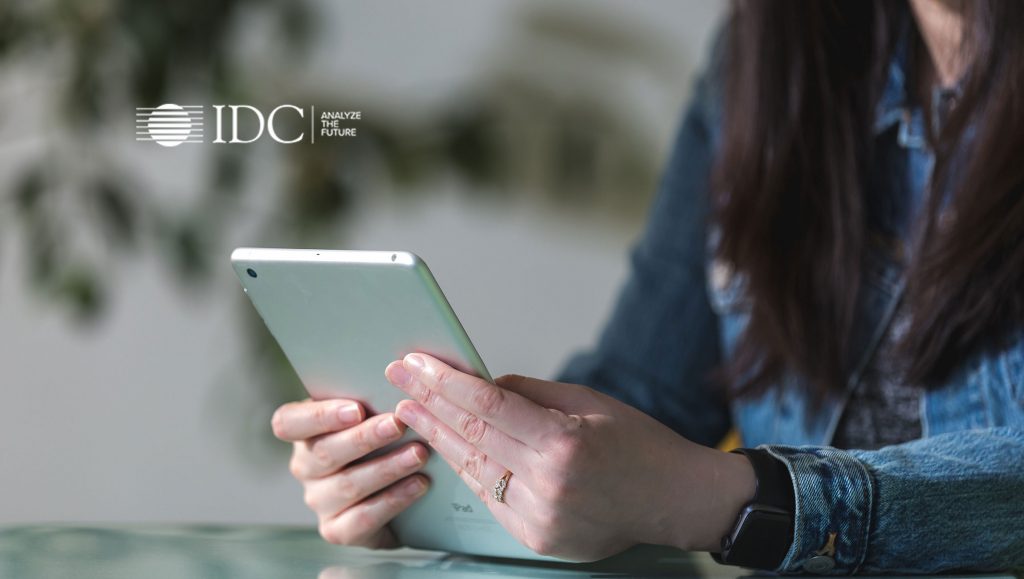 Worldwide shipments of augmented reality (AR) and virtual reality (VR) headsets were down 30.5% year over year, totaling 1.2 million units in the first quarter of 2018 (1Q18), according to the International Data Corporation (IDC) Worldwide Quarterly Augmented and Virtual Reality Headset Tracker. Much of the decline occurred due to the unbundling of screenless VR headsets during the quarter. For much of 2017, vendors bundled these headsets free with the purchase of a high-end smartphone, but that practice largely came to an end by the start of 2018. Despite a poor start to 2018, IDC anticipates the overall market will return to growth over the remainder of the year as more vendors target the commercial AR and VR markets and low-cost standalone VR headsets such as the Oculus Go make their way into stores. IDC forecasts the overall AR and VR headset market to grow to 8.9 million units in 2018, up 6% from the prior year. That growth will continue throughout the forecast period, reaching 65.9 million units by 2022.

“Worldwide shipments of augmented reality (AR) and virtual reality (VR)
headsets were down 30.5% year over year,
totaling 1.2 million units in Q1 2018, according to IDC.”

“On the VR front, devices such as the Oculus Go seem promising not because Facebook has solved all the issues surrounding VR, but rather because they are helping to set customer expectations for VR headsets in the future,” said Jitesh Ubrani senior research analyst for IDC Mobile Device Trackers. “Looking ahead, consumers can expect easier-to-use devices at lower price points. Combine that with a growing lineup of content from game makers, Hollywood studios, and even vocational training institutions, and we see a brighter future for the adoption of virtual reality.”

Also Read: The Tailwinds for Augmented Reality Advertising Are Too Strong for CMOs to Ignore: Boston Consulting Group

When it comes to augmented reality headsets, many consumers have already had a taste of the technology through screenless viewers such as the Star Wars: Jedi Challenges product from Lenovo. IDC anticipates these types of headsets will lead the market in shipment volumes in the near term. However, non-smartphone-based AR headsets should begin to see greater market availability by 2019 as commercial uptake continues to rise and existing brands launch next-generation products. IDC predicts triple-digit growth in this space between 2019 and 2021.

“Momentum around augmented reality continues to grow as more companies enter the space and begin the work necessary to create the software and services that will drive AR hardware,” said Tom Mainelli, program vice president, Devices and Augmented and Virtual Reality at IDC. “Industry watchers are eager to see the new headsets ship from the likes of Magic Leap, Microsoft, and others. But for those devices to fulfill their promise we need developers creating the next-generation of applications that will drive new experiences on both the consumer and commercial sides of the market.”

Many consumers’ first experience with an Augmented Reality headset will be in the form of a screenless viewer. While large movie properties such as Star Wars helped move significant volumes of these headsets the past holiday season, uptake for the remainder of the year is likely to slow as the headsets have limited functionality beyond their core applications. In the latter years of the forecast, IDC expects such products to decline in relevance, although they are likely to remain in the market, often sold as toys. Meanwhile, standalone AR head-mounted displays (HMDs) should grow to reach 194,000 units in 2018 and will experience a compound annual growth rate (CAGR) of 190.9% over the five-year forecast. More advanced headsets such as Microsoft’s Hololens and Magic Leap’s One will help drive adoption in the commercial and consumer markets. Finally, tethered headsets will grow with a five-year CAGR of 241.8%. This last category will be the eventual home of products with lower-cost headsets based on Apple’s ARKit and Google’s ARCore that tether to smartphones or tablets.

IDC forecastsVirtual Reality headsets to grow from 8.1 million in 2018 to 39.2 million by the end of 2022, representing a five-year CAGR of 48.1%. While many think of VR as a consumer technology, IDC believes the commercial market to be equally important and predicts it will grow from 24% of VR headset shipments in 2018 to 44.6% by 2022. From a platform perspective, the market has been dominated by Oculus largely due to the initial volumes around Samsung’s Gear VR. This will likely continue in the near term as the Go brings VR to more consumers. However, the Oculus platform is likely to face pressure from both HTC’s VIve platform and Microsoft’s Windows Mixed Reality platform. The latter should see strong opportunities in the commercial market as brands such as HP, Dell, and Lenovo bring their years of experience catering to enterprise buyers to the market.

42538
We store cookies on your computer to improve your experience and provide more personalized services, both on this website and on other sites. For more information about the cookies we use, see our Privacy Policy. We won't track your information when you visit our site. We will have to use at least one cookie to ensure that you won't have to make this choice again.AcceptPrivacy Policy