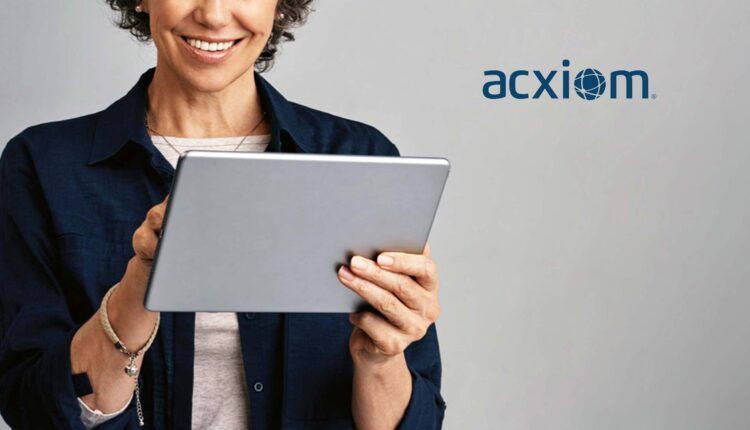 Customer intelligence company Acxiom announced that they and the United Nations Refugee Agency, UNHCR, have been recognised for a Selligent Award for ‘Best Inclusive Communications’, following work this year on a charity campaign during Ramadan.

Selligent Marketing Cloud is an omnichannel marketing platform, with a mission to make marketing personal. The Selligent Awards are an annual showcase of the most impactful and outstanding marketing campaigns conducted by Selligent clients.

The campaign, which was powered by Selligent Marketing Cloud, and coordinated and enabled by Acxiom’s analytics, strategy and campaign management capabilities, encouraged one of the most successful donation periods during Ramadan for the UN agency.

The UNHCR is a global organisation that works to protect the rights and build a better future for refugees and forcibly displaced communities around the world. The campaign ‘Every Gift Counts’,  helped raise funds for the most vulnerable refugees and internally displaced people. It was launched on the occasion of Ramadan, known as ‘the month of giving’.

Telling the personal journeys and stories of those displaced from countries including Yemen, Syria, Jordan and Bangladesh was integral to the campaign. Acxiom was involved from the very early stages of planning, advising on how to improve UNCHR’s activity in the Middle East and North Africa region. To drive higher engagement for the campaign, Acxiom provided:

This campaign won the Selligent Award as a great example of work that was both agile in their communications and responsive to the needs of their community. Driving an outcome to increase donations to the agency’s work, the campaign was also recognised for not only delivering a message effectively but also providing wider social benefits to the world by encouraging much-needed funds for work to support refugees in the region.

Hussein Fakih, Private Sector Partnerships Officer at the UNCHR MENA Digital Hub in Beirut, said “Like so many other initiatives this year, charitable giving has experienced unprecedented challenges due to the Coronavirus pandemic. Traditional ways of reaching supporters have been unable to take place, with many people themselves facing financial challenges.

Fakih continued “working with Acxiom has confirmed that tailored campaigning segmenting, and constantly adjusting in response to feedback creates the environment for success. We’ve been thrilled with the performance of the campaign and the Selligent Award  in recognition of the impact that this campaign has had on the lives of thousands of refugees and internally displaced people.”

“Once again, the shortlist for this year’s award has been extremely strong. It has been fantastic to see that, despite so much turbulence and uncertainty this year, marketers have continued to pull off some incredible work and create genuine value with our platform,” said Priya Nayyar Patel, Client Success Manager at Selligent. “The UNCHR and Acxiom campaign not only smashed previous fundraising records, but to know it will make such a real impact makes it especially notable.”

Mike Menzer, Head of International at Acxiom, said “Customer Intelligence is fundamental to the fabric of Acxiom’s brand. Using data and analytics for social good is core to our purpose. We are grateful to be recognised for this impactful and creative digital marketing campaign, particularly for such a worthy cause. I am proud of our collective teams and the support we’ve provided in driving awareness and funding to assist the UN’s work with refugees in the Middle East and North Africa.”

Normalyze Announces $22.2M in Series A Funding to Solve the Biggest Issue in Modern…

LaunchNotes Raises $15M Series A from Insight Partners to…