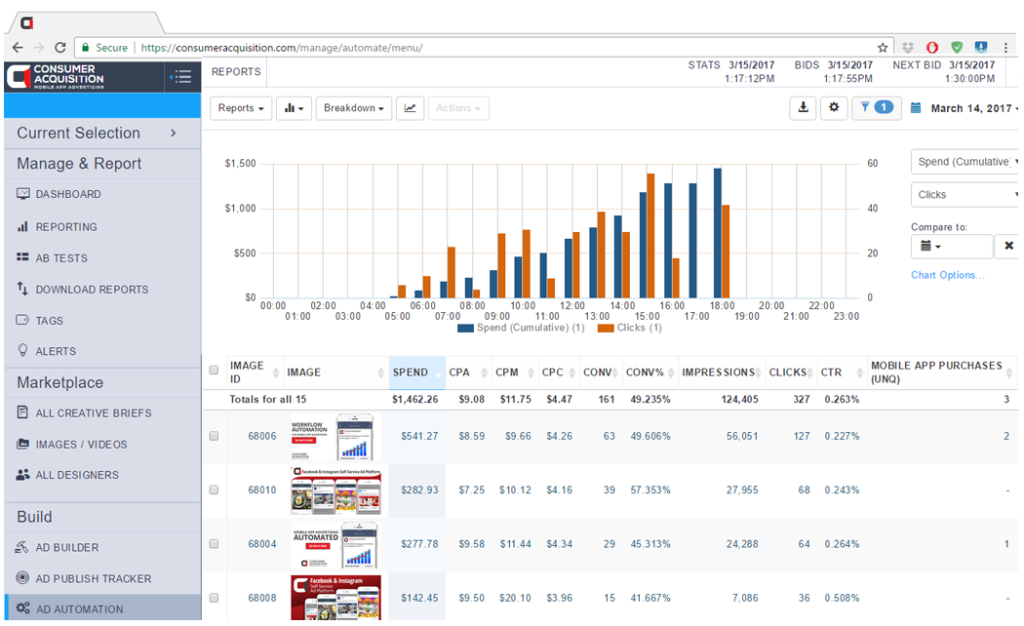 Brian Bowman, CEO of Consumer Acquisition, said: “We’ve produced over 250,000 Facebook ads and spent over $200 million in Facebook advertising using AI-powered automation, and we know what works in the ad creative market. Our top-performing advertisers know that maintaining profitable performance with Facebook ads requires a constant refresh of videos and images, so we’re pleased to now offer a scalable solution to all Facebook advertisers with our Creative Marketplace. With a short creative brief, advertisers receive new videos and images from our global network of designers and editors; they choose which creatives to run, upload to Facebook, and pay-for-performance.”

High-performing digital advertising campaigns on Facebook require a considerable investment in creative development, and choosing the right visuals offer advertisers the best chance at achieving campaign performance goals. Yet, according to Consumer Acquisition’s internal analysis, about 95 percent of ad creatives are ineffective at converting installs and leads, to meet the advertiser’s financial objectives. Advertisers must test a constant rotation of hundreds of ad creatives to drive optimal campaign performance.

Till now, Customer Acquisition has acquired over 75 million app installs and leads for Glu Mobile, Checkout51, Sunbasket, EBATES, PlayStudios, Brainwell and many others.

DataDome Is Certified as a Great Place to Work, Ranks Among…