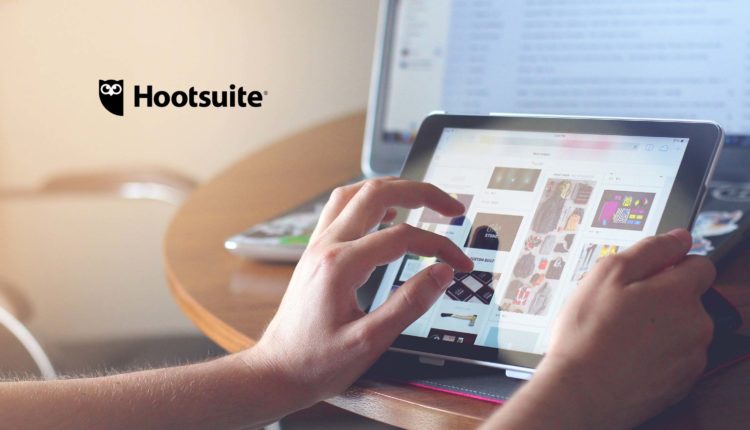 Hootsuite, the global leader in social media management and We Are Social, the socially-led creative agency have released Digital 2020, their latest annual report on social media and digital trends. The report presents data from every country around the world, with key findings including an ongoing gender gap in social media use, global growth in the use of voice interfaces, and concerns around personal data security.

Internet: 4.54 billion people are now online, and half of internet users use ad blockers

4.54 billion people are now online, a year-on-year increase of 298 million, or 7%—we are approaching internet penetration of 60%. However, roughly 3.2 billion people around the world remain offline. The average internet user will spend 6 hours and 43 minutes per day online in 2020—more than 100 days in total. Globally, we will spend a collective 1.25 billion years online this year. People in the Philippines top the daily usage charts, spending an average of 9 hours and 45 minutes per day online, compared to just 4 hours and 22 minutes in Japan. Google and YouTube are once again the most visited websites, but Yahoo! still remains popular, with its website continuing to receive more traffic than Amazon.com and the world’s top ‘adult’ websites.  Data concerns are high globally, with almost two-thirds (64%) of internet users aged 16 to 64 saying they worry about how companies use their data. The report also shows that 56% of online internet users (over 18 years old) are concerned about fake news, while 49% of internet users aged 16 to 64 use ad blockers every month.

Social media users in the Philippines are the most active, averaging 3 hours and 53 minutes on social every day. The global average for daily time spent on social media is 2 hours 24 minutes, accounting for more than one-third of our total internet time.

The world’s most-used social platforms are Facebook, YouTube, and WhatsApp. TikTok, in 7th place, now has 800 million monthly active users, with 500 million of these users in China. We have also seen growth in advertising audience numbers across many major social platforms. Facebook’s data show 1% growth over the past quarter, while Instagram’s ad audience has risen by nearly 6% in the same time period. The standout performer is Pinterest, whose advertising audience numbers jumped 12% after it added a number of new countries to its advertising targeting options.

There are now 5.19 billion unique mobile users globally and for the first time, more than half (50.1%) of all internet time is spent on mobile devices. 5G is already making an impact, boosting the average mobile data connection speed in South Korea to more than 100Mbps, up from just 51Mbps this time last year. Mobile apps now account for 10 out of every 11 minutes we spend using mobile devices, with web browsing only responsible for 9% of our mobile time.

When it comes to shopping, 74% of internet users aged 16 to 64 purchased a product online in the past month, while 52% made a purchase via a mobile phone. Mobile is now the top device for making online purchases. The world’s ecommerce users spent more than US$3 trillion on online B2C purchases in 2019, with shoppers spending an average of almost US$500 each on consumer goods alone – a year-on-year increase of 9%.

Meanwhile, digitally enabled consumer payments (payments made on the internet and mobile via smartphone apps) are on the rise, with an annual total of US$4.14 trillion in transactions in 2019, representing a 15% increase year-on-year. Global cryptocurrency ownership is also on the rise — up from 5.6% of internet users aged 16 to 64 a year ago to 7.4% today.

The internet is now firmly embedded within our TV habits, with two-thirds of the world’s internet users aged 16 to 64 now watching TV content streamed over the internet. Other sources of popular internet-enabled entertainment include streamed music services (70%) and podcasts (41%). It’s not just passive entertainment; 4 in 5 internet users aged 16 to 64 say that they play video games each month. Internet users spend an average of 1 hour and 10 minutes a day using games consoles; 20% say they have watched a live stream of others playing games in the past month, and 14% have tuned into an esports tournament in the past 30 days.

Henk Campher, VP of Corporate Marketing, Hootsuite commented: “This data confirms what many of us had suspected—that more people will continually be connected with more tools, on more devices and platforms, and through more channels, fundamentally changing how, as a society, we engage with one another. It’s one thing to make the tangible connection; as marketers and brands, we need to take the time to understand how the content we produce connects on a different level with our audience, and also how we make use of the tools we have to connect those that are yet to engage through the internet.”

Nathan McDonald, Co-Founder and Group Chief Executive, We Are Social commented: “The world continues to embrace the internet and social media. 5G’s impact is beginning to show, TV and the internet are morphing into one, and nearly half of the world’s population are social media users. The connected home is becoming less of a fantasy and more of a reality and, with more people using voice interfaces and voice search as part of their shopping journey, understanding and capitalising on this should be on marketers’ priority lists in 2020. However, the shadow of data misuse remains and almost half of internet users are using ad blockers. We still spend a lot of time online, but we will likely see people being more aware and in control of the data they give away.”

Alcom Shows Commitment to Customer Privacy and Trust by…

Takeda Earns the Best Place To Work Certification in…