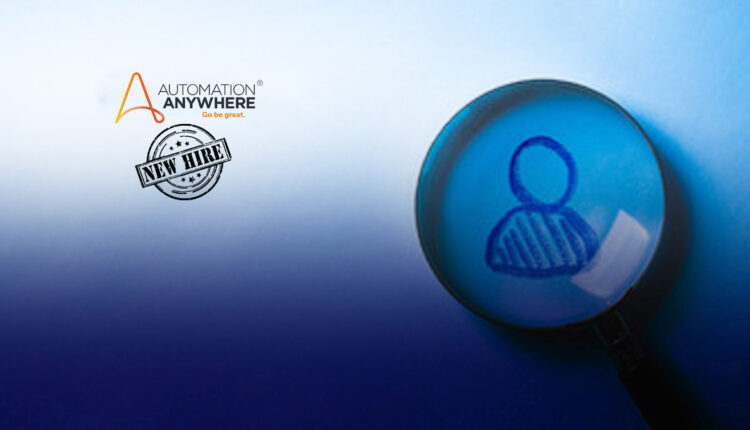 Automation Anywhere co-founder to drive initiatives that use automation as a force for good, empowering people around the world to fully unleash their potential

In her new role, Mehta Shukla will direct the company’s Social Impact Office, and its commitment to make automation a global force for good. The office will focus on corporate social responsibility (CSR) initiatives, including increasing access to technology across all parts of society; as well as upskilling and reskilling people with diverse backgrounds to increase accessibility to jobs that use automation and artificial intelligence (AI) to address world challenges.

“The launch of this new role and our Social Impact Office will enable us to drive increased focus on our corporate giveback and sustainability efforts,” said Mihir Shukla, CEO and co-Founder, Automation Anywhere. “I am excited and committed to see Automation Anywhere empower non-profits and social enterprises to achieve their missions through the inspiring use of automation.”

Through the Social Impact Office, Automation Anywhere is committed to the Pledge 1% movement, which brings the most valuable assets of companies together to benefit society globally. Additionally, it is collaborating with Northampton General Hospital NHS Trust to develop a new series of white papers on how large public health systems around the world can leverage the automation blueprints developed by the NHS during the pandemic to directly impact patient care. The first white paper in the series RPA: A Force for Good in Healthcare, can be downloaded here.

“Automation isn’t only about driving speed, scale, and business efficiencies. At its core, it’s about making work more human, freeing people to unleash their potential and to go be great,” said Mehta Shukla. “With the launch of this office, we aim to build a self-sustaining model that will play a role in changing lives, both through technology for good and by helping people gain the expertise they need to take advantage of new career opportunities emerging in the automation economy.”