Social Technologies Announces Launch Of The Social.Network, A Decentralized Platform Designed To Transform The Future Of Social Media 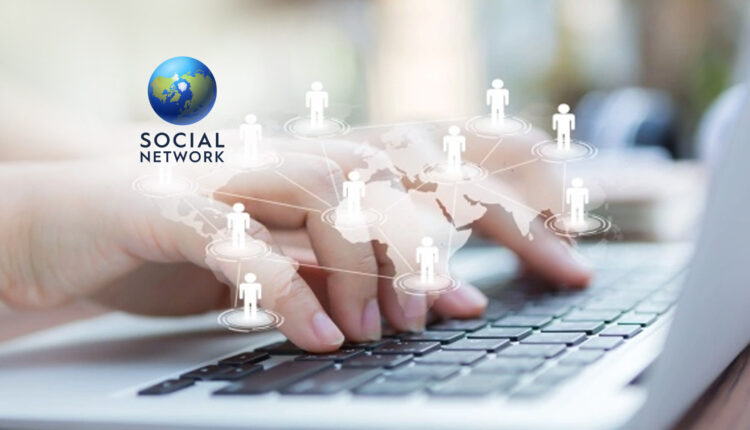 Social.Network, a decentralized alternative to traditional social media that gives its users ownership of their identity and digital assets, to launch first phase of its protocol on April 22nd

Social Technologies announced today the key generation event for the social.network will go live on April 22nd (World Earth Day), to begin the first phase of its decentralized social networking protocol launch. The protocol aims to solve dilemmas currently faced by for-profit social media companies, and their billions of users. The decentralized blockchain powering the social.network application aims to put ownership and control of global social networks in the hands of its users.

Every account created during the key generation event will be used to kickstart the protocol, and be used in a decentralized identity system with P2P recovery, allowing individuals to own their data and assets under self-custodial accounts on its distributed ledger. Profits generated from the platform’s usage will initially be distributed to fund the United Nations Sustainable Development goals, and as the network is further decentralized, sustainable funding decisions will be under the control of the users.

The social.network enables all content to be created as non-fungible tokens (NFTs) on its Polkadot compatible blockchain. Additionally, users on the platform can easily create communities structured as DAOs, which enables them to raise funding from a decentralized global treasury system. As social tokens become more popular, this will become the popular model of valuing these decentralized communities. The Social.Network is disintermediating the current monopolistic organizations that extract profit from users and their content, and fosters direct connections between followers, brands, charities, and individuals. And instead of the centralized corporation, in its place is a decentralized protocol that doesn’t extract value, but instead allows the individual participants to realize the monetary value that they’re contributing to any given network and vote on where it should be allocated.

“The mass migration away from centralized social networks should have happened after Cambridge Analytica showed us the power these companies have over our global governance, economic, and social systems. I guess these companies got even better at distracting us, because we live in an exponentially crazier world now.
Centralized social networks have a broken optimization function that is destroying society, for shareholder returns. We need a new social networking architecture that is sustainable for generations to come, and leads to better outcomes for humanity,” said Social Technologies CTO, Sukhveer Sanghera. “Our goal is to be the solution.”

The ambitious goal of the social.network is to build a new systemic governance, economic, and social system that utilizes modern DeFi protocols, on chain governance, and social networking platforms to demonstrate a viable alternative to a failing system. NET, the native token of the Social.Network, runs on a permissionless, Proof-of-Stake (PoS) consensus mechanism, drastically reducing the energy requirements of securing transactions while also removing a central authority. The issuance of NET is predetermined and distributed to NET stakers following an open-source, verifiable algorithm, and additional NET can be earned by staking existing tokens or creating a social token community that becomes backed by the global treasury, and earning weekly airdrops for contributing to the global goals.

The first phase of the launch will be the initial Key Generation Event which is scheduled to go live on World Earth Day, April 22, 2021. During this event, interested users will be able to create a self-sovereign identity on the platform by following the steps on the social.network landing page, including selecting a group of friends that will be part of the user’s Social Recovery protocol, a key recovery system unique to the social.network enabling a peer-to-peer web of trust to protect accounts from malicious actors.

CM.com Recognized as a Major Player in the 2021 IDC MarketScape for the Worldwide…

As Privacy Hits a Critical Juncture, DataGrail Integrates with HubSpot to Help Joint…

ABM Orchestration: From Silo’s to Symphony

Medallia to be Acquired by Thoma Bravo for $6.4 Billion