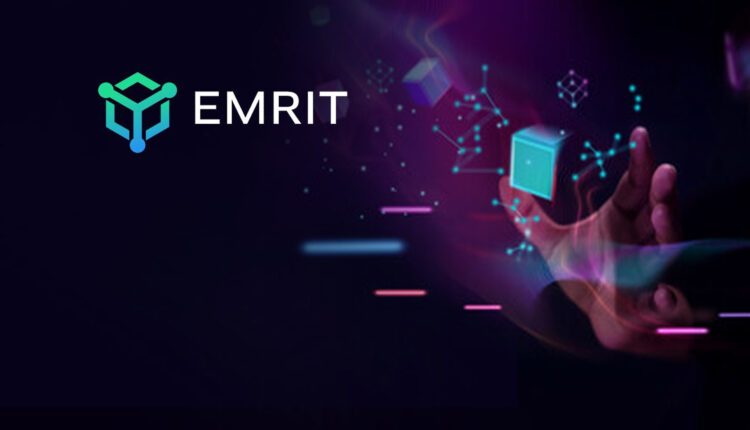 A visionary in the blockchain space, Emrit’s businesses model is accelerating the deployment of energy-efficient Web3 applications that mine cryptocurrency, including Helium, the world’s first decentralized IoT network, and PlanetWatch, a global air-quality monitoring system using blockchain and IoT. The partnership with C3ntro has Emrit supplying Helium IoT gateways that also mine cryptocurrency, allowing C3ntro to offer their customers new revenue generating services while Emrit subsidizes network deployment costs with cryptocurrency mining rewards.

C3ntro VP of Global Carriers Abraham Smeke commented, “Our partnership with Emrit allows us to deploy new, innovative solutions to our customers at a fraction of capex associated with a typical IoT deployment. This Web3 model has the potential disrupt the telecommunications industry, particularly during the current challenges for Mexican tower companies, and we’re excited to be at the forefront of this potential shift.”

Emrit CEO, Jiten Varu, commented, “Our consumer and enterprise hosts have earned tens of millions in cryptocurrency rewards over the last year, for simply providing a steady internet connection and electricity equivalent to a 5-watt lightbulb. As we look to hyperscale our business, partnerships with C3ntro will significantly speed the adoption of Web3 applications, and we’re delighted to welcome exceptional executives like Harumi and Ryan to help us accelerate this growth.”

Harumi joins Emrit from Celsius Network, where she most recently served as a Chief Financial and Investment Officer. Her initial focus will include overseeing the finance department and investor relations initiatives. Her expertise includes leading companies on a growth trajectory from a strategic, operational, and financial perspective from an array of fintech categories including, artificial intelligence, blockchain, cryptocurrency, and cybersecurity. Having started in the investment banking industry, she held several leadership positions at both finance and fintech companies.

Ryan joins Emrit from OKdo where he served as a Vice President of Commercial. He has strategically led the commercial and global sales teams of several businesses including startups and IoT solutions. He has wide industry experience from Oil & Gas to Power Generation, IoT/M2M, telecommunications, logistics and medical equipment industries. During his previous stints, he worked with Carnegie Technologies, SIGFOX, GE, and with the US Army as a Captain.

Momento NFT Emerges From Stealth to Bring NFTs to the Creator Economy With a $4M Seed Equity Round Led by Cadenza Ventures, With Participation From FTX, Animoca, & Mark Pincus

The Academy and Nuance, a Microsoft Company, Partner to…

Croquet Launches the First Open Operating System for the…