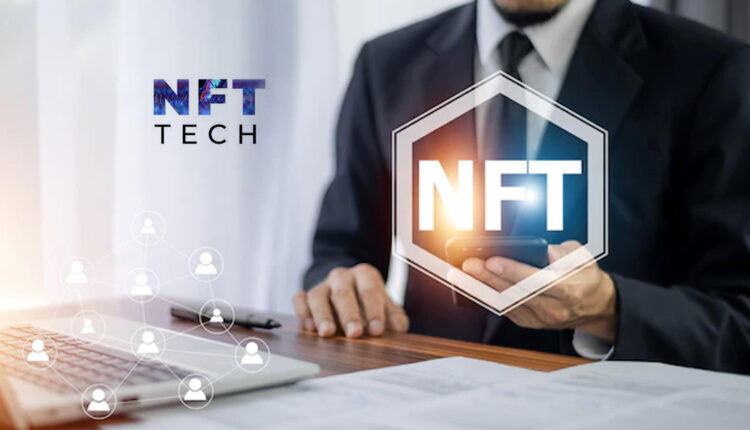 NFT Technologies Inc, a leading technology company mainstreaming decentralized ownership, NFTs and the metaverse for public markets, announced significant growth in its project pipeline off the back of recent partnership announcements.

Following the signing of multi-year contracts with major brands, NFT Tech continues to over-deliver on partnership and contract goals and expects to close several more by year-end. The Company has already announced partnerships with the Australian Open, Elvis Presley Enterprises, Sony Sports, and an exclusive multi-year deal with World Table Tennis.

“The inbound we’re seeing has been amazing,” said Adam De Cata, CEO of NFT Tech. “Our pipeline continues to grow extremely fast, even seeing deals coming our way from major blockchain companies. We’ve identified a massive gap in the market where there’s a void of capable teams working with both the creative and technical aspects of blockchain development that can deliver innovative projects with massive utility to major brands and to their users. I’m excited to continue to bring brands into web3, faster than even I expected.”

Revenue increases are reflecting these successes, with NFT Tech reporting nearly $1M CAD in revenue (CAD$923,000) as projects start to roll out. With its focus on the resale royalties, the Company expects to see ramping revenues which would represent a recurring revenue model based on the number of projects launched into the space.

“We’re frequently asked why major brands pick us, and what makes us different,” continued Adam. “The truth is we’re not simply an award-winning NFT studio that offers web3 strategy. NFT Tech supports our clients throughout the web3 journey: from idea to project execution and launch. This is because companies often come to us knowing they should be doing something in web3 but have no idea where to start. On top of this, we have a long track record of working with the world’s largest open Metaverse projects like Decentraland and Sandbox and the client is able to feel comfortable they’ll be receiving great value. It’s also worth commenting on the advantages of being a public company, when working with major brands being public gives them a serious sense of security in an industry that is still flooded with bad players.”

Reflecting on the company’s most successful project to date, the Australian Open NFT: the launch sold out in three minutes generating $3M AUD and contributed almost $1M AUD towards Tennis Australia’s charity arm. The project has had close to $10M AUD in secondary trading volume. For every Art Ball sold in the secondary market, NFT Tech receives royalties in perpetuity of the project – a particular highlight is Rafal Nadal’s Championship point, which was originally purchased for approximately $250 USD and sold for approximately $9,000 USD, which resulted in a trailing commission to the project. Resale royalties on average across the NFT ecosystem are between 5 and 10%.

NFT Tech expects to launch five additional major projects by the end of the year, and continues to be the go-to company when it comes to innovative NFT strategies that increase fan and user engagement. The Company’s next project launch is Elvis Presley, in partnership with Sandbox and Decentraland. The project launches in September and will attempt a Guinness World Record for the most metaverse attendees ever.

Currys Collaborates with Mindtree to Deliver a Connected…