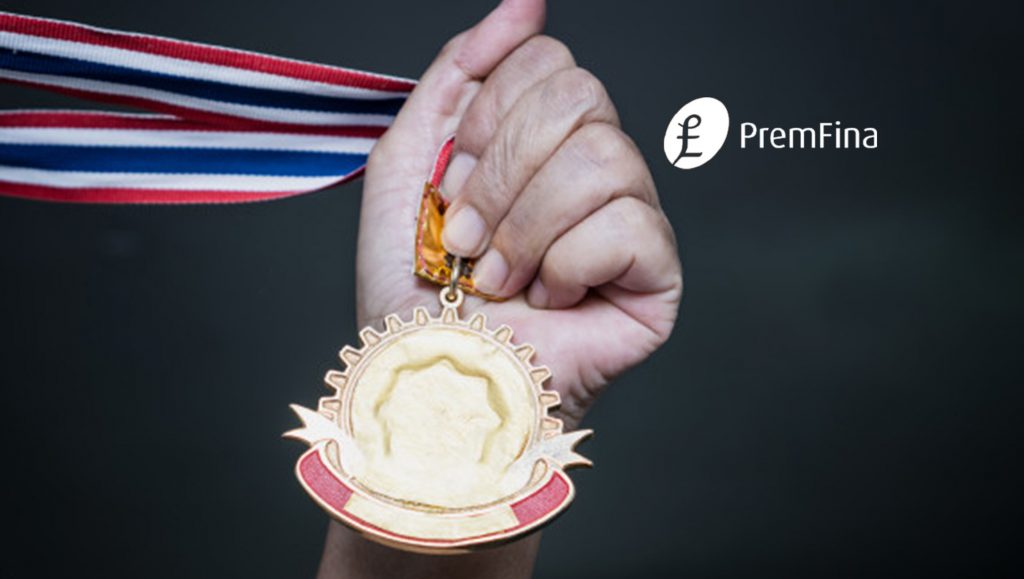 PremFina Ltd (“PremFina”), the UK’s sole provider of a proprietary premium insurance white label SaaS (Software-as-a-Service) to insurance brokers and underwriters, announces its Director of Client Services, Moira O’Connell as winner of the Mentor of The Year at the Insurance Business Women in Insurance Awards 2019.

More than 950 nominations were received across five categories, which resulted in nine candidates being selected as finalists for the Mentor of The Year Award. Nevertheless, it was PremFina’s O’Connell who won this category with her triumph being described as being “close to a unanimous decision” by Insurance Business.

“I have an attitude of gratitude, I’m so grateful for even being nominated, let alone winning,” said O’Connell. “I still stand by what I said previously, that mentoring should be a part of our everyday role and I can only hope this message continues to spread.”

PremFina’s CEO Bundeep Singh Rangar commented on the event, which celebrates women who have made a profound impact in the insurance sector, “We’ve always recognised Moira’s outstanding contribution so it’s rewarding to see the industry do so too.”

PremFina has experienced exponential growth with more than £293 million worth of insurance premiums processed in the three years since Q4 2016, across 75 brokers, who utilise its financing and SaaS solutions. Of that figure, more than half the premiums have been processed this year alone.

The fast growing fintech’s ambitions are consistent with its hiring culture, aligning with O’Connell’s own impressive career progression. With a track record of success that includes spearheading the premium finance offering to brokers at The Royal Bank of Scotland Plc (RBS) and a previous role as premium finance manager at the UK’s largest insurance broker Marsh Ltd, O’Connell’s expertise has seen her advance from Head of Customer Services to Director of Client Services at PremFina.

O’Connell’s winning leadership approach to managing the client services team at PremFina is central to the company ethos of collaboration when working towards a common goal. The resulting effectiveness of doing so occurs as according to O’Connell, “if we support those around us, it builds a better team and cohesive company environment.”

Marketing Technology News: Bidstack Launches in the US and Appoints Fisher as Head of Sales

42563
We store cookies on your computer to improve your experience and provide more personalized services, both on this website and on other sites. For more information about the cookies we use, see our Privacy Policy. We won't track your information when you visit our site. We will have to use at least one cookie to ensure that you won't have to make this choice again.AcceptPrivacy Policy