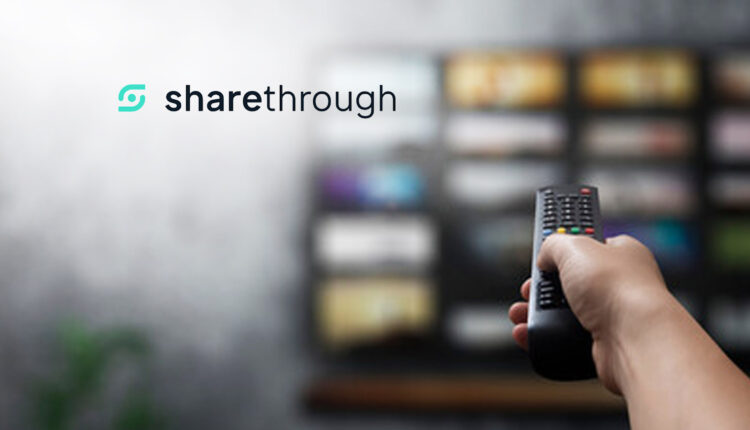 Sharethrough, one of the top global independent omnichannel ad exchanges, announced today that it is expanding its CTV Ad Enhancements Suite with the launch of countdowns and sports tickers to improve attention, promote action and drive campaign results.

Sharethrough’s CTV Ad Enhancements are designed to address the ongoing attention challenge advertisers are looking to tackle by providing viewers with information that they would otherwise get on their phones within the ad itself. The two new enhancements were created based on the results of a Sharethrough study, which found that 76% of viewers tune out commercial breaks, either by muting their television, leaving the room, changing the channel or looking at something on their phone.

The CTV Countdown Overlay can be used to draw attention to limited time offers, such as product launches and upcoming shows. For example, a countdown can be added at the bottom of an ad for a product a brand is promoting for the holiday shopping season, counting down the days until a limited-time discount expires. The CTV Sports Ticker will display the latest scores and upcoming games for all major sports leagues of the advertiser’s choosing.

To ensure format effectiveness, Sharethrough conducted a survey on 1,000 consumers in the United States and Canada who were exposed to the CTV Ad Enhancements. Results found that consumers who watched a commercial with the countdown overlay were 43% more likely to remember when the promotion advertised starts. The survey also showed that sports fans are 91% more likely to pay attention to TV ads with a sports ticker, with 14% more likely to comprehend the advertiser’s overall message.

“Everything we do at Sharethrough is backed by research to enable human-centric advertising that improves the user experience,” said Sharethrough CPO, Curt Larson. “Through our research, we found that people often use commercial breaks to look up information on their mobile devices, such as the score of a sporting event. With Sharethrough’s CTV Ad Enhancements, we’re not only providing consumers with worthwhile information, but also driving attention and performance of the ads themselves.”