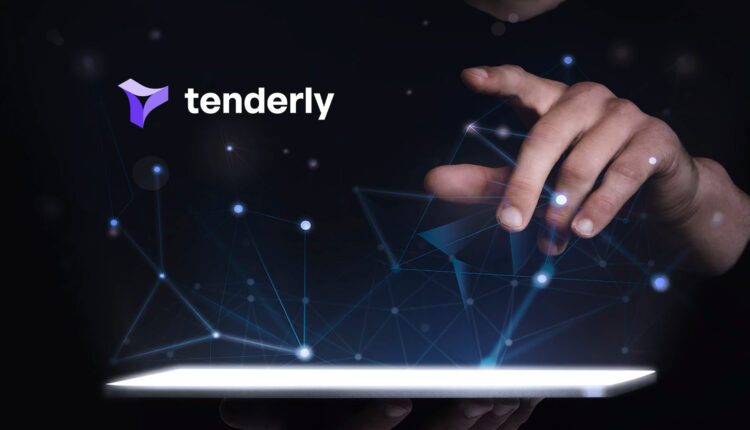 Tenderly, creators of an industry-leading Web3 development platform, announced the Tenderly Web3 Gateway, an integral part of the Tenderly platform that expands the offering to cover the whole Web3 development lifecycle. This node-as-a-service solution gives developers easy access to blockchain and enables blockchain development teams to focus their engineering power on critical activities when building and improving their dapps.

Tenderly Web3 Gateway is a fast, reliable, and easy-to-scale node solution that enables Web3 developers to handle read-heavy workloads with consistent data. As a result, smart contract developers can read, stream, and analyze blockchain data, including archive data, essential to their research, analytics, and dapp-building process. The Tenderly observability stack indexes over nine billion transactions across more than twenty blockchain networks, so extending the offering with a reliable node-as-a-service solution aligns with the platform’s core capabilities.

Before adding the Web3 Gateway, the Tenderly platform provided critical Web3 infrastructure, ran 50 million simulations monthly, and helped Web3 developers build dapps that incorporated transparency and predictability into their transactions before sending them on the blockchain. With the addition of the Web 3 Gateway, the Tenderly platform ends the cycle of developers piecemealing various tools together. Now, developers can use the web3 development platform that is end-to-end and cohesive.

“Our goal has always been to help Web3 developers overcome the complexity that comes with developing in a fast-growing Web3 industry,” said Andrej Bencic, CEO and co-founder of Tenderly. “We will always support developers in the blockchain industry to build groundbreaking products while simultaneously lowering the barrier to entry for newcomers. With an all-in-one Web3 development platform, smart contract developers have everything they need to build reliable, compelling dapps faster while boosting their team’s velocity and collaboration.”

The Tenderly Web3 Gateway is fully integrated with the Tenderly platform, equipping developers with the necessary components to build their dapps while avoiding development silos and cutting time and cost. The Tenderly development platform covers all aspects of the smart contract development lifecycle, from the ideation and development phase to testing, deployment, and production.

By adding the Web3 Gateway to the stack and bringing complete integration across the platform, Tenderly offers a unified and professional Web3 developer experience. Now, engineers have access to the most comprehensive development tooling, observability, and infrastructure building blocks, removing friction from the otherwise arduous process of dapp development. The platform supports over 20 Ethereum Virtual Machine (EVM)-based networks to let development teams build, test, debug, monitor, and operate smart contracts.

The Tenderly platform empowers Web3 development teams to build their products confidently by offering everything in one place. In the development phase, smart contract developers can rely on Debugger and Transaction Simulator to reduce troubleshooting time and figure out why transactions fail by previewing different outcomes.

With the observability features, developers have greater visibility into the on-chain activity, making blockchain data more accessible and usable. Combining these insights with custom, real-time alerting, smart contract developers get a reliable monitoring solution that helps them react fast to unpredictable scenarios and gives them better control over their smart contracts on-chain.

“We will continue building an ecosystem that supports Web3 developers globally,” added Bencic. Driven by open collaboration and innovation, Blockchain represents the future of software. By listening to our users and taking a developer-first approach to building our products, we will work to enhance the Web3 developer experience further and lower the barrier to entry.”

“It’s awesome to work with the Tenderly team. Their support and execution are world-class, and the team constantly pushes the boundaries of developer tooling. Now, with Tenderly Web3 Gateway, we are excited to unify our development environment and have all we need in one place,” said Felix Leupold, technical co-founder at Cow Swap

“Tenderly’s development tools and observability stack have become essential to our flow these past few years. For instance, Tenderly Simulations already enabled us to provide a better user experience to our customers. And now, with the fast and reliable Web3 Gateway node, Tenderly makes all aspects of our development process as easy as possible,” said Samyak Jain, co-founder and CTO at Instadapp.

Growth of Location Based Marketing and Its Importance