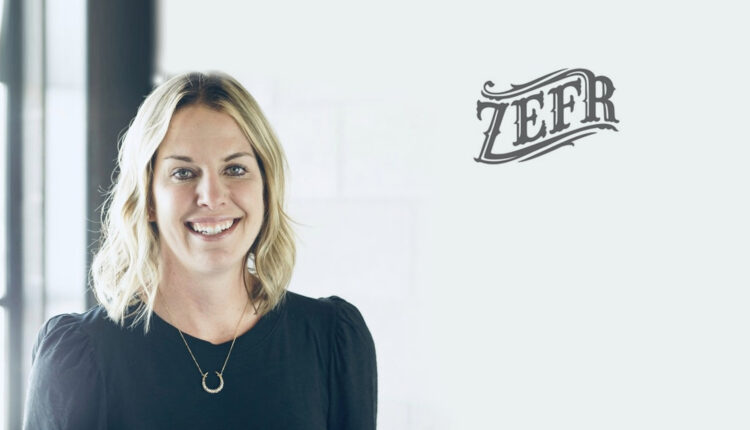 Zefr, the leading data company for brand suitability in video, has announced the appointment of Kelsey Garigan as Executive Vice President, Head of North American Sales.

Kelsey has been a key member of the Zefr team since 2012, helping the business sell and launch its first ad campaigns before being elevated to West Coast Vice President. In her new role as EVP, Head of North American Sales, Kelsey brings her extensive knowledge of business operations and a wealth of sales experience to spur the growth of Zefr’s video solutions across the US and Canada.

Prior to Zefr, Kelsey was Director of Sales West for DoubleVerify, bringing ad verification and brand safety to the market across major West Coast brands and agencies. Kelsey began her career in sales at Pricegrabber.com, which was acquired by Experian in 2005.

“As advertisers are investing more in their digital video strategies, ensuring they are able to effectively scale, activate and measure their investment has never been more important or more challenging,” Kelsey Garigan commented. “Zefr’s ongoing commitment to improving brand suitability capabilities via industry standards like the Global Alliance for Responsible Media (GARM), while accelerating brand’s incremental reach in emerging video channels like CTV, puts the company in a prime position for its next stage of growth.”

Globally, Zefr’s platform is leveraged by brands and advertisers to standardise their brand suitability across both YouTube and Facebook. Rather than rely on broad semantic tools, the company has built a patented “Human-in-the-Loop” approach to brand suitability, combining human cognition with machine learning to identify, target and measure video much more precisely than using keyword or publisher-level analysis.

“Kelsey Garigan is an exceptional sales leader, and we’re thrilled she will be heading our North American sales team,” said Toby Byrne, President of Zefr. “She recognises the profound impact brand suitability and content adjacency across video platforms can have on brand success, and her invaluable expertise will help further accelerate the company’s growth.”

Studies have proven that brands activating Zefr’s data experience improved precision, control, and effectiveness of their ad campaigns, resulting in incremental lifts in purchase intent and brand perception – including on CTV.

The company announced it was in development with a Brand Safety and Suitability Reporting product for YouTube in late 2020, allowing brands to transparently measure campaigns against the GARM industry standards.

Marketing Technology News: Phoenix Suns Team Up With BlueJeans By Verizon To Drive New Era Of Fan And Partner Engagement

UiPath Announces Integrations with Tableau to Transform Dashboards into Dynamic…

Convenience, Preparation And The Outdoors: A Tale Of Three…