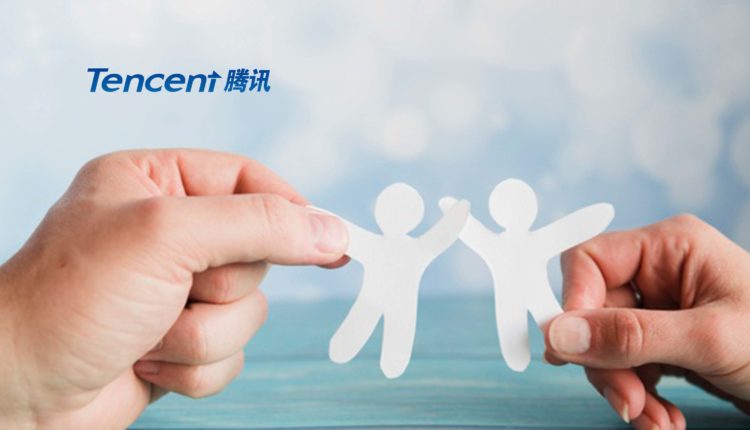 Tencent and the United Nations (UN) today announced a new and innovative global partnership for the UN’s 75th anniversary, which will host thousands of online conversations through VooV Meeting (international version of Tencent Meeting), WeChat Work and Tencent Artificial Intelligence Simultaneous Interpretation (Tencent AI SI). This partnership means that amid the coronavirus pandemic, the largest global dialogue to date will be conducted with the technical support from one of the world’s largest Internet services and technology companies.

In celebration of the UN’s 75th anniversary (#UN75 campaign), Tencent and the United Nations are partnering to reach out to millions of people across the globe, aiming to listen to their thoughts on what the world should look like in 25 years and what role international cooperation should play in solving global challenges like climate change and pandemics such as the coronavirus. The United Nations is calling on people all around the world to engage in a global dialogue and empowering partners to organize and participate in online discussions of any scale with the help of Tencent’s VooV Meeting platform, WeChat Work, as well as Tencent AI SI.

“Global collaboration not only plays a vital role in human well-being and our future, but is also the key to fighting the current global pandemic. Tencent is honored to participate and facilitate UN75 global conversations. We will spare no effort in providing technical solutions to support online meetings and idea exchanges for the UN, with the aim of bringing the global village even closer together and overcoming global threats through extensive dialogue and cooperation.” said Martin Lau, President of Tencent.

As the entire world combats the Coronavirus pandemic, international cooperation and solidarity are more critical than ever. Tencent will provide the #UN75 campaign with videoconferencing and digital dialogue tools to boost the initiative’s online outreach and promotion among the public.

“As we are strengthening the UN75 initiative in the digital space and adapting to the current constraints, this partnership could not have been more timely and valuable. We are grateful to Tencent for their generous support to the UN75 initiative. Their dialogue tools and videoconferencing services will greatly enhance our capacity to reach out to more people across the globe. Tencent’s technology and global outreach is particularly important to reach young people. As one of the world’s largest tech companies, Tencent’s support for the UN75 campaign sets an important example,” said Fabrizio Hochschild, Special Adviser to the Secretary-General on the Preparations for the Commemoration of the United Nations’ 75th Anniversary.

Meanwhile, the #UN75 campaign is gathering solutions, opinions and concerns in solving critical global challenges, through online dialogues and its one-minute survey at www.un75.online. The survey will be disseminated and promoted through Tencent’s social networking, gaming, media, video and advertising platforms. The views and ideas generated will be presented to world leaders at a high-profile event during the 75th Session of the General Assembly in September 2020.

Tencent Meeting, the online platform supporting the #UN75 campaign, has over 10 million daily active users, becoming one of the most widely used video conferencing applications in China. Since its launch last December, Tencent Meeting has launched 14 updates within 40 days. Tencent Meeting also expanded its computing resources daily and used the added resources to scale up capacity by adding over 1 million CPU cores to the network with a total addition of more than 100,000 CVM within eight days, setting a new record in China’s cloud computing sector. VooV Meeting, the international version of Tencent Meeting, was made available online in over 100 countries and regions around the world.