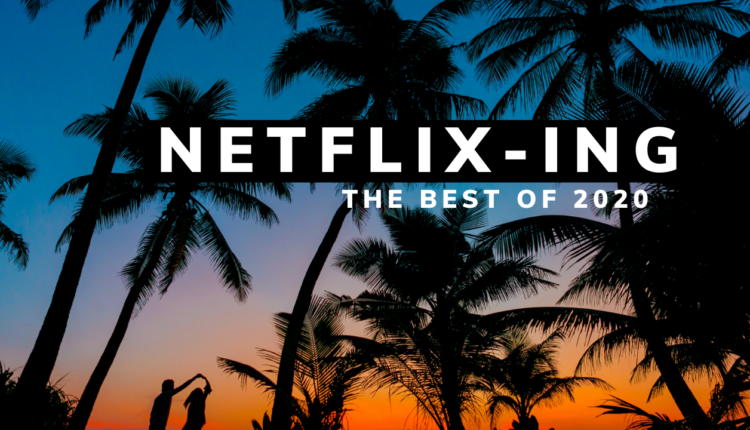 Marketing campaigns represent the best possible way to engage with customers, clients, and leads. They are meant to get attention and for people to start talking about the product/service. They even perform better than traditional advertising. With that being said, let’s have a look at the veteran online streaming service provider Netflix and its incredible campaigns of 2020.

On the 1st of April, Netflix launched a campaign where it asked users to spare the fools and spread the warmth by celebrating ‘April Feels Day.’ As it was the start of unprecedented times, the streaming giant reminded the audience to spend a warm and fuzzy day by watching their heartwarming content via streaming. Netflix took Instagram with the caption, “you get feels, you get feels and you sir, YOU ALL GET FEELS.”

Since we're celebrating April Feels day, what’s a moment from a show/ movie that made you feel emotions?

April — “Wanna Talk About It?”

Netflix partnered with Instagram to connect with their audience group in a more meaningful way. The campaign featured weekly live series on Instagram with the stars of some of Netflix’s popular YA content talking about the importance of mental health during the global pandemic. Its primary goal was to strengthen customer loyalty and enhance the brand’s image while also encouraging mental wellbeing. The campaign also allowed people to directly ask questions and share their thoughts with mental health experts.

May — “You Will Work in this Town Again”

As the coronavirus pandemic forced production houses to shut down leaving thousands of people without a job, Netflix came up with the campaign to support the town’s essential workers. It set up a $150 million fund and the campaign worked in conjunction by showing support for the crew working behind the camera. The streaming service rolled out new ads around Los Angeles spotlighting crewmembers from its diverse shows and films. The spots ran May 19-31 covering 17 billboards and more than 100 bus shelters. The ads include faces and names of select crewmembers, displaying a hopeful message: “You will work in this town again.”

Perceiving the state of children spending six to nine hours a day in front of a smart device, Netflix came up with “Get Up” campaign to break the sedentary lifestyle of children. The goal was to create an original, creative, and fun way to move children away from the couch. Netflix launched Get Up, a platform that blocks its content with one objective; to move children and have fun watching their cartoons.

September — “One Story Away”

Netflix brought “One Story Away” to highlight the power of storytelling. It was based on the premise that TV series and movies bring out different emotions providing users to experience new perspectives that bring people closer together. The global campaign which ran in 27 countries advertised Netflix’s strong library of content. It also highlighted Netflix’s success in English, Spanish, German, and Hindi languages, displaying the broad appeal of the OTT streaming platform.

Economic Influence: When Brand’s Budgets Have Been Rationalised, What Should They Invest In?