Amazon Could Completely Move out of Oracle’s Database Software by 2020! 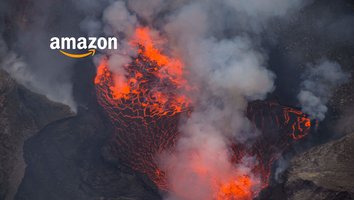 According to Recent Reports, Amazon Could Phase out of Oracle’s Database Software by 2020. This News Has Stirred the Information Technology Industry and Has Engaged Amazon and Oracle in a War of Words

Amazon is emerging to be one of the biggest Data Center Providers, globally. This is converting several of Amazon’s longterm suppliers into rivals. Oracle is one of them.

Both the companies might part by 2020 as Amazon is migrating most of its infrastructure to Amazon Web Services. Discontinuing its association with Oracle is a huge blow to this company, financially.

Oracle has been struggling to move workloads to the Cloud from traditional data centers. In contrast, Amazon’s Cloud transition has been lightning fast. With AWS spearheading the e-commerce giant’s revenue stream, the company has bypassed Alphabet Inc. in market value. Amazon reported a 49 percent increase in revenues in the second fiscal quarter of 2018.

On the other hand, Oracle has been stagnant in terms of value from almost five years now. As the report came out, Oracle’s stock dropped.

The e-commerce giant still heavily relies on Oracle’s software for many of its core business functions. However, it would take a maximum of 20 months for the transition to happen. This project is being kept as a top secret and people associated with the matter did not want to be named.

Amazon has been wanting to break its association with Oracle for many years. The e-commerce giant though, couldn’t take the step immediately due to overheads.

Oracle cannot keep up with the scale of the requirement that the e-commerce company requires. Oracle’s technological limitations are cited as the main reason for this disassociation. Oracle’s technology has not innovated since many years, stakeholders said.

Amazon also has a long way ahead to build fool-proof technology. The recent Prime Day disaster is proof that Amazon needs to gear up.

After the announcement, both the companies continued arguing with each other. After the report was made public in January 2018, Drexel Hamilton’s Brian White disputed the report. He firmly suggested that Oracle’s chairman Larry Ellison quoted something else in December’s earnings call.

He said that, “Let me tell you who’s not moving off of Oracle,” Ellison said. “A company you’ve heard of just gave us another $50 million this quarter to buy Oracle database and other Oracle technologies. That company is Amazon.”

He also said, “competitors, who have no reason to like us very much, continue to invest in and run their entire business on Oracle.”

People from Oracle said that the e-commerce giant has spent 60 million dollars just last year on its database software. Amazon did not comment. Oracle released another statement saying,

“We don’t believe that Amazon Web Services has any database technology that comes close to the capabilities of the Oracle database.”

Both the companies have been warring verbally for quite some time now. When Oracle’s executives bragged about cost efficiency, Andy Jassy hit back at Oracle. He said Oracle is far away from adapting to Cloud capabilities.

Oracle and Amazon have been at each other’s throats since the release of AWS’s Aurora relational database technology which is Oracle’s main business.

AWS is also channelizing an easy move of company sensitive data to the Cloud. AWS’s development of a Database Migration System has transferred 80,000 databases to Amazon so far. This tool can migrate data from Oracle’s technology which has further infuriated Oracle. Large corporations that have now started to operate using AWS are-

Larry Ellison in 2016 announced that Amazon is just not ready to handle machine critical loads at primetime. He stated that “Our database customers really can’t run their machine-critical workloads at Amazon. They can’t do it.”

Market share wise, Amazon is far ahead than Oracle. Industry stalwarts are not exactly sure how much money Oracle is making out of it’s Cloud services. Oracle has stopped announcing revenues generated from their Cloud services.