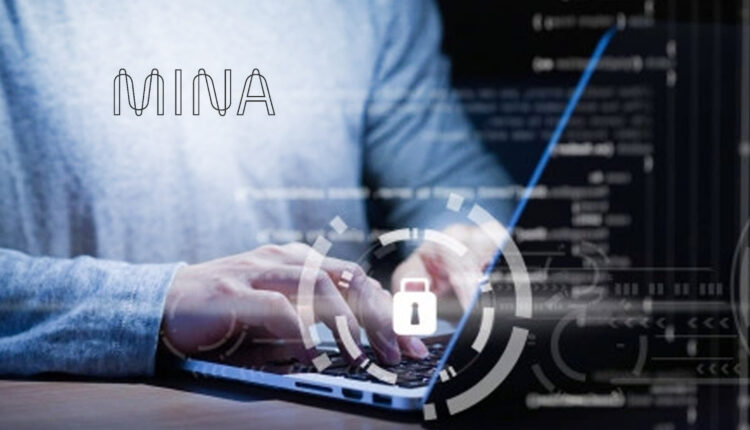 Mina, the world’s lightest blockchain creating a private gateway between the real world and crypto, launches on mainnet today and announces its partnership with CoinList for its upcoming token sale.

Mina, the world’s lightest blockchain creating a private gateway between the real world and crypto, launches on mainnet today and announces its partnership with CoinList for its upcoming token sale.

Evan Shapiro, CEO and Co-Founder of O(1) Labs and Board Member of the Mina Foundation, shared, “Mina aims to empower users through its lightweight blockchain, giving users direct, permissionless access to cryptocurrency, while its Snapps, or SNARK-powered applications bring new possibilities for internet privacy and data security. Between its lightweight design and Snapps, Mina provides a seamless gateway to privately connect the real world with crypto.”

Unlike the majority of blockchains that do not interact with the internet, Mina can interact privately with any website. This allows developers to leverage real world data into computing and decision-making to change the way we live and work, without ever compromising privacy. Specifically, Mina never shares sensitive user data—even to those counterparties requesting it. Instead, Mina proves a fact about the data and shares only that verified proof.

For example, by partnering with decentralized lending protocol Teller Finance, a user would be able to prove that their credit score is above 700 without sharing their actual score, or any other sensitive personally identifiable information (PII) like their social security number, with the requesting party. Mina can simply connect to a credit score reporting website, produce a proof on the user’s local machine (e.g., passing the credit threshold), and then share that proof with the requesting party. Powered by Mina, Teller’s users would never put their PII at risk.

Mina is known for:

Whereas legacy blockchains like Bitcoin and Ethereum grow increasingly heavy, resource-intense and inaccessible with each transaction, the Mina blockchain is light. Thanks to advanced cryptography and recursive zk-SNARKs (an application of zero-knowledge proofs) the entire Mina chain is about 22kb—the size of a couple of tweets. Its size will allow anyone to quickly sync and verify the network, exponentially increasing participation, true decentralization, censorship resistance, and network security.

Now that Mina has launched on mainnet, developers will soon be able to leverage the protocol to create decentralized SNARK-powered applications (Snapps), bringing privacy and data security to users around the globe.

Seclore Accelerates Data-Centric Security in the Cloud Within 24 Hours

Making Science Enters U.S. Market with the Acquisition of…

Conductor Announces Its Next Generation of Marketing…