To uncover the biggest trends and challenges facing the media industry, Cision recently released its 2018 State of the Media Report, revealing that fake news continues to be a major concern for journalists around the world, emerging for the second year in a row.

In fact, 56 percent of global respondents said fake news
is making readers more skeptical about all the content they read.

However, this situation is helping increase the importance of journalistic standards. For example, 75 percent globally said ensuring content is 100 percent accurate is most important to their organization – more so than being first to publish a story. Only 10 percent said the same thing about being first to publish, a three percent decrease from 13 percent in 2017. 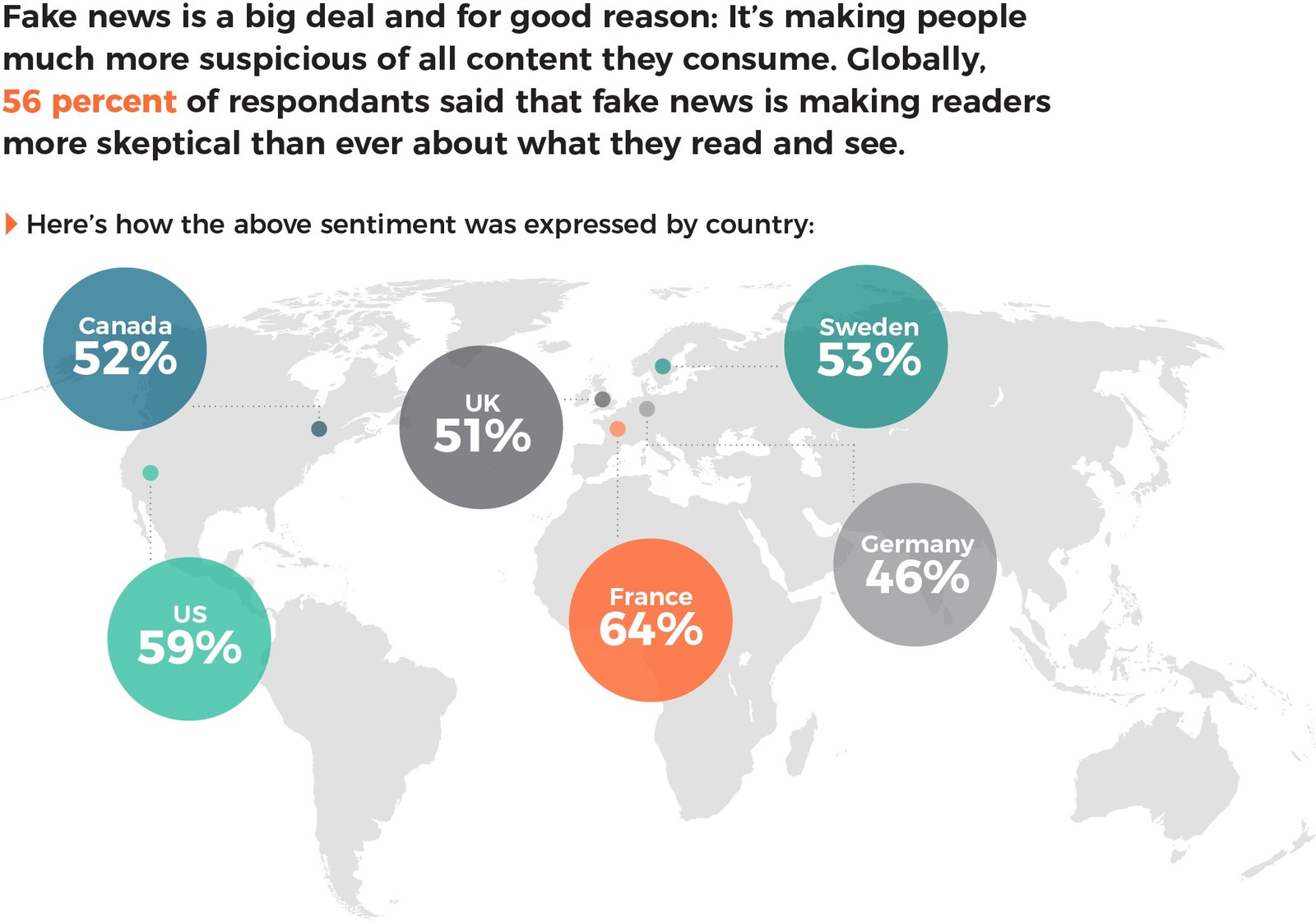 The report features these findings from a global survey of 1,355 journalists and influencers focused on their perception of the media and communications industries. Cision’s annual report highlights key issues occupying the mindshare of traditional media and influencers to help communications and PR professionals drive better media engagement and results.

Another major concern for journalists is trust, stemming from the proliferation of fake news and misinformation. When asked if the public had lost or gained trust in the media over the last year, 71 percent said they thought the public had lost trust. However, this number saw a 20 percent decrease from 91 percent in last year’s survey.

“It’s been both an extraordinary and challenging year for journalism – with the constant accusations of fake news, anti-media sentiment coming from many of the world’s politicians and a seemingly overwhelming supply of competing content. The profession has never been under such stressful times,” said Cision CEO Kevin Akeroyd. “As tested as the industry has been, it’s both surprising and hopeful that this year’s findings show signs that many in the industry feel that the public is slowly but surely supporting mainstay journalistic institutions again. In order to continue this positive momentum, brands and journalists must work together to tell engaging, credible and accurate stories that will resonate with the public and continue to help regain trust.”

Other key report findings include: