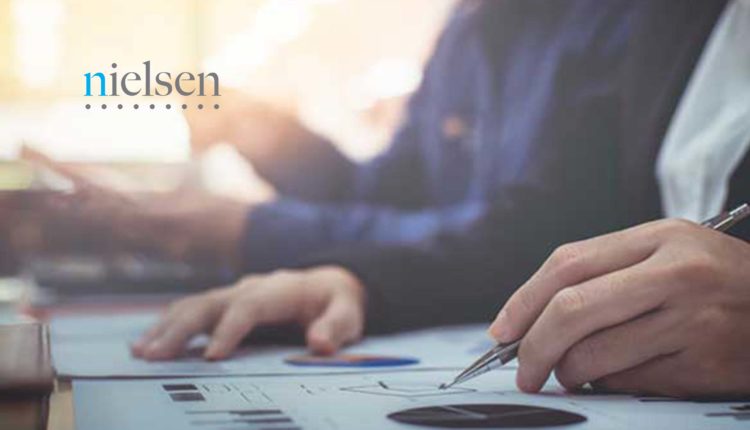 The latest study by Nielsen, the global measurement and data analytics company, shows that there has been an improvement of consumption willingness as China has effectively controlled the contagion, which will bring new vitality to domestic economic development.

Justin Sargent, president of Nielsen China, said: “Since the outbreak of the virus, China’s experience in fighting off the disease has been a barometer for the world. As people’s life gradually returns to normal, consumer-driven domestic demand is now recovering in China, which has injected optimism into the wider global market.”

The retail industry has shown positive signs of recovery

Justin Sargent said: “China’s consumer market has begun to show signs of recovery. Driven by a number of government policies aimed at spurring consumption, the retail industry continues to improve and new consumption momentum has emerged.”

According to data released by the National Bureau of Statistics, the total retail sales of consumer goods shrank 7.5 percent year-on-year in April, a decrease of 8.3 percentage points over the previous month. It showed consumption has been gradually picking up.

Kateryna Edelshtein, vice president of Nielsen China, said: “While we saw the decline of the overall retail business, a few industries have finally returned to growth and are stabilizing. FMCG posted positive growth of eight percent in April, mainly driven by online momentum.”

Basic consumer demand in daily necessities such as food and personal care has restored. In the first quarter, milk powder, loose packed chocolate and liquid milk fell, respectively, five percent, nine percent and one percent on a yearly basis. But the demand rebounded in April, with growth rates of 23 percent, 18 percent and 15 percent respectively.

Shampoo, toothpaste and bathroom tissue shrank five percent, two percent and five percent on a yearly basis in the first three months. They started to grow in April, with growth rates of seven percent, eight percent and one percent respectively.

Nielsen’s latest CEO survey also shows that business leaders’ confidence increased in May. When asked their prediction of the pandemic’s impact on companies, 75 percent of the respondents believed that the situation in the second quarter was optimistic or not affected. The proportion was much higher than 40 percent in March. Fifty-five percent of those surveyed believed that the disease will either not affect or will have a positive impact on the company’s overall performance in 2020. In March, the proportion was 50 percent.

Product innovation and the rise of local brand owners

According to Nielsen’s long-term market monitoring, a large number of new products appear in China’s FMCG market each year, accounting for 46 percent of FMCG growth. The market growth brought about by successful product innovation cannot be underestimated.

Given the novel coronavirus, brand owners have a slow start in innovation in the first quarter. But there was a strong revival in March-April period, with the number of new launches climbing six percent year-on-year.

Local brands have delivered rapid growth in recent years, which means that localization is becoming a new trend in product innovation.

Regional players are enjoying momentum in rural and lower tier cities, especially within non-food categories. They source volume from mid-size players, who are affected by lower distribution, supply chain challenges and capabilities of innovation.

Small players in rural areas mainly contribute to the growth of small brands. They have the fastest growth in terms of dairy products, beverages, snacks and personal care products. Such a performance is stronger than medium-sized brands, local giants and large multinationals.

The coping strategy for post-pandemic consumption

Consumers have maintained many of the lifestyle changes and consumption habits that were developed during the pandemic. But at the same time, we also see that in the post-epidemic era, the consumer market is generating change in terms of channels, demand, product mix and price strategy.

Taking consumer demand as an example, Nielsen’s latest data shows that consumers reduced spending on dining out, traveling, clothing, entertainment and even food and beverages due to the contagion. After meeting basic living expenses, an increasing number of consumers started to save more (54% of respondents), and invest in education (34% of respondents) and health (8% of respondents).

How can brands adapt to changes in the post-epidemic era and seize the opportunities brought by consumption recovery? Kateryna said: “Brands should pay particular attention to changes in consumer trends, innovation, the rise of local brands in different city tiers and commodity categories, and formulate strategies that fit the market amidst channel shifts and product innovations.”

Justin said: “There are significant shifts in the market landscape in the post COVID-19 period, and while these shifts might not have a strategic-long-term effect, they are going to dominate Chinese consumer demand in the next three to six months. Thus, it is important for brand owners to adjust their strategies to win in this new reality.”

Deloitte and Teradata Team to Help Customers Leverage the…