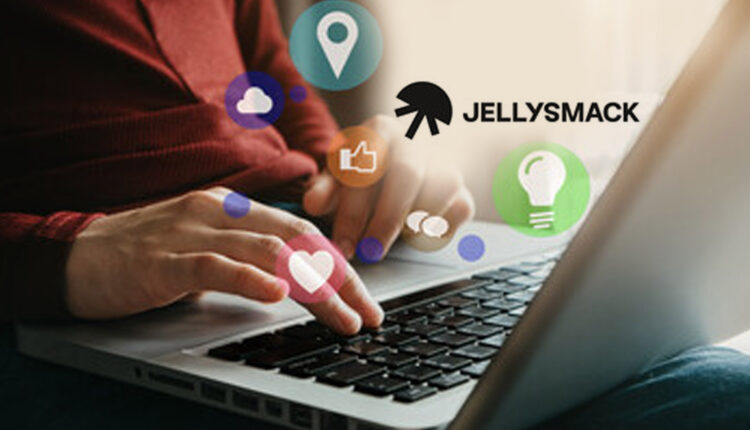 With this latest addition to their Media Partner Program, Jellysmack will optimize and syndicate Fuse’s content on YouTube and Facebook while taking over their viral ‘Mind Massage’ ASMR show on Snapchat.

Jellysmack, the global creator company, has expanded its Media Partner Program with the addition of Latino-owned entertainment company Fuse Media. Through this exclusive multi-year deal, Jellysmack will use its proprietary AI technology to optimize and distribute the best of Fuse’s digital content across multiple social media platforms. By extending the reach of Fuse’s linear IP, Jellysmack will expand their social audience and unlock new monetization opportunities for the iconic entertainment brand. To kick things off, Jellysmack will focus on amplifying Fuse’s existing YouTube channel while also managing their Facebook page and their popular ASMR Snapchat show, ‘Mind Massage.’

The Fuse Media family includes both streaming and linear verticals that celebrate our blended America and give voice to historically unrespresented communities. With award-winning content that entertains and inspires, Fuse Media is paving the way for multicultural digital creators—and together with Jellysmack, there’s no limit to what they can achieve.

“This exclusive multi-platform deal with Fuse Media is a major milestone for our fast-growing Media Partner Program,” says Olivier Delfosse, Head of Strategic Partnerships and West Coast Operations at Jellysmack. “Not only is this partnership the first of its kind for Jellysmack in TV, it also celebrates diverse voices through the channel’s multicultural-focused content. Working with Fuse Media supports Jellysmack’s ongoing commitment to maintaining a culturally diverse list of creator partners and amplifying diverse voices.”

This multi-platform deal between Jellysmack and Fuse Media was executed by Patrick Courtney, Senior Vice President and Head of Digital at Fuse Media.

By participating in the Media Partner Program, Fuse Media will gain access to Jellysmack’s team of expert content strategists, editors, and community managers who will employ the company’s proprietary AI technology to tailor the videos for each platform and run extensive multivariate testing to find the ideal audience. Jellysmack’s tech-powered approach has been proven to yield high engagement and exceptional performance, turning existing intellectual property into valuable new revenue streams.

“Fuse Media remains committed to serving our audience wherever they consume media so there’s never been a better time for us to dive further into the digital space and put our stake in the ground,” says Miguel ‘Mike’ Roggero, CEO, Fuse Media. “We’re thrilled to join the Jellysmack family and leverage their expertise to connect with even more fans across YouTube, Facebook, and Snapchat.”