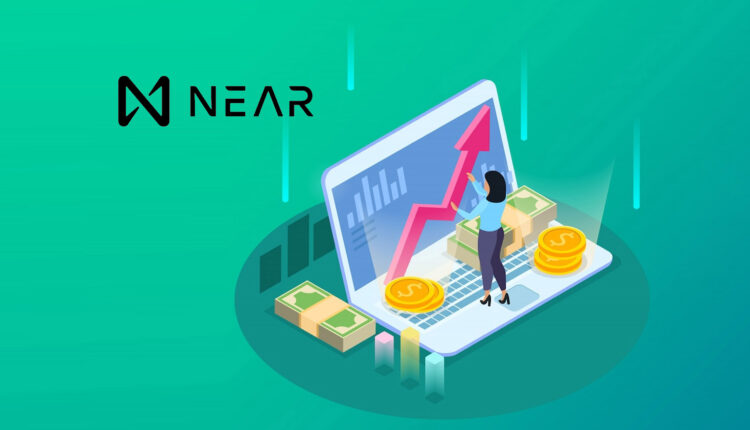 NEAR Foundation, the Swiss non-profit that supports the governance and development of the NEAR protocol, has announced a strategic partnership with Caerus Ventures to launch a $100m venture capital fund and venture lab.

The fund will leverage the opportunities of Web3 as it reimagines culture and entertainment, from how it is financed, produced and distributed to how it’s consumed, owned and monetized.

Caerus is a newly launched investment firm that will back and build projects that place creators, talent, IP owners and the highly engaged communities they serve, at the heart of these new enterprises.

NEAR will cornerstone the VC Fund, which will have an initial closing of $50m and a target of $100m for seed to series A investments.

Marieke Flament, CEO of the NEAR Foundation, said:

“Our cultural passions for live sport, film or music have historically been leveraged to on-ramp billions of consumers to new technologies. The creators, talent and franchises with reach and influence spearheaded that growth and will now drive the adoption of blockchain at scale. But this time, they and their fans will have greater access to the value created.”

Caerus was founded by IMG/Endeavor executive Nathan Pillai, an industry veteran who brings two decades of experience across the entertainment ecosystem. He spent the past five years with IMG/Endeavor (NYSE: EDR), spearheading M&A and venture development of entertainment properties, including Larry Ellison’s SailGP.Pillai commented:

“We’re yet to imagine the plethora of use cases for how Web3 technologies will change how culture is experienced, entertainment is consumed, and value is distributed. And that was the genesis of Caerus: to be a catalyst for innovation that unleashes projects in sport, music, film, TV, fashion, art and gaming which offer greater equity for all.”

“We’re backing Caerus because they have a uniquely differentiated proposition and robust investment thesis predicated on the tokenization of entertainment and decentralization of rights and licensing. In this new economy, we believe that new incentive structures, native business and funding models will empower creators with more control of what they produce and the rewards that come.”

The Venture Lab will attract Web3’s leading engineers, developers and venture builders who want to create category-defining products around iconic talent and IP. Caerus will be supported by advisory partners who will be announced by the end of this year.

The Venture Lab will offer cross-functional support to portfolio projects. NEAR has previously been selected as the blockchain for entertainment franchises like Armored Kingdom as it supports various platforms, crucial for multiverse experiences across different mediums.

“I’ve been hugely impressed by NEAR’s value proposition for developers and users, but more importantly, their mission to empower creators and consumers of culture with more control over their assets. We’re creating this partnership to help revolutionize the existing multi-layered entertainment ecosystems, growing the size of the market whilst promoting greater equity.”

NEAR’s usability as a blockchain enables developers to deliver intuitive experiences for large fan bases. With 18 million accounts created, and 550,000 members, the NEAR community is a globally distributed home to innovators, developers and contributors supporting the protocol’s platform, ecosystem and applications.

Volta’s Consumer Study Reveals Climate Is Top of Mind for…