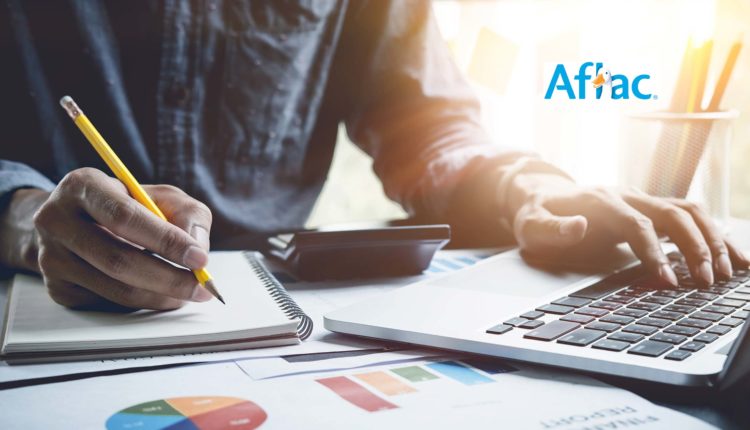 Aflac, a leader in supplemental insurance sales at U.S. worksites, today announced its new, people-centric “Not Alone” marketing campaign. Developed in partnership with Dagger, Aflac’s new advertising agency of record, the campaign reflects the insurer’s commitment to being there for consumers when help is needed most. The new campaign focuses on the wide range of emotions Americans experience when they are hit with unexpected health care costs, emphasizing that Aflac helps pay out-of-pocket expenses health insurance does not cover and giving consumers more control over what otherwise might be uncontrollable situations.

The “Not Alone” campaign’s first commercial launches between 8 and 11:30 p.m. EDT tonight on ABC and ESPN during the NFL Draft. Titled “Gratitude,” it illustrates Americans’ mounting anxiety as out-of-pocket costs balloon from small, manageable amounts to larger expenses they do not have the savings to cover. The commercial then cuts to scenes of excitement and relief as people receive benefits payments from Aflac. To complement the launch, ESPN will feature clips of top college football drafts on its Instagram story, along with Aflac branding and a “swipe up” invitation for viewers to watch the new spot. Outside of the NFL Draft, viewers can see the commercial across networks and streaming platforms such as NBC, Fox, Bravo and Hulu.

A second commercial, debuting in June 2020, shows Americans from all walks of life sharing common concerns about unexpected medical bills, health-related travel expenses, and large bills from hospitals and treatment specialists. Their worries are quickly relieved as benefits payments are delivered by the Aflac Duck.

“The ‘Not Alone’ campaign combines logic and emotion in ways that bring people together, uniting them through shared experiences, thoughts and behaviors,” said Valencia Mitchell, Aflac vice president of Brand Strategy, Insights and Advertising. “That is especially important today, as Americans adapt to new realities caused by COVID-19, which is a reminder that health events can occur with or without warning.

“The campaign emphasizes that consumers who are hit with out-of-pocket medical bills experience fear, panic and – if they do not have the funds on hand to cover health care costs – even embarrassment. Worse, they may feel alone because they do not realize people throughout the country share their emotions and experiences. Although this campaign was in development long before the current pandemic began, it accentuates our commitment to customers that they are not alone and we will navigate this ‘new normal’ together.”

The campaign comes as Aflac enters the second year of a five-year advertising and marketing plan. In 2019, the insurer launched the effort with “Aflac Isn’t” messaging, which sought to eliminate misconceptions about its products and how they are used. As it embarks on its second-year goals, Aflac is working to increase consumer understanding of what “Aflac Is.” Aflac and Dagger will team to deliver on- and off-air content that will live across multiple platforms, working with Spark Foundry on media placements. In addition to airing the new commercials with cable partners and on major television networks, Aflac will amplify the “Not Alone” message in custom Spotify and Pandora ads as well as via host reads throughout iHeartRadio’s “Stuff You Should Know” podcast, online videos and social media.

“We are ecstatic to extend our relationship with Aflac, a company that has truly driven to adopt a modern media mentality and generate new ways to capture consumer attention. We’re especially eager to help facilitate Aflac’s offerings across broadcast platforms while continuing to leverage a historic piece of brand iconography in the Aflac Duck,” said Mike Popowski, chief executive officer of Dagger.

Mitchell said Aflac is excited to have Dagger on board as its advertising agency of record, noting that the partnership is a natural progression based on Dagger’s social media work for the company, as well as Dagger’s creative, thoughtful approach to digital storytelling that resonates with the Aflac audience. “Dagger has been one of our strategic partners since 2016 and became our social agency of record in 2018,” she said. “They have delivered for us with disruptive strategies, a strong understanding of Aflac’s brand challenge and standout content. Extending the scope of Dagger’s work to include television is an exciting evolution, and we’re eager to see where they take us next.”

The Top Shopify Developers, According to eCommerce Development Rating Platform