The French OnCrawl solution dedicated to SEO performance optimization has announced raising $4 million to accelerate its international deployment. The company is progressing towards achieving one goal: to become the world market leader in SEO. Currently, OnCrawl is a powerful SEO crawler and log analyzer in SaaS mode dedicated to SEO audits and daily monitoring.

Founded in 2013, OnCrawl is used by more than 800 customers worldwide, including Purch, Sears, SurveyMonkey or L’Oréal. With triple-digit growth over the past two years, the raised their latest $4 million round of financing involving its historical shareholders and a new entrant: IRDI. The company will also benefit from the support of its banking partners.

“We have a strong belief in our territory’s ability to develop a world-class software publisher. We are delighted to support OnCrawl’s teams as they grow in strength”, shares Benjamin Lillo, Director of Participation at IRDI SORIDEC Gestion.

The company, now the European leader, plans to double its turnover in 2018 and accelerate its expansion in the North American market where it is already present.

“Our ambition is to become the world leader in our segment, this fundraising allows us to accelerate on the North American market where we have already been established for several months and to reinforce our technical teams”, shares François Goube, CEO and founder of OnCrawl.

OnCrawl has been built on a robust data platform, providing real-time analysis, storing large volumes of data for historical analysis. OnCrawl now processes over 200 million URLs per day. Collaborating with two research laboratories since its creation, OnCrawl has also surrounded itself with top-level technology partners such as AT Internet, one of the world leaders in web analytics solutions.

OnCrawl has built a platform combining semantic analysis and Big Data, a unique positioning on the market.

“We entered the capital very early in the history of the company because we were convinced by the relevance of their technology. The team had already demonstrated a strong entrepreneurial capacity in the past, and the commercial deployment in recent months has confirmed the company’s potential to become the world market leader,” Camille Leroux, Investment Director at Aquiti Gestion.

The solution’s success depends in part on the technical teams’ ability to deliver updates and new features on an almost monthly basis. It was the first SEO solution on the market to offer a near duplicate content detector but also a measure of the internal popularity of a website’s pages.

The tool recently took a new step by combining crawl, log files and ranking data to create OnCrawl Rankings, an innovation that won it the Best SEO Software Suite award at the European Search Awards for the second consecutive year.

New Recruitments to Be Expected

With this new fundraiser, the company intends to recruit new talent in the coming months.

“We have launched a new part of our R&D plan, and are actively seeking developers with a strong appetite for Big Data issues to join us in Bordeaux,” said Tanguy Moal, CTO and co-founder of OnCrawl. 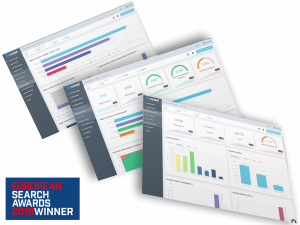 OnCrawl also wishes to develop its sales and support teams in its Montreal offices to be closer to its existing customers. But also open offices in the United States, in London and Berlin in the coming months. This should create 80 new jobs by 2022. The company aims to build the next generation of SEO solutions by helping its users gain easier access to the data they need and better understand the importance of information.