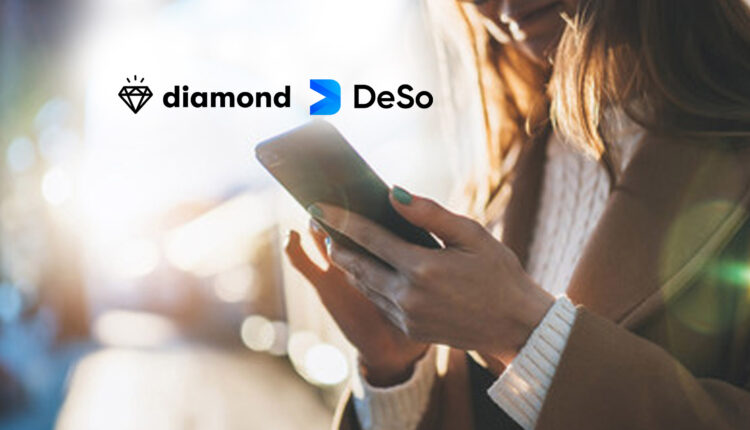 Diamond, a decentralized Twitter alternative, recently launched on the DeSo blockchain. Creators are excited about posting on Diamond because all of their posts and social graph are stored on-chain and thus portable to any other app built on the DeSo blockchain, giving creators and their followers much more control and ownership.

Users have been posting about alternatives as the Twitter turmoil continues. Blockchain technology offers a compelling alternative to the walled garden approach. Putting content and social graphs on-chain instead of on private servers ensures that a single centralized app like Twitter wouldn’t have so much control over public discourse.

Most did not believe a blockchain-based version of Twitter was possible due to limited storage capabilities and the cost of transactions.

“Existing blockchains cannot store content efficiently,” says Nader Al-Naji, the founder of DeSo. “It costs about $50 to store a 200-character Tweet on Ethereum and about fifteen cents to store it on Solana, Avalanche, or Polygon. In contrast, DeSo is one ten-thousandth of a cent, making it the first blockchain capable of disrupting storage-heavy applications like social, blogging, and even marketplaces,” he says.

Diamond appeals to founders, builders, creators, and casual social media users. Additionally, it has blogging functionality and several money-native features creators can use to build, scale and monetize their audience.

Blogging on Diamond is permissionless and decentralized. All content is stored on-chain and 100% open source.

In addition, Diamond’s integration of the DeSo wallet makes it possible to onboard Ethereum and mainstream users. “The DeSo wallet supports both a one-click Google login and a one-click MetaMask login,” says Al-Naji. “It’s not our goal to be tied to a single chain. We just want to allow people to connect no matter what ecosystem they’re a part of. DeSo is the unified social layer for all of web3,” he says.

Diamond and DeSo leverage web3 technology to enable a more direct relationship between creators and users. “Diamond and other apps on DeSo offer a compelling solution. On Diamond, creators can build their social graph on the blockchain, so they wouldn’t be locked into a single app. It’s also great for consumers since they’ll be able to choose from among multiple apps to find the moderation policies that resonate with them,” says Salil Shah, COO of DeSo.

IAB Unveils Reimagined Events Schedule for First Half of…