By: Zack Rosenberg, CEO and Co-founder of CatapultX 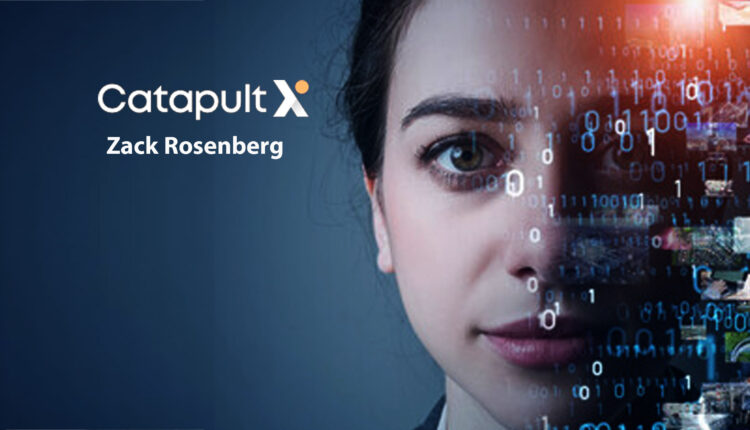 Marketers and media moguls alike have likely heard about third-party cookies going away by this time, but what does it actually mean and how it will affect the video publishing and advertising industry? Some are viewing it as an earthquake which will wipe out a lot of the infrastructure surrounding advertising as we know it.

Predictions on the future ecosystem of media once cookies go away seem to be a lot like weather predictions at this moment. A lot of speculation and guesswork for it to be “already raining outside.” To be fair, it has been raining for a while in the advertising world; the clouds started to form in April of 2016 when GDPR was announced. We can examine GDPR to make some predictions about the outcome of Google phasing out third-party cookies.

A study in 2020 stated that GDPR resulted in a 12.5% reduction in total cookies from consumers. This shows that consumers are making use of the opt-out capabilities for cookie-based tracking. Advertisers that used keyword-based methods saw an immediate drop in clicks and resulting revenue due to a smaller pool of trackable consumers.

GDPR even caused some third-party data providers to close.

Publishers were scared in 2018 when GDPR came to fruition. VDZ research said “67% of publishers said they’d expect to lose more than 30% of sales on all programmatic advertising that uses retargeting.”

A study on the impact of GDPR on content providers showed a decrease of page views by those who implemented GDPR messages with the hypothesis that the opt-in/opt-out pop-up may have discouraged some users of the website. The decrease was even greater on websites who relied on advertising for monetization.

Since then, it has become increasingly obvious that privacy is becoming increasingly important as consumers become more aware of the impact of sharing their data.

Predictions of How Cookieless Advertising will Affect The Ecosystem

y understanding the impacts of GDPR, we can make some assumptions about what will happen when third-party cookies are phased out by Google.

1.   Performance will dip for publishers and advertisers.

The likelihood is that publishers may lose out on some advertising revenue when the market shifts as advertisers and marketers navigate the new terrain. Advertisers may scale back budgets as they transition and test the waters following third-party cookies phase-out.

2.   More publishers will use registration walls.

Registration walls are a method to get the consumer to establish and share information with the website. Typically for publishers this can look like “you get 5 free articles, before you have to sign in.” This is typically a free account and a surefire way to ensure the collection of first-party data.

The downside is that publishers may lose out on overall traffic, but they will be able to engage their “super fans” at a much higher rate including email marketing and interest-based content suggestions.

The upside is that those audiences will be even more valuable to advertisers. Especially if they’ve pulled out a credit card in the process.

3.   Companies and organizations will likely be woefully unprepared.

In December of 2018, 5 months after GDPR was implemented, 50% of businesses felt that they were compliant. 1 in 5 companies felt that attaining full compliance was near impossible.

GDPR wasn’t enforced until 2 years after it was announced and people still weren’t prepared. Even though Google has pushed the date of third-party cookie deprecation back, it’s still likely that there will be a scramble for a lot of businesses and publishers at the very end.

Contextual advertising was big in the beginning of the .com era. Typically, publishers would manually sort their content by interest or type, but new technologies use AI to read and scan web pages to match ad content to the web content.

The same thing can be done with videos with ad formats like On-Stream. The ads are served at the moment in the video where the ad is most relevant. Like a tissue ad during a scene of a couple crying as they say goodbye at the airport.

5.   Other industries will rally around the change.

During the GDPR push, law firms and web service agencies who advertised that they specialised in GDPR implementation increased their profits. It’s likely that ad tech and marketing agencies that specialize in cookieless advertising will see an increase in business, especially if they corner the market early.

What Does all this Mean for My Organization?

There’s no reason to panic, the ground shifting may allow a clean slate for privacy for users and more content-focused advertising strategies to emerge. Advertisers and publishers alike should practice clear, radical honesty regarding their cookie-related data retention and management. Tell consumers (as clearly as possible) what you are intending to use their data for. Only 34% of consumers actually trust brands. Be the difference.

Zack Rosenberg is the founding CEO of CatapultX, a pioneering “on-stream” video company that is empowering today’s top brands and publishers to harness the power of AI to truly connect with consumers in-the-moment across all digital channels. Zack has played a key role in helping the leading brands, agencies and publishers to unleash the power of revolutionary digital media and advertising technology solutions since 2006.

Prior to co-founding CatapultX, Zack served in key sales and leadership roles at Keywee (now Anyword), Buzzfeed, SmartBrief and WebMD. During Zack’s tenures at these companies, he generated revenues nearing $100MM.

Zack has also helped lead the industry through his founding and leadership roles at 212, First Wednesdays and SixDegreesofZR. Through these efforts Zack helped find jobs for more than 50 people and many more through mentoring opportunities. He holds a BA in Sports Management from Towson University. He is the proud father of 3 amazing boys in Chris, Ethan, and Ronan.