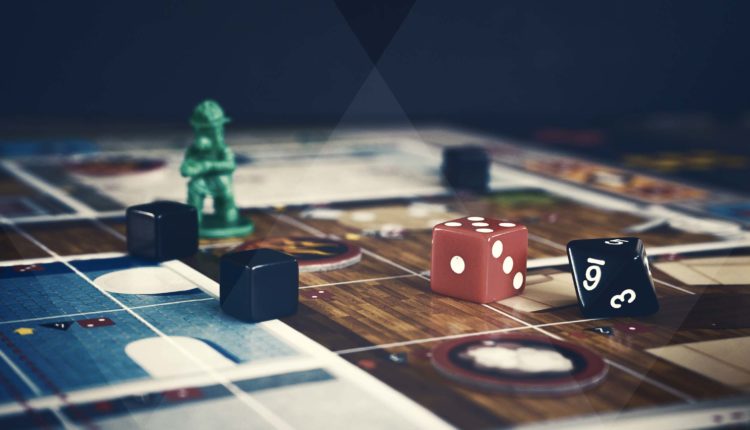 The Evolution of Advertising in Video Gaming

Marketers are always looking for new ways to engage with audiences and each new medium has brought with it new opportunities for advertisers. Product placement has long existed in Hollywood movies but was rarely seen in gaming.

As an entertainment channel, video games have existed for a long time on PCs, and later on consoles, and some of them pioneered in-game advertising. But one of the reasons advertisers held back from active product placement in games was the lack of scalable tech. The true advertising potential of gaming is only now being explored as technology advances.

Back in 1978, Advertureland included its first product placement advertising its Pirate Adventure game. In 1992, Zool: Ninja of the Nth Dimension featured one of the first, basic cartoon-style game brand ads for Chupa Chups. FIFA featured static brand ads on billboards in the first of its video game series in 1994; such product placement was to become the norm for brands in the late 1990s. The tech was limited and once the game was released, the hard-coded static ads couldn’t be changed. Nevertheless, for that era these ads were ground-breaking.

Games were also created specifically for the purpose of promoting a brand. Advergames, as they were known, included 1999’s Pepsiman. This type of product promotion was often quite restrictive in its placement and creative. During this period, video game advertising in the form of static banner ads was the norm, but there were notable exceptions. EA Nike’s branding in the Tiger Woods PGA Tour 2002, supposedly having 2,100 identifiable brand images, was one of the boldest examples.

By the time advanced models of Playstation and Xbox consoles came out, games started to become more realistic and technological advancements brought a new level of sophistication to video game advertising. Ads proliferated at an astonishing rate, led most notably by sports games such as FIFA and NBA.

Gamers could experience ads that came close to real-world examples, often in the form of pop-ups, replays or ads placed in the stadium. Still, gaming as an advertising vehicle was under-explored and not enough brands were ready to test the waters. Game developers, too, were not sure how to make advertising work in their games without harming the gameplay. 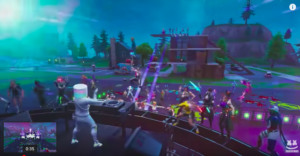 In-game advertising is now highly advanced. Traditional ad formats in the mobile space have been applied to video games, sparking interest from both brands and game developers. Today’s video game ads are an exciting playground in which to reach new unexplored audiences; they can enhance gameplay while remaining sensitive to the needs of the core gamers.

The availability of scalable advertising solutions has been a game-changer. For developers, it opens up a new monetization stream and offers opportunities to experiment with the free-to-play model that has already seen success in the mobile gaming space.

Big game studios such as Sony are already offering some free-to-play games. Epic Games’ Fortnite has been surfing the wave with free-to-play on consoles, making money via microtransactions on new player outfits or missions. And DJ Marshmello’s virtual concert made others sit up and take notice of in-game advertising’s creative potential.

Today, advertising in video games is served in a way that is sensitive to the game environment and blends unobtrusively with gameplay. Combined with the strengths of programmatic technology and ad viewability offered by in-game ad platform Anzu, advertising has experienced a new boost from the industry. Improved industry-standard creative served via programmatic channels has made ads more acceptable and verification standards offer detailed insights into how the ads are viewed. Anzu, for instance, launched the first ad-verification solution for 3D video gaming together with Cheq.

The changing profile of the video gaming audience has also shifted brands’ mindsets. Gamers are no longer bored teens hanging out in their living rooms using gaming as a form of entertainment. In the past decade or so, gamers have become sophisticated and have greater purchasing power. Today’s gamers constitute a wide user base with varied incomes and ages. In fact, a study by SuperData reports the audience for gaming is greater than the combined audiences of HBO, Netflix, ESPN, and Hulu. 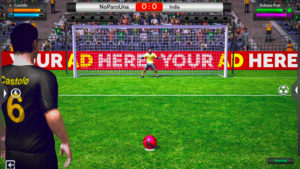 The US video gaming market is booming, generating $43 billion in revenue in 2018. The in-game advertising ecosystem is changing daily, with both brands and game developers working their synergies in creating new opportunities in the medium.

Gaming has seen a massive shift across income levels, genders and age groups. More and more people are moving to gaming and moving away from traditional entertainment media such as television. According to research, 30% of US consumers pay for a gaming subscription service, while 41% play video games weekly. Gaming is moving away from being an entertainment source to being integral to how new-era young users form connections with their friends, as well as with their preferred brands.

As brand collaborations with game developers become more common, the industry will move into a structured ecosystem demanding more advanced measures of viewability, analytics, and real-time data to improve campaign performance. This will, in turn, drive more brands to test the medium. Bringing realism to games through advanced product placement, gamers are more likely to make connections with the brand.

This is an exciting time to watch the growth of the industry and as the entry barriers get broken down by tech and product innovations, the possibilities for marketers are endless.

Rumble Partners with RSBN for Exclusive Livestreams and Ad Management