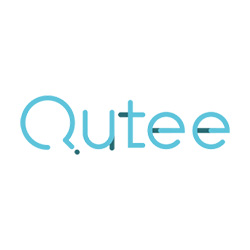 As we enter 2018, influencer marketing is going through a bit of a renaissance as marketers form stronger ties with influencer partners than ever before in a bid to create the most engaging, authentic content for their target audiences.

But as budgets rise, the number of influencers vying for revenue continues to grow. I met one company recently that claimed connections with a staggering 12 million influencers worldwide. No wonder then that ROI is such a hot topic. A 2017 report by Linqia into the state of influencer marketing found that 78 percent of marketers see determining influencer ROI as their biggest challenge right now.

It’s clear that not all influencers are created equal. While some are passionate about their subject matter and purists in their approach to content creation and satisfying audience needs, others are frankly more interested in audience growth and metrics at any cost, while more besides are simply shouting ‘show me the money.’

Many of these influencers are true experts at audience engagement and absolutely deserve to be paid for the promotional efforts that they make on behalf of brands. But as the market grows ever more competitive, a growing number of influencers in the tech/gaming space are making some changes and diving deeper to try and take both content and ROI to the next level through the smart use of data.

These ‘data influencers’ want to use qual and quant insight both to improve their own content as well as to aid their partner brands. When they ask audiences to ‘tell us what you think,’ they mean it. Yet they have also been hugely frustrated by social media platforms’ stranglehold on data, hence why many of them are now using our data comments platform, which lets them analyze comments, long-form discussions and other feedback provided by their followers for free.

FIFA data influencer HomelesPenguin, for example, used his first Qutee post to gather information from over 700 users regarding their choice of console for FIFA 18: “This information was vital. I now know which console is used most frequently by my audience and can tailor my content accordingly. It’s early days but this will help increase my video views and will ultimately have a positive effect on my subscriber growth too.”

In the fantasy game genre, League of Legends data influencer Phylol ran a ‘What rank are you?’ poll to find out where his audience sits in the League of Legends ranking system. He had been targeting his content at Gold level players so was surprised to find that more than half of his audience were Bronze or Silver level players: “These lower ranking players tend to have a much shorter attention span, so I started to make my videos shorter and more focused. It’s impossible for me to review 500-1000+ YouTube comments on a video every day. There are things that I can ask on Qutee and actually get a real breakdown of answers. This is in stark contrast to YouTube’s system, whereby people read only the most popular comments and tend to form their opinion based on these. The result is that the popular comments get upvoted even more, and any other comments get pushed further down the list, which doesn’t give an accurate picture.”

The influencers using Qutee are committed to going further and deeper to satisfy their audiences and their brand partners. We believe that these influencers should be remunerated in a more meaningful way for their efforts to further the field of data-driven digital discussion. That’s why we’re incentivizing influencers who bring their audiences to Qutee and use the platform to generate tangible, actionable data, with stock options in our business. It seems only right to give influencers a chance to form a long-term partnership for their efforts rather than a short-term paycheck. And, as the focus on influencer ROI intensifies in 2018, it surely won’t be long before more influencers vote with their fingertips and make the move into deeper, data-driven insight and action.

Qutee is the first social media site to be powered by data discussions, democratise data and hand the power of analytics technology to everyone for free. Currently in beta.

Tempo Reading will transform reading & understanding for all.

Ads.txt Experiencing Growing Pains, and What About Apps?